Can National dialogue be possible in South Sudan amid superpowers proxy war? 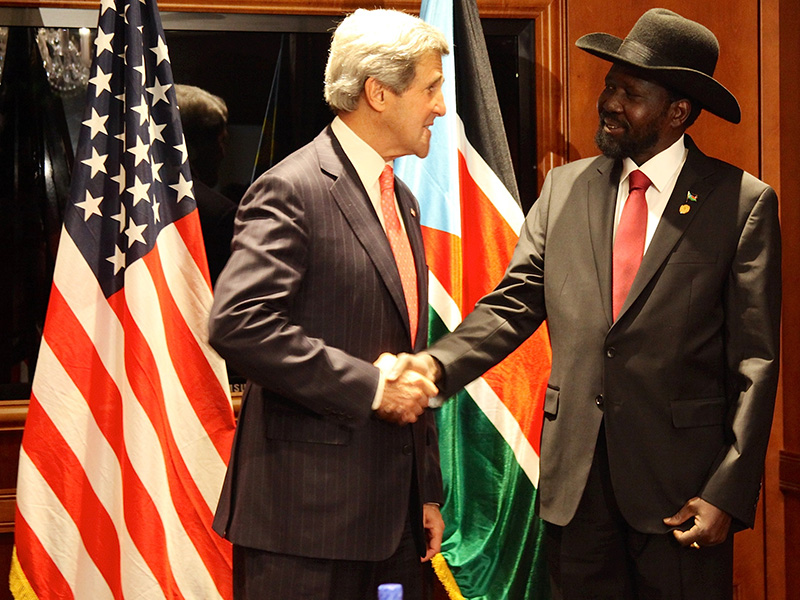 Some of the permanent members of The UN’s Security Council are weighing a tacit war against each other in South Sudan, leaving the South Sudanese as pawns in a game of geopolitics. Dr Atem Deng, a South Sudanese national and former researcher at Victoria University, says many South Sudanese believe that the UNMISS was arming the rebels with the intention of a regime change in Juba. This was because the weapons were being transported illegally as they were not declared to South Sudanese authority.

Arming Rebels was a subversive activity. Some analysts like Dr Atem said that because some security council members believe that South Sudanese government has failed to curb crimes and corruption, a regime change will bring changes more generally in the country.

While there are initiatives aimed at providing relief for the escalating humanitarian crisis in the country, such activities have at times been used as in concert with more self-serving intentions from the external stakeholders. Some security council members and neighbouring countries to South Sudan do have a significant interest in the nascent nation, and they are looking to build alliances that will give them leverage when it comes to the country’s untapped natural resources.

According to Counterpunch, the genocidal war being waged in South Sudan today was Obama’s War Because the US was paying for it. The writer, Thomas Mountain, suggests that the motivation behind Obama’s engagement in the country was all about tapping into the South Sudanese oil reserves. Mountain also sees the involvement as a powerplay, as the US wants China barred from its only only oil field in Africa.

Dr. Atem Deng stated that many Government officials within the US believe that South Sudan gained its independence because of their effort, but was not given their deserved share of the natural resources. They also think that the South Sudan government has given preference to China over the US.  Many rebel leaders made promises to the US and other Western nations as well as to South Sudan’s neighbouring countries, suggesting that if they were to attain power, external access to natural resources would be reconsidered and favour would be granted to their allies.

With opposition groups having been marginalised and weakened, Rebel leader Riek Machar who once was the Vice President in government, has been unable to generate enough support to present an electable alternative. When Machar was deposed in 2013 a sense of resentment was growing, and many rebel leaders made promises to the US and other Western nations including neighboring countries to South Sudan, that if they take over, then they will allowed access to natural resources.

China Signed an oil contract with the government of Sudan in the 1990s, before South Sudan becanme a sovereign country in 2011. South Sudan inherited the China-Sudan agreement. Currently, all the infrastructure elements such as refineries, pipielines and transport, as well as the negotiations with the investor to establish such infrastructure are all owned by North Sudan. South Sudan does not currently have the financial power to establish its own infrastructure, or the contractual ability to renegotiate.

Dr. Atem said that historically, Chinese contribution to the peacekeeping force in South Sudan had motivated by a number of factors, including protecting their investments in oil and other resources as well as confronting the West, mainly TROIKA countries (UK, Norway and the US) who are very much involved in the peace buy modafinil au negotiation and also have tremendous financial interests in South Sudan. China and Russia are already in a stalemate with Western countries within the security council, when it comes to othert conflicts, such as the ongoing crisis in Syria.

These international factions can make it challenging for establishing a national dialogue in South Sudan, as not only would the different members of the Security Council have to support it in principle, but also financially.

At the moment, the efforts in the nascent nation are serving too many different external interests, and the lack of consultation with the government and local groups is stagnating the progress, and increasing the power of rebel groups, and violence has been escalating as a result.

The national dialogue in combination with a more concerted effort on building infrastructure and schools would unite the country and increase  employment opportunities, which would be a major step towards reconciliation and stability in the country. 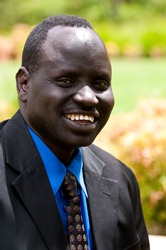 Clement Deng is a Master of Communication (Journalism Innovation) student at La Trobe Univeristy. He holds a Bachelor degree in International Development, and set up the Guiir Baai (Build the Nation) school in the Gogrial state in the Bahr-el-gazal region of South Sudan.