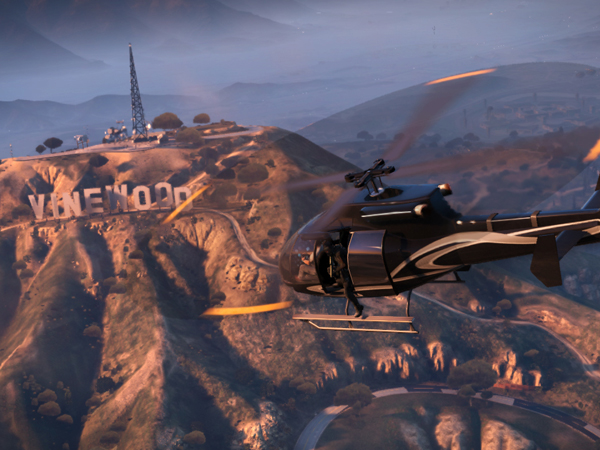 Waiting patiently for the midnight release of Grand Theft Auto V, it was amazing to see how many people had decided to show up so early in the morning just to play a new game.

I’ve been to midnight launches before but nothing like this. Thousands of people had sacrificed a night’s sleep for the new release, immersing themselves in the moment – which included raffle tickets, prize giveaways and plenty of chatter about GTA V.

Long gone are the days when video games were for a niche audience only.

GTA V features better graphics, new missions and, most importantly, new characters to play. There’s been months of hype surrounding anything and everything this game has to offer.

With an incredible budget of $266 million, it’s not surprising that it’s one of the most fervently anticipated games ever.

The development costs for Rockstar’s latest project have smashed the record for the most expensive game ever produced, a record previously held jointly by Disney Infinity and Red Dead Redemption at US$100 million (the latter was also produced by Rockstar).

Incredibly, because of the massive number of pre-orders, GTA V had already made its money back before it was even released.

GTA V is expected to make over a billion dollars in its first month alone, and will ship out at least 25 million copies by the end of the year. These numbers are on par with modern Hollywood blockbusters like Iron Man.

The new-found fiscal success of video games can largely be traced back to the success of the current generation of consoles, namely the Playstation 3 and Xbox 360.

Franchises like Call of Duty and Halo have established playing games as the norm for people of all ages, rather than being an activity reserved for teenagers and outliers.

The  opportunity to play console games online has added a real social aspect to gaming too, one which encourages friends and family to buy their own console and copy of the game.

Because more people are playing than ever before, video games have the potential to be a much bigger business in the future.

Jonathan Bolding, Features Editor of gaming magazine The Escapist, says video games are becoming as mainstream as TV and movies.

“Video games [broke into the mainstream] when the stock market started taking video game companies as seriously as they take television and movie studios,” says Bolding.

“Video games are contributing to the fracturing of the mainstream, realistically. They’re breaking in where TV and movies did before – making more and more competitors for people’s time and attention.”

Seeing an ambitious project like GTA V achieve unprecedented financial success cements gaming as a much bigger force to be reckoned with in the entertainment industry.

There’s a glimmer in the eye of video game producers at the possibility of making huge profits, and gaming studios might find it easier to acquire a bigger budget now than in the past.

“There are very few studios like Rockstar. Others could be given the same budget, but wouldn’t get the same results. It’s part of a unique culture happening at that developer,”says Bolding.

“You can bet that for relatively small, visionary studios who have really made it into the big leagues, like Rockstar, escalating budgets are going to be the new norm.”

While bigger budgets seem to be a trend likely to continue, Bolding doesn’t expect another game to top Rockstar’s record any time soon.

“The only other truly comparable developers at work right now are Blizzard and Valve, both of whom haven’t revealed what game they’re working on,” says Bolding.

“EA,  though, or another large publisher, isn’t ever going to spend that much money on a game. They make a lot more money from pushing out a game every year for a third the price.”

It remains to be seen what sort of effects a big-budget games industry could have on the medium as a whole. However, it’s unlikely every studio will inflate their price tag – there’ll always be room for the little guys.

Judging by early predictions, there’s a strong chance that Grand Theft Auto V will become the most successful video game of all time. And all that money made a pretty good game. It’s time to get out there and see what Los Santos has to offer.