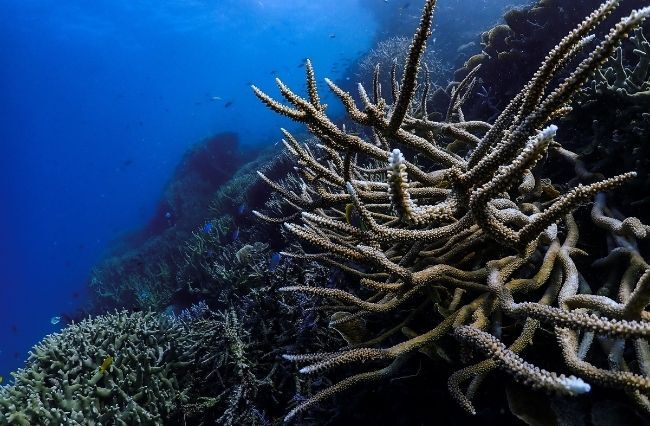 The Great Barrier Reef has lost more than half of its coral since 1995 due to the increase of warm weather driven by climate change. The new report by the Australian Research Council (ARC) found that all types of corals have suffered a decline across the world’s largest reef system.

Researchers have found that alongside climate change, mass bleaching events between 2016 and 2017 have had the most significant impacts on coral deterioration. They say without a sharp drop in greenhouse gas emissions, the coral’s chances of recovering are quickly declining.

“We used to think the Great Barrier Reef is protected by its sheer size,” he said.

“Our results show the ability of the Great Barrier Reef to recover -its resilience – is compromised compared to the past, because there are fewer babies, and fewer large breeding adults.”

Researchers say that they don’t have an overall picture of the reef’s current health and believe that it could possibly be in more danger than evidence suggests. With this September being one of the hottest on record for Australia, scientists urgently call for the government to abandon any plans to support new gas developments and focus on reducing emissions.

Dr Martin Rice, climate Council’s Head of Research, says if we keep seeing record-breaking temperatures then the sea will continue to suffer from the consequences.

“These record temperatures are having a devastating impact on the reef. We have now seen three mass bleachings in just five years. The longer we delay meaningful climate action the more disastrous the consequences will be,” he said.

“To protect the reef, we must urgently reduce our greenhouse gas emissions by transitioning away from coal, oil and gas.”

Cairns regional council have proposed 16 new recommendations to the Queensland and Federal Governments part of a new long-term strategy to protect the Great Barrier Reef. The Federal and Queensland Governments are investing more than $2.7 billion from 2014-15 to 2023-24 in an effort to implement the Reef 2050 Plan.

More than $1.9 billion is being invested by the Morrison Government, an unprecedented investment. A spokesperson for the Federal Department of Environment said the government will continue to fund its scientists in an effort to reinforce the Australian Government’s commitment to global action on climate change

“The Reef 2050 Plan, jointly developed with the Queensland Government is the centrepiece of Australia’s Reef protection efforts,” they said.

“Its focus is on supporting the Reef’s health and resilience in the face of climate change by reducing local and regional pressures.”

Photo: Acropora’s eye view by Kristin Hoel available here and used under a Creative Commons Attribution. The image has not been modified.