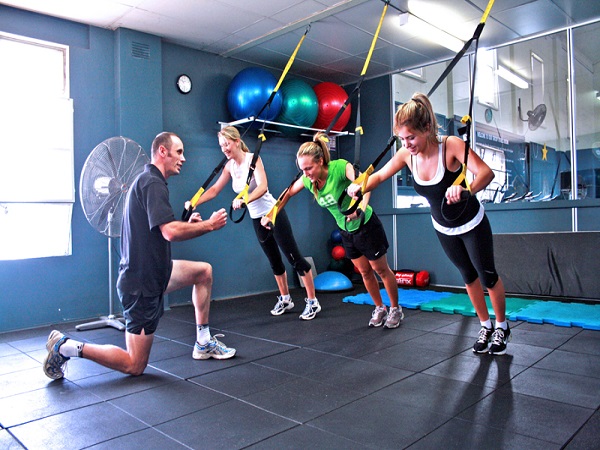 Gyms are suddenly everywhere. The notion of going to get toned and fit has always been a goal for some, but as studies show, many more people are choosing to patronise gyms Australia-wide.

According to an IBIS World research report on gyms and fitness centres in Australia, the industry has shown a healthy annual growth of 4.8 per cent from 2009 to 2014, with no sign of decline.

A survey conducted in 2012 by Fitness Australia says the fitness industry is growing at a faster rate than the wider sports and recreation industry. Gym workouts are now the second most popular form of exercise after jogging or running.

So what has driven more Australians to visit the gym in recent years?

There are a number of contributing factors. Australia’s growing obesity rate has forced the government to organise more health awareness campaigns, and gyms are now offering more exercise programs for beginners.

The introduction of budget 24 hour gym chains have also been well received due to their affordable and accessible nature. It might not be clear who would want to exercise in the middle of the night, but for some reason, these gyms do a healthy trade.

And, as is so often the case, social media has played a huge role in the increase in popularity regarding gyms. With pages dedicated to inspirational quotes, work out tips and techniques, there is no doubt that many young people are indeed “gyming it”.

Social media has spread popular phrases such as “do you even lift?” as well as the squatting phenomenon. A gym ‘selfie’ is also common just to prove to friends that you have in fact been working out.

Having first completed a certificate in fitness when she was 16, Liana has worked for several gyms in Melbourne’s north and has noticed the number of gyms and gym goers increase.

In her experience, she has encountered droves of young people who have just graduated high school and want to be personal trainers.

“The fitness craze will get bigger. Because of all the health issues Australia has, the industry will never die.”

According to IBIS, the $1.31 billion fitness industry employs 19,573 people and includes 2,834 businesses in Australia. The personal training profession continues to flourish.

Weight loss reality shows such as The Biggest Loser have created celebrity personal trainers, making the profession seem glamorous and appealing to audiences.

Michelle Bridges, a trainer on The Biggest Loser, has become so reputable that people pay to participate in her 12 Week Body Challenge without even getting to interact with her during the process.

What does all of this mean for young trainers entering the fitness industry?

It is great news. Most suburbs play host to at least three or four gyms or fitness programs that provide an abundance of job opportunities.

The risk of competition between these fitness arenas is also minimised by the fact that most of them are tailored to specific needs. For instance there will often be a women’s gym, budget gym, 24 hour gym, body building gym and boot camp program all in close proximity, but in the end, they serve very different clientele.

Ultimately, it’s important for people to maintain active lifestyles to remain healthy. And it is safe to say that society’s preoccupation with physical appearance is not going anywhere and neither is the gym craze.

Lauren Colosimo is a third-year Bachelor of Journalism student at La Trobe University and a staff writer for upstart. You can follow her on Twitter: @laurenacolosimo.