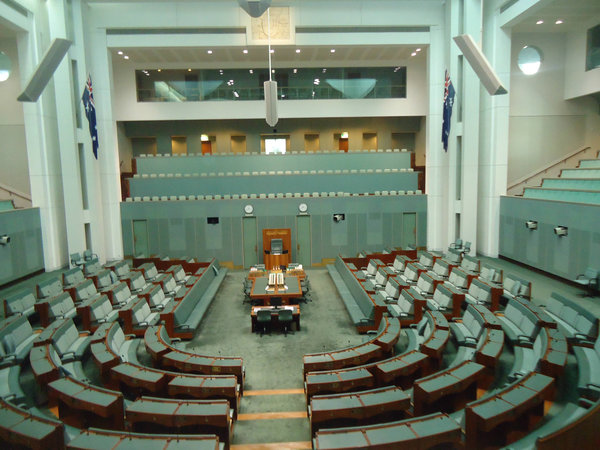 Right around the country, MPs are crunching the numbers. There are 150 seats in the House of Representatives so either party needs to win 76 seats to form government. Labor managed it in 2010 with 72 seats and a commitment of support from three independents and one Green.

From the outset, the smaller players decided how the 43rd parliament would be run. This time around, both Labor and the Coalition are determined to form government outright. So determined in fact, Tony Abbott has vowed he won’t do deals with independents or minor parties if this election delivers another hung parliament.

Greens Senator for New South Wales, Lee Rhiannon, says that a hung parliament gives the Australian people something that isn’t often seen when one party holds complete power: a debate. “I very much think minority governments are fantastic. They got really bad press in the last three years, which is a very lazy form of journalism. If you look at Europe, so many of those countries have minority governments and people just got used to it. You get good outcomes because the debates come out of the party rooms and are held in public,” she says.

The last three years of parliament have been peppered with allegations of misogyny, a leadership challenge that would not go away, and, of course, the carbon tax.

However, the Gillard government’s lasting legacy consists of an education revolution, the establishment of the National Disability Insurance Scheme, and the Royal Commission into Institutional Responses to Child Sexual Abuse. This is not a finite list of achievements of what has been achieved by a minority government.

Labor MP Kelvin Thomson says this hung parliament has been different: “I’ve served in quite a few parliaments now and this has been unlike any other where the government simply did not control the House of Representative or the Senate and had to negotiate with the independent and the minor parties to get their legislative program through. Having said that, a large part of the legislative program did get through, and we managed to do lots of things.”

According to the Parliamentary Education Office, 585 laws passed through Parliament House, with 87 per cent of those having bipartisan support.

The numbers are too close to call, with Essential report research stating that the Coalition remains in front by a slim margin. The retirement of independents Rob Oakeshott and Tony Windsor means that the electorates of Lyne and New England will be a battleground for both major parties. While each party will do their utmost to bring themselves to power, the achievements of a minority government cannot be forgotten. For some, it caused angst, but for the Australian population, it produced an open debate.

Thomson says that a repeat of the past three years is improbable: “It seems unlikely to me that there will be a significant number of independents or others in the parliament, and therefore unlikely that it will be a hung parliament, therefore whoever is elected the government is likely to have a majority in the House of Representatives.”

“Often the government of the day doesn’t have a majority in the Senate, so you still have to talk to people to get the legislation through,” he says.

If one party forms government outright, the real task of policy debate will fall upon the Senate – a place where all parties are working hard to find the balance.