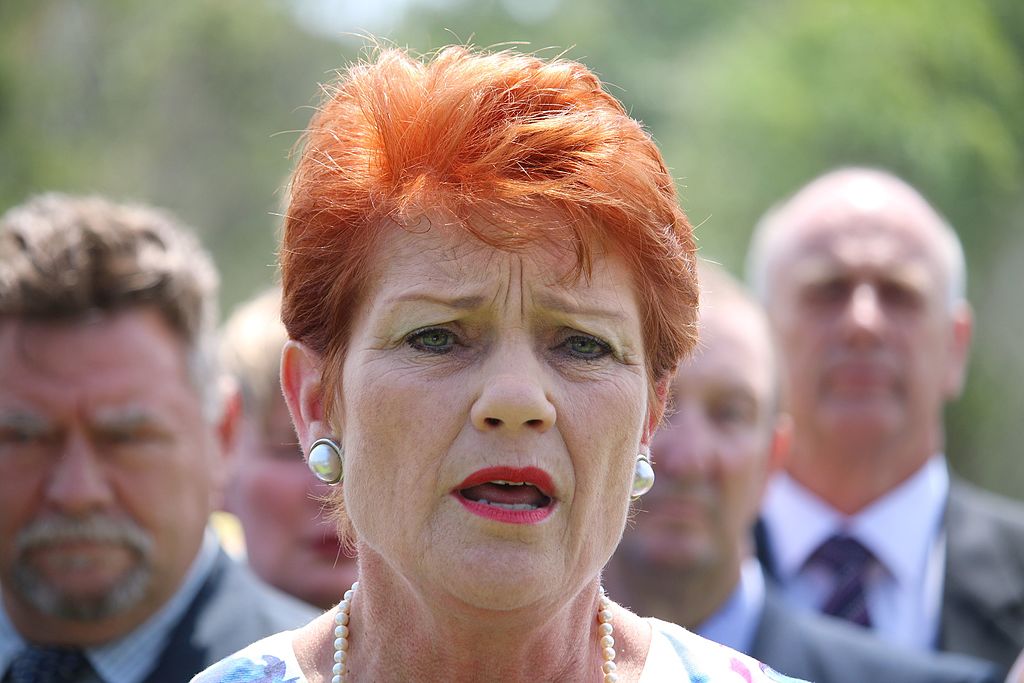 Politicians and journalists have reacted to Pauline Hanson’s ‘it is okay to be white’ motion that was barely defeated in the Australian Senate on Monday.

The Senate voted 31 to 28 to reject the One Nation leader’s motion, which acknowledged the “deplorable rise of anti-white racism and attacks on Western civilisation” and “that it is okay to be white.”

The governing Liberal-National Coalition supported One Nation in voting for the motion, along with senators Cory Bernadi, David Leyonjhelm and Fraser Anning.

Prior to the vote in parliament on Monday, Hanson said she hoped that the Senate does the “reasonable thing” by supporting the motion.

“Anyone who pays attention to the news or spends any time on social media has to acknowledge that there has been a rise in anti-white racism and a rise in attacks on the very ideals of Western civilisation,” Hanson said in parliament.

“I would also hope the Senate does the right thing and acknowledges that it is indeed okay to be white. Such a simple sentence should go without saying, but I suspect many members in this place would struggle to say it.

“People have a right to be proud of their cultural background, whether they are black, white or brindle. If we can’t agree on this, I think it’s safe to say anti-white racism is well and truly rife in our society,” she said.

Following the defeat of the motion, Attorney-General Christian Porter took to Twitter, saying that the vote proved the Coalition disapproves any form of racism.

“The Government Senators’ actions in the Senate this afternoon confirm that the Government deplores racism of any kind,” Porter said.

However, Porter’s fellow Liberal Party member Mathias Cormann this morning apologised for the Coalition’s support of the motion.

“We deplore racism of any kind and there is no question in my mind that the decision we made in September to oppose this motion, is the decision that should’ve been implemented yesterday,” Cormann said in a press conference.

“As a result of an administrative process failure that didn’t happen,” he said.

Tim Storer, an independent senator for South Australia, said on Twitter that white oppression is not a problem in Australia.

“They [White people] dominate the political and cultural leadership of the nation. In regards, to Sen Hanson’s motion Coalition Senators should have thought more deeply before they voted,” he said.

“I am proud I was part of the majority that defeated it,” he said.

“Imagine being that scared of Pauline Hanson that you vote for a racist meme days before a by-election in one of the country’s most socially progressive electorates. It must be exhausting,” he said.