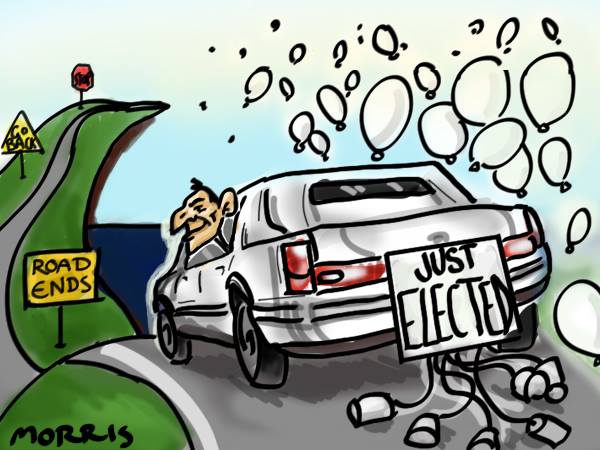 As of the past week, polls reflect that although the Liberal government is not the most popular choice among Australians, it is still polling higher than the Opposition.

Although the polls are usually inaccurate representations, Dr Nicholas Barry, Professor of Australian government and politics at La Trobe University, thinks that the depiction is relevant and describes it as the ending of the Liberal government’s ‘honeymoon stage’.

“Normally a new government will remain really popular for the first year or 18 months or so, I’ve referred to it as the ‘honeymoon stage’,” Dr Barry tells upstart.

“The quick recovery of the Labor government demonstrates that the honeymoon stage could end quickly for the Liberal government,  even though an election is quite far in the future,” he explains.

The recent polling shows that the support regained for the Opposition is putting pressure on the Liberal government.

“Labor has recovered quite a lot of ground in the last 6 months,” Dr Barry says.

The Labor government lost a majority of its support in 2013 due to issues related to leadership mistrust. After Bill Shorten and Anthony Albanese stepped into leadership roles, the Opposition have been gaining ground, and quickly.

This renewal of support provides an impression of stability, and has shown that support is no longer a one sided affair.

Dr Barry explains that if an election were to be held soon, the Opposition would have a good chance of winning due to the slowly narrowing difference in popularity between parties.

Although the expectation placed upon the government wasn’t high due to its low-key approach to the 2013 election, Dr Barry says that for this reason the  ‘honeymoon stage’ is coming to an end.

“Tony Abbott spent a long time in Opposition, and not coming close to winning office. This has clearly had a negative affect on the hype surrounding new government, and is affecting them negatively,” he says.

Dr Barry is also sure that Tony Abbott’s personal ratings are playing a large role in the rise of support against the Liberal government.

“They’ve never really been a strong point, and his opposition leader ratings have never been unusually high either,” he says.

One of the ways Abbott is continuing to maintain a small amount of popularity is through a carefully controlled media strategy.

“His aim is to paint himself in the best light possible, controlling what is said in the media as strictly as possible,” Dr Barry explains.

“No matter how strict media control is, guaranteed control over every situation is virtually impossible. This has worked against Abbott recently.”

The recent lapse of this media control is seen in a video in which Tony Abbott is filmed  by a student being asked tough questions by other students on a school trip.

Due to his inability to answer properly, the visit was cut short.

Dr Barry says, “Tony Abbott’s inability to handle the situation particularly well highlights why the government is trying to control media so extensively. Abbott found it difficult to answer the questions, and thus creates greater controversy which is again, not helping them.”

How will the Liberal government stay afloat despite the flood of support for Labor?

“The Liberal government is just not popular enough to pull off that sort of stunt,” he says.

“And they really can’t afford for it to fall the other way.”

Sherydan Fitzgerald is a third-year Bachelor of Journalism student, and the Politics and Society co editor here at upstart. You can follow her on Twitter: @SherydanFitzger.