Beauty filters allow us to enhance our appearance, but what does that do to our self-esteem and body image? 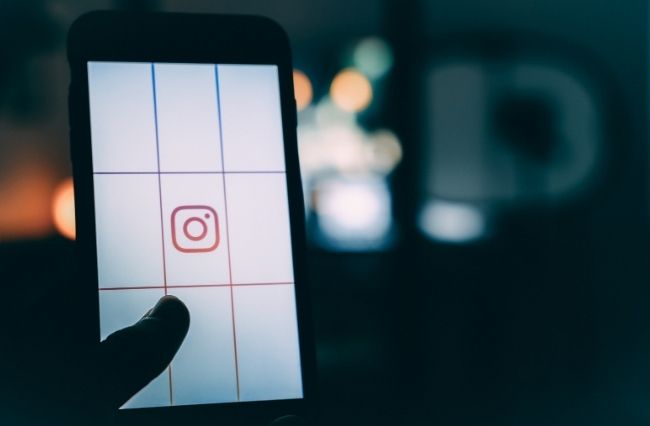 It’s now easier than ever before to make a completely new face and body on social media. Smoothing your skin, enhancing your lips, erasing the tiny stretch marks on your thighs, even changing your eye colour – this is all possible with editing apps like Facetune and beauty filters allowing users to completely alter their appearance.

Although social media has provided us with opportunities to connect, network and share information, Instagram feeds have become a never-ending reel of highly edited and carefully curated images, creating another set of issues. It has become quite difficult for social media users to distinguish between what’s real and what’s been re-touched or tweaked to fit within society’s perception of beauty.

In October 2019, Instagram announced they would be banning many of their augmented-reality filters, which allow users to transform their face in a way that mimics plastic surgery. However, although harmful face-changing filters like FixMe and Plastica were removed, many other face-altering tools are still accessible to people today.

The issue of body image and low self-esteem is already a growing concern in young people, with as many as nine in 10 teenage girls saying they are unhappy with their body. Now, with over 100 million photos being uploaded to Instagram each day, the potential to draw appearance-based comparison has skyrocketed.

“If people feel that they need to use filters and other methods of changing their image or their appearance, they’re probably not very confident with how they look in the first place,” Paxton told upstart.

“You’re starting with a group that’s probably more vulnerable than others.”

A 2019 survey led by Girlguiding UK found that 45 percent of girls aged 11-16 regularly used apps or filters to change their appearance. Paxton warns of the problems that can arise when young people start altering their photos and comparing themselves to already manipulated images on social media.

“Internalisation of appearance ideals is when you take on as your own value the notion that you’re to look in a particular way,” she said.

“The more you use these kinds of filters, the more you focus on your image and how you want to look, the more likely you are to take on appearance ideals.”

To avoid the internalisation of appearance ideals, activists and the charity, Girlguiding, are calling for a law that would force social media influencers and brands to label any images that have been digitally altered.

The law has been designed to flag unrealistic beauty standards in the media and online. University student Maggie McAllister, 21, is one of the many Instagram users that will benefit from the law, as each day they are exposed to an Instagram feed filled with selfies that have been retouched.

“I sometimes find myself comparing my appearance to these filters and look at small changes I could make to improve my appearance, like lip-filler or cosmetic tattooing, and that often leads to a negative impact on my self-esteem,” McAllister told upstart.

Paxton says that there is evidence to suggest that the best way to combat the issue of comparison is social media literacy, an idea that encourages the critical evaluation of the media you are viewing. However, despite this being a protective method of thinking, it doesn’t completely eradicate the problem.

Ebony May is a nutritionist and personal trainer, who has recently been working towards using her Instagram as a place to promote the concept of body neutrality.  Her work challenges the body-positivity movement and encourages people to focus on what their bodies can do rather than what they look like.

“I’ve been posting photos and if there is a stomach roll, I almost feel the need to address that and say ‘body-positivity’,” May told upstart.

“I think we need to start just making it normal, because it is normal.”

In a time where our “screen time” has become our all the time, how are audiences supposed to protect themselves from the nasty comparisons and negative body image?

Some would say the answer is simple: stop editing your images. Follow more body positivity accounts. Remind yourself that these images aren’t real. But, in reality, it’s not that easy.

Professor Paxton recognises that people want to portray themselves in a positive light and rarely do people feel comfortable uploading “ugly” images of themselves. Aside from constantly reminding yourself that many images on social media are not accurate points of comparison she encourages people to present themselves realistically.

“We suggest that people don’t just present images of themselves on social media, but of their activities and things that they enjoy,” she said.

“Their lives are not just superficial appearance, it’s everything else that they’re doing, that they’re involved in, their hobbies, skills and talents.”

As a young woman with a few thousand Instagram followers, Ebony May has been striving for the type of platform psychologists like Paxton suggest, showcasing her hobbies and passions rather than contributing to the ever-growing feed of false faces.

“We need to start thinking, okay, maybe our bodies aren’t the most important things about us. Maybe, what we do, our intelligence and how we make people feel is just as, or even more important,” she said.

Article: Aisling O’Mahony is a third-year Bachelor of Media and Communications (Media Industries) student at La Trobe University. You can follow her on Twitter @AislingOMahony.

Photo: Person using smartphone with Instagram logo screengrab by Luke van Zyl available HERE and used under a Creative Commons Attribution. The image has been resized.