Coffee can provide many health benefits, in moderation 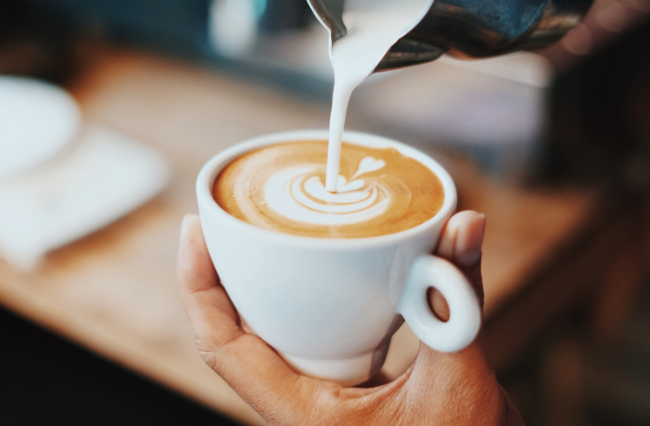 How do you like your coffee? Long black? Latte? Do you add any sugar, or do you prefer syrup? Full cream or soy milk? Perhaps you’re reading this article while enjoying your preferred brewed beverage.

For those who get up early and need an extra kick of energy, a coffee is often the way to go. But for Dino Palma, it doesn’t stop there. As a regular coffee drinker and a frequent customer at his local café, he enjoys several cups every day.

“I started drinking coffee at 17 or 18, so that makes it around 35 years … I usually have three coffees a day, one in the morning, one at lunch time and one after dinner,” he tells upstart.

As a fruiterer, Palma uses coffee as a way to gain more energy and stay alert due to the demands and physicality of his job.

But how does coffee actually make you more alert?

Dietitian and Nutrition Lecturer Dr Jessica Danaher explains that the caffeine in coffee blocks the travel of an organic compound that makes us feel tired.

“When you are physically working or using your brain intensively throughout the day, you will accumulate a compound called adenosine, and adenosine works on the brain by locking into receptors and causing drowsiness,” she tells upstart.

“When adenosine is trying to lock into that receptor in the brain to cause drowsiness, caffeine will interfere with that process, and that will therefore make you feel more alert because you’re not getting the adenosine that causes drowsiness and sleepiness.”

It is known to also provide a series of other health benefits. Danaher explains that the caffeine in coffee has been shown to help with weight control and weight loss, “particularly when it’s used with exercise”.

“It works best if you drink the coffee black, so you just have the caffeine without the milk added, and particularly in a fasted state,” she says.

“It will help release a greater amount of adrenaline, and that adrenaline will then go and help you break down your fat stores. And when you’re exercising, that excess breaking-down of fat stores can let your muscles use that as energy.”

But wait, don’t rush off to your local café just yet. Danaher also says that it’s possible to have too much caffeine, as there is a certain amount of caffeine that most people should have per day.

However, having more than this recommended amount could lead to not only short-term side-effects such as jitters and insomnia, but some bigger health risks.

“There are some studies that have suggested that having too much caffeine can exacerbate heart problems,” she says. ”That’s because caffeine at high levels might increase blood pressure at least in the short term, and therefore might be linked to some heart problems.”

So it’s fair to say one or two cuppas a day most likely won’t leave you with any negative effects, but if you’re worried about the amount of coffee you are consuming and whether it will have an impact on your body, you should talk to your doctor.

Article: Peter White is a third-year Bachelor of Media and Communication (Media Industries) student. You can follow him on Twitter @peterwhite0

Photo: Person making latte art by Fahmi Fakhrudin available HERE and used under a Creative Commons Attribution. The image has not been modified.