Many charities across Australia are experiencing problems due to COVID-19. 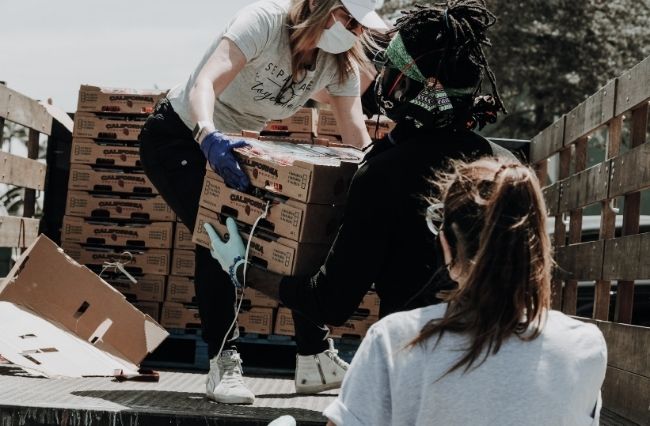 Charities have always been places that connect to people in need. Places where we can go to help someone out, knowing that our actions are changing lives. But this year, COVID-19 left these life-changing centres with little choice but to shut down or limit their services.

A survey of 500 charities by The Institute of Fundraising in the UK found that charities were reporting a projected loss of 48 percent in money donations, which makes up part of a charity’s annual income. They also found that 52 percent of charities had reduced existing or previous levels of service. A similar situation is unfolding here in Australia.

Belinda Smetioukh, Media and Communications Manager at Lifeblood believes the pandemic has affected the Red Cross branch in many ways, including a reduction in blood donations from many Australians both in March, at the start of the pandemic and during Victoria’s second wave.

“We actually need 31 thousand donations every week across Australia, and that’s no different through the pandemic.”

Despite this, Smetioukh says Lifeblood has been able to successfully operate throughout the pandemic thanks to their forecasting models.

“When we start to see people cancelling and not turning up, that’s when we put that first call out to donors across the country to come in and donate,” she said.

One reason fewer people are donating blood may be due to the  perception that it is unsafe to do so during a pandemic. However, Smetioukh says they’ve always been ordered to follow strict cleaning guidelines, with even more processes now put in place to ensure safety. These processes include new cleaning procedures and extra safety precautions to ensure they’re receiving healthy blood, as well as “social distancing where possible in [the] centre”.

Smetioukh says that those in good health have always been the selected candidates to donate, but they’re now being that extra bit careful.

“A donor will have to answer some questions and have their temperature taken before coming into the donor centre.”

Smetioukh agrees that restrictions across Australia have limited the operation of many organisations, but believes that donating blood is one of the most important charities in need of help during these times.

“It’s important to remember donating blood is an essential service,” she said.

As charities are unable to provide their usual services as a result of the pandemic, many volunteers have too found themselves impacted by charity closures. The Reset 2020 Research Study found that many charity organisations have either stood down or reduced volunteers’ hours, with 56 percent of organisations unable to deliver their services in their usual matter.

Nick Pearce is the CEO and Co-Founder of HoMie, an organisation that had to cancel the majority of the their programs during the pandemic. With their store closed and their employment program put on-hold, the group have lost essential elements that contribute to their overall purpose.

“It’s been tough because the store’s a big sales channel for us, but even more so just not being able to have the impact that we usually have is probably the key thing that’s hurt us,” Pearce told upstart.

“One of the big key parts of the program is to be able to break down some of those employment barriers and obviously employment’s been very difficult this year.”

HoMie has been able to operate online, but Pearce explains it isn’t to the extent they’d hoped for.

“We’re fortunate that we have an online store so we’ve been able to have some sales which has definitely helped,” he said. “But [we’re] certainly not operating to the capacity in which we’d like.”

As a result, Pearce believes that many of the young people he helps are being affected by the charity’s partial closure, and he is disappointed that the organisation hasn’t been able to provide as much support as they would have hoped. However, Pearce assures that these individuals have dealt with more difficult circumstances than the pandemic, having a stronger mindset compared to others.

“The reality is that I think these people already have far greater developed resilience than a lot of us can comprehend,” he said.

“They can cope with it, and they have dealt with things far more significant than this before.”

Pearce says some positives may come out of Victoria’s lockdown, as he believes it has made us more compassionate.

“If anything, this whole experience has opened people’s eyes up and developed empathy that may have previously not been there,” he said.

“We can all now understand a bit what it’s like to not have as much purpose, to live the same day over and over again.”

While some charities have become inundated with donations throughout the months in lockdown, there are still some in need of a helping hand. And it’s not just about giving out spare change with Pearce saying that compassion can be shown just by saying hello.

“You can always give a smile and just say g’day,” he said. “The biggest [way to show support] is [by] acknowledging existence.”

Author: Peter White is a second-year Bachelor of Media and Communication (Media Industries) student. You can follow him on Twitter @peterwhite0

Photo: Woman in white t-shirt and blue denim jeans sitting on brown cardboard box by Joel Muniz available HERE and used under a Creative Commons Attribution. The image has not been modified.