AFL players and psychologists explore why education on the issue is so important. 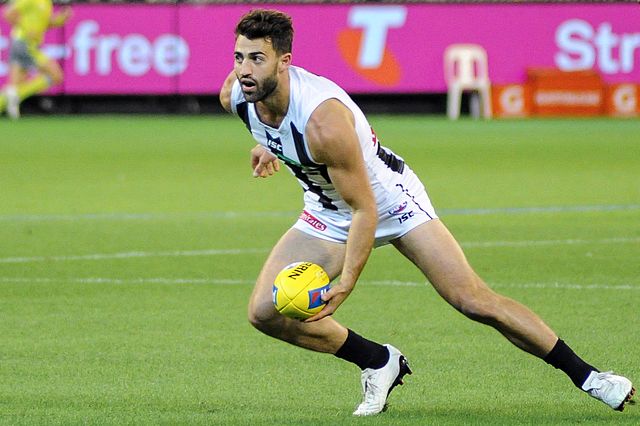 Since Gillon McLachlan spoke on behalf of the AFL clubs who voiced their belief that mental illness is the biggest issue in the game, Carlton recruit Alex Fasolo says the response from the league and its clubs has been positive.

Fasolo opened up about his battle with depression in 2017 while playing for Collingwood. He says there has been improvements made by the AFL and its clubs in battling the issue.

“There’s been a massive shift,” Fasolo told upstart. “Every club has a psychologist, the AFL Players Association [has] a group of psychologists you can see externally from the football club [and] each club has a wellbeing and a player development officer.”

The Carlton forward added that coaches are now hired with a balance of footy smarts, but also the ability to create relationships and understand the struggles players go through.

“I know the coaches get educated on this,” Fasolo said. “I think what clubs were missing was the fact that these young players are so greatly influenced by their assistant coaches … and these coaches were pretty uneducated around mental health … so I think that’s been a shift.”

Even though more awareness has been raised for mental health today, this wasn’t the case in the 1980s.

Former champion Carlton player Geoff Southby knows this all too well, having suffered depression in his playing days. He discussed the issues he faced throughout his career on Open Mike in 2017.

“You didn’t really want to expose the problem you had because of the stigma around it all,” he said.

“It was at the time when it was all very hush hush, and at this stage it was all kept in the closet and it was part of that stigma of depression at the time.”

In a demanding league where standards and expectations continue to rise, Fasolo believes there has been a change in how the league and its clubs help their players.

When he entered the league in the 2010 draft, Fasolo said that Collingwood had wellbeing managers and a psychologist. Although they were helpful, they were focused on how the players’ feelings affected their performance on field, not how they were as a person.

But now he believes clubs focus on looking after the person and not the player first, taking the footy aspect out.

Fasolo believes the AFL is trying to do the right things in its battle against mental health, but says further education is necessary to continue to reduce the stigma around it.

“Education is the way out of this issue I would have thought, and I think the AFL is heading in the right direction, [there’s] still a long way to go though,” he said.

Blight claimed that there was an issue arising where players used mental health as a defence for their actions instead of owning up to them.

“Clinical anxiety, I don’t understand it, it’s the first time I’ve heard it … is it a con?” he said. “No one points the finger at the person who did the wrong anymore and says; this is wrong.”

He continued to talk about mental health in its broadest form, following comments from AFL CEO McLachlan saying that it was the biggest issue in the game.

“What is wrong with the industry if all of a sudden mental health, which I’d never heard about in the first 50-years of my football life, suddenly pops up as the major issue?” he said. “When you walk up and get your first beer and then your second beer, is that a clinical anxiety attack?”

Michael Inglis, a sport and performance psychologist with The Mind Room says that Blight’s comments explain why education is needed on this issue.

“The confusing part about all of this in the AFL world about the mental health versus substance abuse … is that when someone has a drinking or a drug problem, that is actually a mental health issue,” he told upstart.

“It’s a psychological issue on its own, but we also know that one of the behaviours that people self-medicate when they have depression or anxiety is alcohol or drugs,” he said. To the industry’s credit, the influx of players speaking publicly about their mental health battles has increased.

Since 2015, seven players have opened up about their mental health issues. This was led by Lance Franklin in that year, who withdrew from the Sydney Swans’ finals series because of mental health issues. He was followed by Alex Fasolo, former Collingwood premiership player, Travis Cloke and Western Bulldogs forward, Tom Boyd.

To those that have been through their own battles, and experts such as Inglis, the reason why more players are speaking up is all down to education. In the past, players, coaches, doctors and fans had never been taught about these problems. This is where the stigma continues to be an issue in the industry today.

The AFL and its clubs have now stepped up in this area, as players and staff receive information on the illness regularly now. More clubs have hired psychologists and the AFL appointed its own mental health officer in 2019.

Fasolo believes the lack of education was the main factor behind the stigma of mental health, but it has improved since he was drafted.

“I think a lot of players for a lot of years have been walking around saying ‘something’s not right here’ … and not speaking out, but now there is more education, more specialists in the field and around the clubs,” he said.

Inglis agrees with Fasolo, adding that the education for players from the league and their respective clubs has allowed more players to speak publicly than ever before.

“I think initially the AFLPA was really good at providing education for the players … and now I think that clubs are jumping on that as well and providing more information inside the club too,” he said.

Ollie Nash is a third year Bachelor of Media and Communications (Sports Journalism) student at La Trobe University. You can follow him on Twitter @ollie_nash44.

Photo: Fasolo handballing by Flickr found here and used under a Creative Commons Attribution. The image has not been modified.