Despite the success of the AFLW, knee injuries are a major problem within the league. 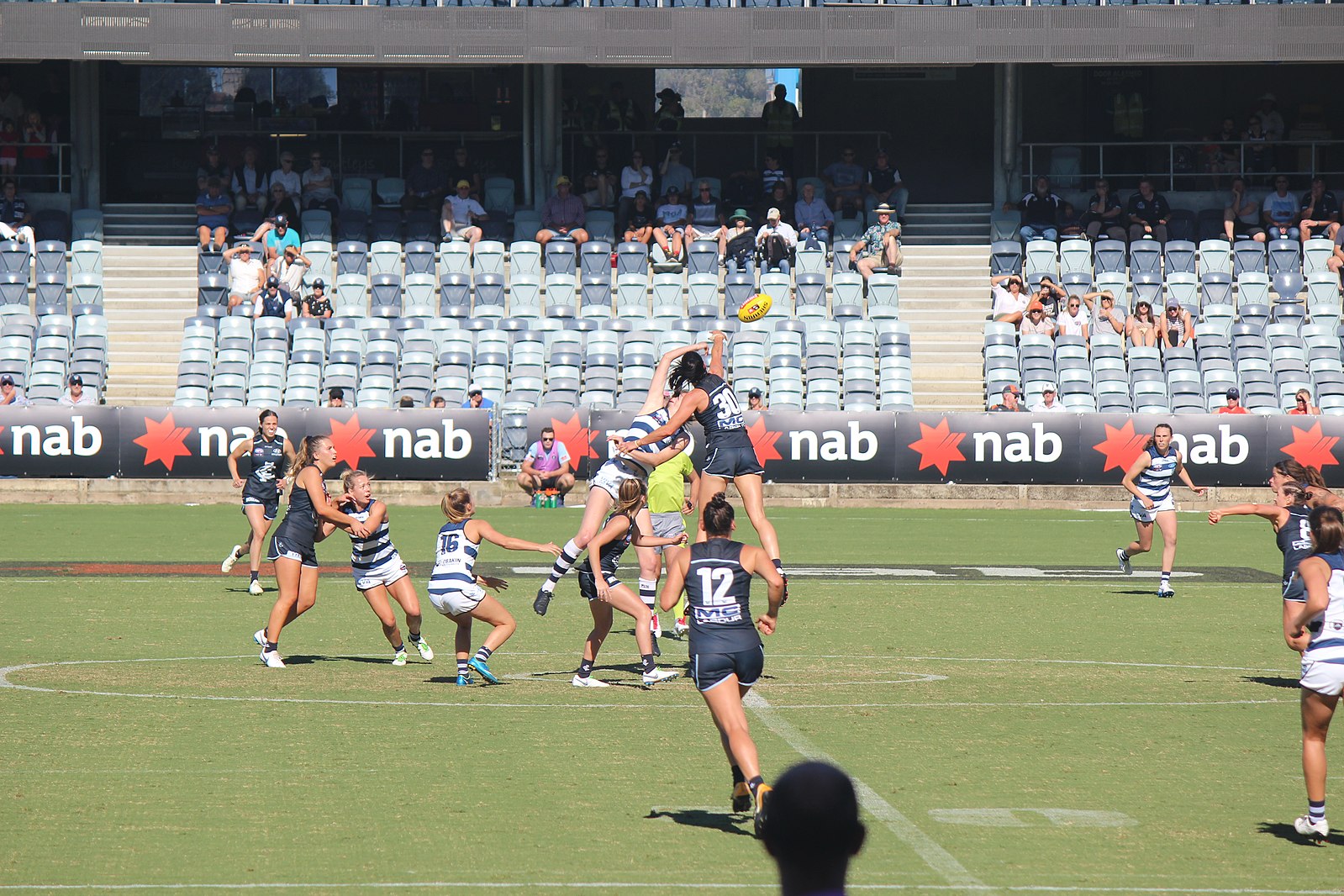 The ball is thrown up at Trevor Barker Oval in Sandringham, the two rucks compete, the ball spills free and lands in the hands of Jess Hosking. She gathers the ball, takes a step and then suddenly, she falls to the ground. She had ruptured her Anterior Cruciate Ligament (ACL). Within 30 seconds of the game getting underway, she would find herself spending the next 12 months on the sidelines in rehab, recovering from what seems to be increasingly common in female football.

Since the horrific injury, Hosking has formed a career for herself in the AFLW playing for Carlton.

“I had surgery within a week of doing my ACL. They did a double hamstring tendon graft as the first tendon was too small,” she told upstart. “It was a slow start to rehab as I wasn’t allowed to run for the first three months and that made the next few months extremely slow.”

However, there was hope for Hosking, as she aimed to be selected in the AFLW draft prior to the inaugural season in 2017.

Hosking says that being drafted by Carlton in 2016 was significant in her recovery. AFLW clubs, like all elite sporting organisations, have programs in place that are designed for players returning from long term injuries.

“We were put through an ACL prevention program that focused on five key areas that impact the athlete,” she said. “We had information given to us, rehabilitation programs and ACL exercises implemented into our training as well as mental health training for injury. Carlton particularly did anything and everything needed to get me back to playing footy.”

When players suffer a knee injury it’s not only a physical battle but also a mental battle.

As a Carlton player, Hosking was on the field during the 2019 AFLW Grand Final where Adelaide duo Erin Phillips and Chloe Sheer both sustained serious knee injuries. Hosking says the impact of witnessing Sheer and Phillips rupture their ACLs had a significant effect on her as an athlete that has gone through the same injury.

“Personally, the impact that Chloe Sheer and Erin Phillip’s injuries had on me were massive,” she said. “I felt for both of them going down as I knew exactly what they were about to go through for the next 12 months.”

With over 53,000 people watching on at Adelaide Oval, the injuries broke the hearts of both the crowd and the players, especially Hosking.

“The whole crowd and players stopped,” she said. “You could hear a pin drop when Erin went down.”

Like Phillips and Scheer, Hosking was equally devastated when she went down with her ACL injury. But that devastation turned into frustration when she realised she was limited in her ability to exercise.

“Exercise has been one of my de-stressors, so for that to be taken away it started a really difficult mental battle,” she said. “It was also tough not being able to be out training with my teammates”.

There are scenarios in sport throughout the world where players return from significant knee injuries only to be struck down again and forced to the sidelines for the next 10 to 12 months, or even longer.

This is where it can be mentally difficult for athletes, but Hosking has a positive mindset towards the daunting prospect and tries to not let it concern her.

“I don’t necessarily worry that I’m going to do my knee again, however my knee collapsed in January 2018 and I tore my meniscus,” she said. “Ever since that injury, my knee hyperextends unless I tape it when I am participating in sport.”

According to Back In Motion Health Group, females are two to nine times more than likely to injure their ACL compared to males when playing sport.

Hosking believes that more research into ACL injuries in the AFLW would be a massive win for the sport as a whole.

“I think the more research that can go into preventative care with ACLs is massive,” she said. “If it has a positive impact then it’s definitely going to be crucial as it’s one of the worst injuries an athlete can sustain.”

La Trobe University’s Director of La Trobe Sport and Exercise Medicine Research Centre Kay Crossley as well as academic, researcher and physiotherapist Andrea Bruder, have led an ongoing investigation looking into the causes of knee injuries in female football. The pair have launched a program in the hopes of reducing these injuries.

Bruder believes females are more likely to rupture their ACL based on her extensive research.

“I suspect females are more likely to rupture their ACL due to a complex array of many factors,” she told upstart.

“These factors are non-modifiable such as sex, age, hip and knee bone shape, as well as hypermobility. Prior knee injury is the largest established risk factor to a second ACL rupture, although this is common to both sexes”.

However, Bruder says there are also factors that we don’t have full control over.

Bruder says there is still a large amount of research that needs to be completed on factors including footwear players use as well as playing surfaces.

“There is still so much research to be completed on many of these factors such as footwear and ground surface, until we definitely know if there is a relationship between these factors and ACL injury risk among women,” she said.

A number of AFLW athletes play more than one sport professionally and Bruder believes that this may be the cause of a number of the knee injuries sustained in the league.

“If we look at the players who had sustained an ACL injury in the most recent AFLW season there wasn’t a clear pattern” Bruder said.  “What is so unique to AFL is the 360-degree nature along with the contact and aerial skills. This would be challenging to master in a short period of time, along with completing these skills in an elite competition.”

Photo: AFLW Round 4 2019 Geelong-Carlton, by Allied45 available here and used under a Creative Commons Attribution. This image has not been modified.

Liam Melrose is a third year Bachelor of Media and Communications (Sports Journalism) student at La Trobe University. You can follow him on Twitter @liammelrose15