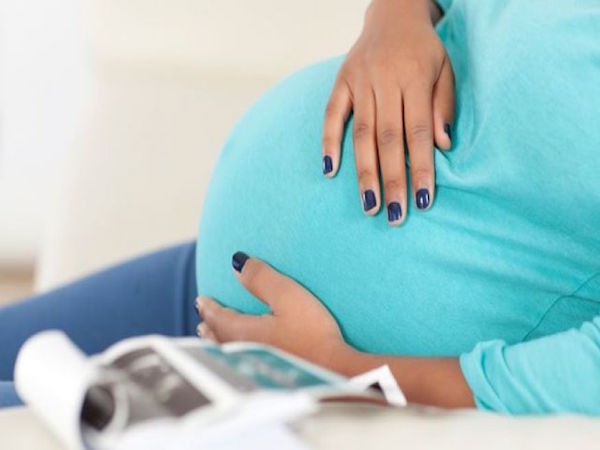 In Australia, around 900 women give birth every day.

Birth can occur in the home, in hospitals, or in the park. It can be done naturally or with medical intervention. Many women undergo various medical procedures including augmentation and caesarian section in order to make sure their babies are delivered safely.

While childbirth is a natural process that happens every day to thousands of women, the media and television can provide society with a skewed perception of what it’s really like.

A new study has revealed the power popular media really has in influencing how a woman decides to give birth.

Findings from a study conducted by Kate Young and Yvette Miller found that a woman’s decision to have a medicated birth could be influenced by popular media, like magazine articles.

In the study, women aged 18 to 35 who had never given birth were presented with magazines outlining the alternative benefits of non-medicalised birth.

Kate Young, a researcher at Monash University’s School of Public Health and Preventative Medicine, tells upstart that the study came about from evidence indicating that a lot of young women and men perceived birth as being a really risky event.

“A lot of the time when we spoke to young people about that [risky birth perception], they said it was as a result of all the information they received about birth from lots of different sources, including that of the media like reality TV shows and magazine articles.

“We were really interested to see what would happen if we did the opposite. We used the same kind of mediums to convey evidence-based information about birth that was aimed at reducing the women’s perception of risk,” she says.

Young highlights the significant influence magazine articles can have on pregnant women.

“We found that women who were exposed to a magazine article endorsing childbirth with no medical intervention, were more likely to change their intention towards having a more natural birth.

“The women’s perception of birth became a bit more balanced and they thought a bit more about the role of medical intervention,” she says.

The benefits of having a natural childbirth outlined in these magazines articles are plentiful, including labour often being shorter, a faster recovery time, greater empowerment and better connection to the experience.

Despite media portrayal, Young says childbirth is often without risk or complication. A recent article in The Guardian states that Australia’s caesarian rate is gratuitously high, increasing from 19 to 32 per cent in ten years, indicating that medical intervention may not always be needed.

Young says that the problem doesn’t lie in the fact that women use medical intervention. She says what’s important is that women have access to information, like a more diverse range of women’s experiences in the media and reality television.

Education about natural birth and the various medical interventions that are sometimes needed could begin in early high school. Young says sex education in schools would be a perfect place to learn how birth works in a physiological sense.

“It starts by implanting seeds in men and women’s lives that this is a potentially important life experience and for most of them it will be associated with very little risk,” she says.

Tiffany L Holdsworth-Taylor’s paper “Portrayals of Childbirth in the media: is it causing women to fear?” describes an information void that exists when educating women about what really occurs during childbirth.

Holdsworth-Taylor said childbirth “is not the risky, endless pain that many women have grown up believing”.

“Medicalisation of childbirth has created an information void – enter popular media. Many women ‘experience’ birth through TV, magazines, or the internet,” she says.

Births depicted on TV and movie screens often involve drama and lead on to further complications involving the birth mother.

In many 21st century films like Jersey Girl, Sherlock Holmes and Pan’s Labyrinth, maternal mortality has been a device to control story narrative. Some television shows, including Grey’s Anatomy, also commonly depict pregnancy or labour complications.

“The media tend to report on things that are slightly abnormal or interesting, like plane crashes,” Young says. “It doesn’t mean it’s happening a lot.”

“To be exposed to that information all the time kind of changes our perception about what is actually happening.”

Young says Queensland is heading in the right direction thanks to Having a Baby In Queensland, a website where women can look at different hospitals, compare different birth options, seek support and read mothers’ stories.

“At the end of the day, it is a woman’s choice what she wants to do,” Young says.

“Our role as researchers and clinicians is never about telling women what they should do when giving birth. It’s about ensuring women have access to information that’s evidence based. It’s our role to support women’s informed decision making.

“Women know what’s best for them and their bodies.”