A worthwhile debate about zoning and equity in football has been ruined by pettiness, writes Ben Cuzzupe. 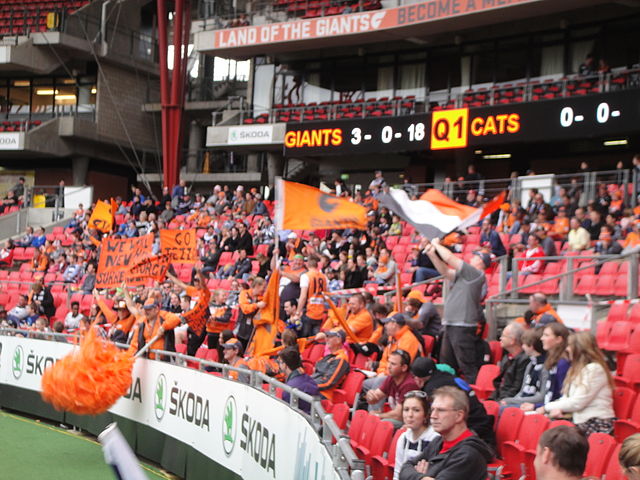 A key plank of Andrew Demetriou’s reign as AFL boss was to reel in the growing gap between the have’s and have not’s.

His administration wanted to be more hands on with their new expansion clubs on the Gold Coast and in Western Sydney, making sure they would be competitive as soon as possible.

Previously, Fremantle was left to flounder early on before eventually establishing themselves. However, Western Australia is a footy state and was guaranteed to invest in the club.

Building these two new entities in rugby and football (the round ball kind) territory was going to present challenges, especially when it came to developing local talent.

Favourable assistance from the league was agreed upon and all clubs signed off on these short and long term policies.

From there the debate descended into personal sledging and largely irrelevant soundbites.

The tabloid standard of this feud aside, it raises the question of if the assistance is too much and if there are other means of helping clubs in Queensland and New South Wales.

Building the Perfect Beast – The Birth of GWS and Gold Coast

Greater Western Sydney and Gold Coast were offered a range of recruiting entitlements to build their clubs – extra salary cap room, exclusive rights to players in mini-drafts and access to one uncontracted player from each AFL club.

All AFL clubs sat down and agreed to these conditions.

An extension of these concessions was the reintroduction of zones and recently bundling it with a confusing to the average person draft point system. Essentially, GWS, Sydney, Gold Coast and Brisbane have first dibs on a player that has come through their academy reserves team, and can bid on them if they have the correct value for that pick.

The idea was to create a system where clubs would pay ‘market value’ for these players. Despite good intentions, this concept has thrown up some issues.

Northern clubs worked the limitations of the rules into their advantage, where they could trade certain picks for extra points, meaning they could bid and get exclusive rights more academy players. Other clubs saw the chance to gain from these loopholes, shuffling around picks and players with the Northern clubs because they could get something out of it for themselves.

But now that the Giants appear to have first dibs on as many as five in the best thirty of 2016’s draft crop, it’s starting to become an issue for some.

One of the main points of contention is that the Giants not only have control of most of New South Wales, but particularly a region called the Riverina.

The Riverina region has a history of producing strong football talent.

Herald Sun journalist and AFL Draft expert Sam Landsberger also has it on good authority that clubs believe two of the best five in the 2016 crop will be bid on by the Giants.

A Brief History of Zoning

While academies are designed to keep players from joining other codes and giving them access the same to resources draftees from below the Barrassi line have, the concept of zones are highly problematic.

The VFL had metropolitan and country zoning, as a concept of making the competition equitable between the end of World War 1 and the mid 1980’s.

However, this concept imploded when Victorian football’s bigger clubs (Carlton, Collingwood, Essendon, Richmond and Hawthorn) used country zoning to their advantage and dominated the competition for a few decades.

Between 1967 and 1983, only five of twelve clubs won premierships – Carlton, Essendon, Richmond, Hawthorn and North Melbourne. While North Melbourne’s success was attributed to the ‘Ten Year Rule’ (think current AFL Free Agency on steroids), many have argued since that zoning did more to exacerbate inequality between clubs than supporter base size or existing wealth ever did.

The VFL were aware that some zones gave clubs more talented players than others and tried to implement rotating these country zones.

Naturally that idea went down like a lead balloon among footy’s powerhouses and never happened. The zoning recruitment policy was eventually phased out in 1986.

So Eddie McGuire is not entirely wrong about issues regarding zoning. He just got the resolution and point all backwards.

Back in March, he raised the issues surrounding the future use of Etihad Stadium and the trouble it caused the league in the first decade of the 21st century. However, his solution was to build the exact same ground at extreme taxpayer cost four kilometres down the road.

Eddie is good at bringing pressing issues to attention – like a St. Bernard in the aftermath of an avalanche.  He’ll sniff out survivors all day, but don’t expect him to perform CPR or co-ordinate search and rescue.

While the league is in the process of reintroducing recruitment zones for all clubs, the questions McGuire brings up about the fairness of the practice – even if his intentions are entirely petulant – are reasonable considering historical precedent.

The Northern clubs do need some form of assistance for the competition to be equitable. The Brisbane Lions in the last decade are the perfect example of how teams are structurally impaired by the pull factors of recruits to footy states and how poor league scheduling impairs potential commercial growth.

Anyone can throw together a good team through favourable concessions, but building a sustainable organisation and business should not live and die on the basis of talent coming out of a certain region.

If clubs like Greater Western Sydney or Brisbane were given say, marquee fixtures and games which pitched the club to audiences in better time slots, perhaps it’s just as an important pillar in establishing audiences and future talent in their regions.

Considering the draft is one of the key pillars in keeping the competition equitable, too many distortions to it may undermine the ability of keeping it fair for all.

There should be a curbing of Northern club’s zone concessions – for example, limiting how many players these clubs can bid on in the draft per year. Ideally, the league should reconsider its widespread reintroduction of the practice altogether.

At the same time, marquee fixtures and time slots should be taken off powerhouse Victorian teams and distributed more evenly around the competition.

It would give Queensland and NSW clubs the agency to write their own destinies, rather than live in a two-tiered competition where they’re constrained by their own circumstances.

Greater Western Sydney and Brisbane are free to have more Friday and Saturday night games to build their supporter base. But the sales pitch becomes more about selling their club’s values and game day culture, rather than how good they are at a certain point in time.

There is an important discussion about equity in the league going forward.

But it’s all down to whether the adults in the room are willing to lift the standard of debate.