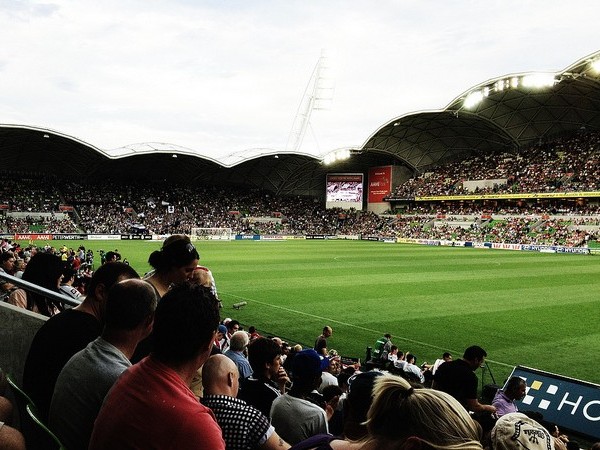 South Melbourne’s long-time dream of fielding a side in the A-League looks set to be realised as the club prepares another application to the FFA for official A-League status.

Earlier in the week, South Melbourne’s ambitious attempt at completing a $3.5 million takeover of the Melbourne Heart was thwarted when Heart CEO Scott Munn rejected the proposal.

It came only months after South Melbourne was in advanced talks with the Central Coast Mariners regarding a potential partnership between the Victorian-based club and the cash-strapped A-League champions. Those discussions later broke down.

The desperation of South Melbourne president Leo Anthanasakis to create a playing partnership with already established A-League sides was touted by many as a hint of his future ambitions for the club.

Therefore, following unsuccessful takeovers talks with the Mariners and the Heart, it is of no surprise to hear South Melbourne’s aspiration of creating its own individual team, which would become the third A-League side in Victoria.

Rumblings of South Melbourne’s desire to field an A-League team began following the conclusion of the 2006/07 season.

Inspired by the Melbourne Victory’s on and off-field success, which had already brought an A-League title and record crowds in excess of 50,000 in just its second season, the South Melbourne board began concocting plans to see its club make the step up.

What followed were continued setbacks and stagnating results, but still the club refused to be silenced.

Last night, more than six years after the first signs of South Melbourne’s desires were seen, Anthanasakis issued a press release detailing the steps already taken by the club ahead of a further push to be granted an A-League license.

Major sponsors have been organised ahead of what could be the unveiling of the A-League’s 11th club.

Meanwhile, former Brazilian midfielder Emerson has already been in advanced discussions with the South Melbourne board regarding a position as the club’s first ever A-League head coach.

Emerson, 37, was capped 73 times at international level for Brazil and had a successful career at Real Madrid, AC Milan and Juventus. His signing, and the subsequent publicity that it would generate, could prove to be a vital factor in South Melbourne achieving A-League status.

Many consider South Melbourne – formed in 1959 – Australia’s most successful football side. The club has won four National Soccer League titles, and has been crowned Victorian Premier League champion on eight occasions.

Its home ground, Lakeside Stadium in Albert Park, can hold a capacity crowd of 10,000 people – a similar number to that of Perth Glory’s NIB Stadium.

Ex-South Melbourne players such as Francis Awaritefe, Paul Trimboli and Mehmet Durakovic have all held high-profile roles within A-League sides since their days at the club. They may be tempted back as Anthanasakis and co deal with the club’s inauguration stages.

South Melbourne finished the 2012 Victorian Premier League in sixth position, narrowly missing out on a finals berth, but with the highly acclaimed Emerson at the helm, attracting lucrative signings could prove relatively simple.

Yet the FFA must take into account the potential effects of South Melbourne’s introduction into the A-League on the structures of the already shaky Melbourne Heart.

Over the Heart’s three-year existence in the A-League, the club’s average attendance numbers have declined dramatically each year. Over the course of the 2012/13 season, the Heart’s average crowd figure dropped over 1,000 people to just 8,560 per game from the previous season.

This is in stark contrast to attendance figures from the Melbourne Victory’s home games, which have risen by over 7,000 people across the last two seasons, to an average of 22,458 per game.

Considering South Melbourne’s already large fan base, the result of a third A-League side in Victoria could force the Heart into an even larger decline both on and off the field.

Melbourne Heart quickly quashed earlier reports of a potential relocation to Geelong, but if South Melbourne’s continued applications to the FFA regarding official A-League status are eventually successful, it could be the only way to keep the club’s heart beating.

Although South Melbourne’s proposal to create its own A-League side is still in the early stages, president Leo Anthanasakis is serious in both his and the club’s longstanding dream.

Even after the continued rejections and ongoing takeover talks, one thing’s for sure – South Melbourne won’t go away until they’re playing in the A-League.