The NBL1 is the latest project by the NBL, where young talent and experienced stars will be on display. 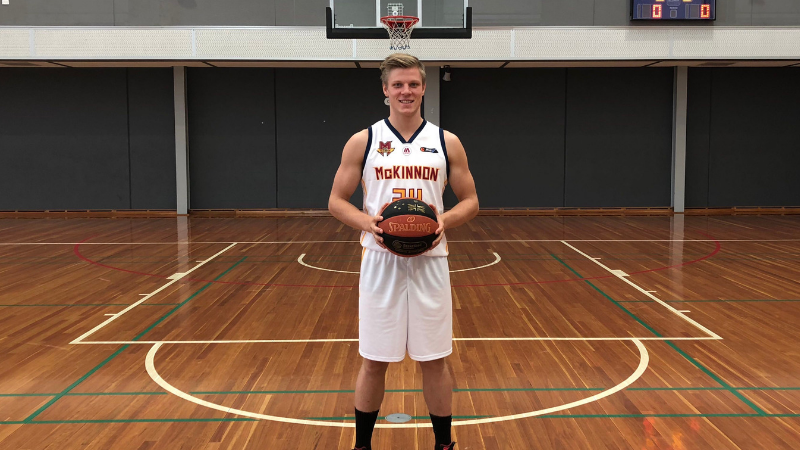 The NBL1 joins new initiatives and programs put into place such as the 3×3 Hustle competition, where teams of three go head-to-head, rather than teams of five.

With the NBL1 being announced as the new second-tier league to the NBL and Women’s National Basketball League (WNBL), college basketball in the USA is now not the only way of getting exposure and potentially forging a career as a professional player.

NBL Media and Communications Manager, Nick Johnston, believes the new league will provide better opportunities for athletes to play in the NBL or WNBL.

“There is no doubt it will strengthen the pathway as it will give something for young male and females player to aspire to play in with the next step hopefully being the top leagues in Australia, NBL and WNBL, and then the possibility of national representation and further opportunities overseas,” he told upstart.

Another benefit is that many current elite players will take part in NBL1, as it takes place during the NBL off-season. Spectators will be able to watch some of Australia’s most talented players up close, as all games will be played at local stadiums in Victoria and Tasmania.

Johnston is thrilled with the professional talent that the NBL1 has been able to secure.

“We’ve been able to attract some great talent like David Barlow, Majok Majok, Cayla George and Monique Conti, who will ensure it will be a fiercely competitive league,” he said.

Johnston added that the NBL is hoping to see a league that will see both current professional players and developing Australian players be given an opportunity.

“We want to see a strong league that provides opportunities for professional players, but also gives opportunities for up and coming players to showcase their talent,” he said. “There’s going to be some great stories emerge in the first season and we’ll see players who we are talking about for years to come.”

According to the NBL1 website, the competition will consist of 18 teams, including men’s and women’s teams. There will be 15 rounds with a four-week finals series. Every game will be live-streamed.

It will be a rise in competition for Waverley, Ringwood and Eltham, who previously competed in the Big V State Championship, which only consists of Victorian teams.

Waverley Falcons Head Coach of the club’s men and women’s NBL1 squads, Elias Palioyiannis, says the league provides both a challenge and an element of surprise for his players.

“To be honest we aren’t 100 percent sure what to expect,” he told upstart. “We know the competition is a step up from the last year, and our players are really looking forward to the challenge.”

Palioyiannis is excited by the opportunities that could come out of this league, especially for players in Waverley’s junior domestic and representative program.

“The most exciting thing for me is the pathway for our junior athletes,” he said. “Being part of the number one winter league in the country means none of those juniors have any reason to leave the program for higher playing opportunities.”

As an up-and-coming prospect, Victorian Youth Championship player, Matthew Tolnai is thrilled by the prospect of the NBL1. He hopes to use the league as an avenue to achieve his dream of playing professional basketball.

“It’s really exciting to have a professional league tied directly to the NBL,” he told upstart. “The extra exposure that it brings is really motivating me more than ever to take my game to another level in the hopes of securing an NBL1 contract.”

Tolnai believes the NBL1 is vital, as coaches from the NBL will take more notice of local teams as opposed to purely looking at the college system.

Kilsyth Cobras guard Mitchell Dielemans was previously in the Victorian Youth Championship. He is hoping the NBL1 will be a stepping stone for him to push for a contract in the NBL or overseas.

“The NBL1 definitely gives a new level of exposure,” he told upstart. “With the new league now being affiliated with the NBL, there will be much more exposure via social media than ever before, and the league is now considered the stepping stone towards the NBL which is really exciting.”

With it being his first season in a professional league, Dielemans is hoping to learn a lot from his Kilsyth teammates, who are stacked with a wealth of NBL experience.

“My main goal for this year is to just learn from the other guards in front of me, and just keep improving every day,” he said. “There’s so much talent and experience on our roster to learn from.”