The High Court’s decision on 3 June, 1992 to recognise native title within common law was historic not only for Indigenous Australians, but for the nation as a whole. The court case initiated by Eddie Mabo ten years prior ended the notion of terra nullius and raised hopes of real change for Aboriginal people.

The High Court’s Mabo ruling came one year after the Royal Commission into Aboriginal Deaths in Custody, which brought national focus to the issue of Aboriginal over-representation in our prisons systems.

Eddie Mabo (left) on the island of Mer during the High Court hearings (Photo: National Archives of Australia)

The disturbing trends in Indigenous incarceration have been pushed to the background in recent years by the ongoing controversy surrounding the NT intervention and the attention given to issues such as quarantining welfare payments and poor school attendance. But with most states and territories pursuing a tough-on-crime policy, the imprisonment rate for Aborigines are getting worse.

Associate Professor Ted Wilkes has long campaigned to fix this ‘broken system’, calling for less punitive measures. He is a Nyungar man from Western Australia, the state with the highest rate of imprisonment for Indigenous Australians at 3,772 per 100,000.

‘It is very frustrating for Aboriginal leaders. And we know that we want appropriate interventions to diminish and to get rid of these horrible statistics,’ says Wilkes. ‘But it’s very hard to bring governments on-side because they seem to believe in locking people up and that the prisons are the answer.’

States and territories continue to invest in prisons such as Berrimah in Darwin (Photo: Ken Hodge, Wikimedia Commons)

The anger and frustration within the Indigenous community is not only due of the scale of the problem, but also because it has been highlighted so often for so long.

The 1991 Royal Commission into Aboriginal Deaths in Custody found ‘clear evidence’ that in some places police officers enforced laws based on ‘unfair and racist assumptions’. It also found that Aboriginal people were disproportionately imprisoned for minor offences such as fine defaults, drunkenness and ‘other good order’ offences.

But little has changed according to Western Australia’s Chief Justice Wayne Martin, who recently pointed to an increase in arrests for minor offences such as not paying fines, driving under the influence, driving without a licence and failing to attend court hearings.

Jonathon Hunyor, Principal Legal Officer at the North Australian Aboriginal Justice Agency, says that being arrested for trivial offenses continues to be a significant issue for Indigenous Australians.

‘Aboriginal people are generally more likely to attract the attention of police, and this form of  ‘over-policing is well-recognised in the NT and elsewhere,’ says Hunyor.

And it’s not hard to see why. A survey by the Australian Indigenous Law Review found that only a fraction of the commission’s 339 recommendations have been implemented in the 21 years since the Royal Commission.

However, changing police practices alone will not solve the problem, cautions Hunyor – the underlying causes must to be addressed also.

‘The high rate of Indigenous incarceration in the NT reflects a failure to deal with the multiple sources of disadvantage that exist in Aboriginal communities,’ says Hunyor.

Ted Wilkes agrees that our focus should be on addressing these root causes. He says that, without addressing these issues, ‘you are putting people back into environments where it’s very difficult to try and sustain a life free of anger, free of frustration. And therefore people relapse’.

‘Once you have done wrong in this country, its very hard to get back onto the right pathway,’ says Wilkes.

Substance abuse and mental illness are the consequences of such bleak circumstances. They are also significant factors in the contact between Aborigines and police, which inevitably lead to detention and prison.

Gino Vumbaca, Executive Director of the Australian National Council on Drugs, says that because a high-proportion of Indigenous offenders have serious mental illnesses or are dependent on alcohol or other substances, providing access to appropriate treatment and rehabilitation programs is crucial.

‘The current system is flawed, inefficient and ineffective,’ says Vumbaca. ‘Governments still continually invest in prisons and law enforcement and underfund treatment and health services. We are throwing good money after bad.’

With a re-offence rate of over 70 per cent, it is clear that prisons simply do not work. 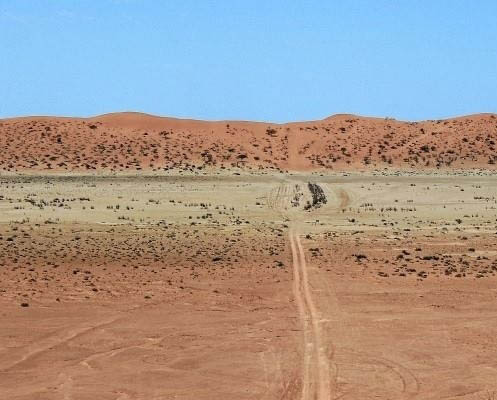 Vumbaca says the underfunding in diversionary and treatment programs has meant that many existing services are struggling and have long waiting lists. And appropriate programs are just not available in remote areas.

Along with the lack of availability, Ted Wilkes says the current guidelines exclude people with alcohol dependence or prior convictions, and effectively preclude Aboriginals from participating in rehabilitation programs.

‘People like me and others who work in public health are trying to say that its cheaper and more efficient to have people go through appropriate rehabilitation and treatment programs,’ says Wilkes, who is the Chair of the National Indigenous Drug and Alcohol Committee.

But it’s important for such programs to be ‘controlled, owned and negotiated with Aboriginal people at regional levels’, insists Wilkes.

‘We can work with other organisations, but at the end of the day, our leaders and our mums and dads need to control the pathways out of poverty.’