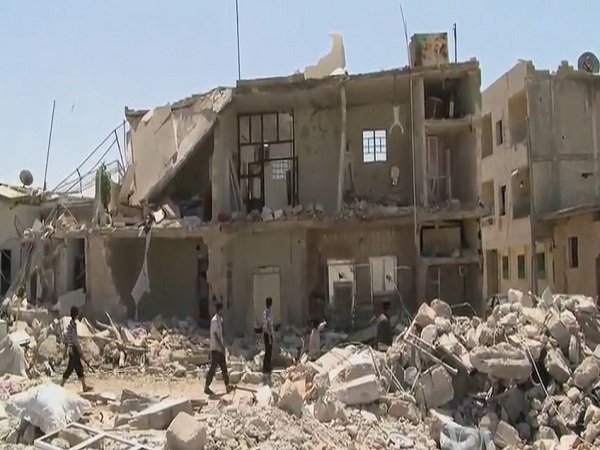 Two years have now passed since the Syria’s ruthless civil war began. The country’s cities have been devastated, many of its homes and schools are now nothing more than a pile of rubble, and it seems every day that the conflict brings news of another horrific event.

Only last week, Bashar Al-Assad’s government and the opposing rebel forces both accused each other of using chemical weapons, a claim that is now being investigated by the UN. Despite the prolonged conflict, the United Nations Security Council has so far failed to take significant action in the region.

The toll that the last 24 months have taken on Syria’s civilian population is difficult to comprehend. In an open debate held by the Security Council on the protection of civilians in armed conflict, High Commissioner for the United Nations Human Rights Commission (UNHCR) Navi Pillay said the civilian death toll in Syria now hangs at 70,000.

The war has spread throughout the country and thousands of Syrian refugees have fled to the borders of Iraq, Lebanon, Jordan and Turkey. The growing violence in the country’s cities means there are very few places were civilians can live without being touched by the war and this has caused massive displacement.

A UNHCR report released early this month estimated that 154,000 Syrians fled their homes in just a 12 day period from the 18th of February to the 3rd of March. The report also stated that 2.5 million people have been displaced.

The international community however, has not reached a consensus on how to alleviate the ongoing crisis. The Security Council has investigated a variety of routes from diplomacy to economic sanctions, but has so far failed to enact any such measures.

In July 2012, the Security Council failed to pass a resolution that would have allowed for the implementation of economic sanctions against Syria. Even though the resolution received 13 votes in favour out of 15 member states, only a single veto from any permanent member is required to block a resolution. China and Russia, both seen to be friends of the Syrian regime chose to veto the resolution.

A number of peace talks, featuring numerous envoys, including former UN Secretary General Kofi Annan, have failed to make any progress. Mr. Annan, a Noble Peace Prize winner and one of the world’s most experienced diplomats, resigned from the mission due to a frustration with the lack of unity among world leaders.

During his resignation speech in Geneva, Mr Annan blamed a divided Security Council for the lack of progress in the peace mission.

Another option the Security Council have considered is the arming of opposition fighters. It’s clear they made the right decision in this case, as both the opposition and the government have been accused of war crimes. The UNHCR report stated that opposition fighters too had contributed to the deaths of hundreds of civilians.

With Australia winning a seat on the Security Council last October, an important question has been what key issues will they focus on? It became quite from an early stage that Australia would voice their concerns over Syria. The Australian reported that Foreign Minister Bob Carr called UN General Secretary Ban Ki-moon soon after the vote, to discuss how Australia can help defuse the conflict in Syria.

However, it seems the Security Council is gridlocked on the issue of Syria, and there is little one member nation can do.

In the debate held by the Security Council, Ms Pillay also suggested that the council could refer Syria to the International Criminal Court. Seeing that other methods taken to address the crisis has failed, a judicial option might just be the way to end the deadlock. Many have already reported crimes against humanity in the country and a referral from the Security Council will give the ICC jurisdiction in Syria.

The human cost of Syria’s civil war will only continue as a third year of conflict begins. Thousands have lost their lives, and many more have had to flee their homes, the majority of which are children.

There is burning need for a solution to Syria’s conlict, and the cooperation of the international community cannot be put off any longer. The Security Council needs to act now, or it will soon be judged for failing the Syrian people.