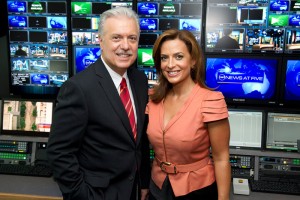 In his interview with Giulio Di Giorgio, Donikian talks about his early career on radio in the 1970s and his transition to television presenting in the 1980s.

Donikian went on to work for SBS, where he anchored the World News bulletin for eight years.

Giulio Di Giorgio is a third-year Bachelor of Journalism student at La Trobe University and is part of upstart’s editorial team. You can follow him on Twitter: @gdigiorgio