Although she's one the funniest journalists on television, Jeannette Francis explains that reporting hasn’t always been fun and games, writes Meg Kennedy. 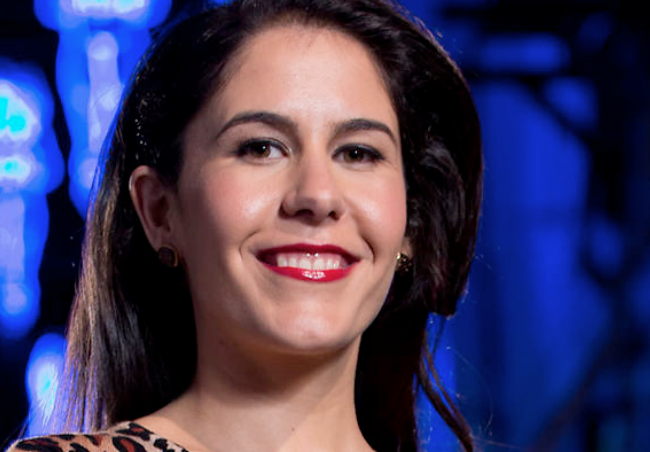 For Jan Francis, working in television has always been a lifelong dream.

“I always envisioned myself in TV because I work much better with pictures. That’s just the medium I’ve always consumed myself,” she says.

Beginning her career at SBS as a foreign correspondent for programs such as Insight and Dateline, Francis is now the co-host of SBS2’s nightly news program The Feed, but explains the shift from reporting serious stories to being part of a satirical news panel “wasn’t super difficult”.

“I think because I’ve just always worked well in either, I tend not to take myself too seriously…once you start taking things too seriously, I think you just don’t have fun anymore, which is the big one for me.”

Although she spends most of her time reporting from the SBS studios in Sydney, Francis has just returned from covering the presidential election in America, and explains the trip was an experience that resonated with her.

“I love America because it’s just full of bat shit crazy, and it felt like I was in a very lucky position…you’re going to talk about this thing that is very prickly with a lot of Americans, but because you’re Australian…they were just so completely open.”

Although she jokingly insists that she probably would not vote for Donald Trump, Francis explains that speaking to voters without judgement was an eye-opening experience.

“I think when you go on and you speak to them face to face and they’re so open with you, you do walk away with a bit of a different perspective,” she says.

As Francis recovers from the jetlag of returning to Australia, SBS2 is gearing up for a rebranding, as a partnership with youth media giant VICE will see the channel become SBS VICELAND in November.

Francis hopes the change in format will bring new opportunities for her to get back out in reporting.

“I think after America, I’ve kind of got a little taste for going back out on the road,” she confesses. The new programming will feature documentaries produced by VICE, including actress Ellen Page’s Emmy nominated docu-series Gaycation.

Francis jokingly admits she’s excited for “a steady stream of content rather than the Ukrainian News at 11 o’clock in the morning – not that there’s anything wrong with the Ukrainian news!

“I’m looking forward to hopefully being able to get out more…this year I’ve been in the office a lot, I do a lot of daily’s and obviously I host so you have to be there every night.”

Although a large amount of new content is planned, SBS2 original programs, including The Feed, are here to stay.

“I think it’s a good opportunity, and I think VICE pairs up well with SBS2 anyway; the content is quite similar…I just think we’re the tiny little parasite that just kind of latches onto the back of VICE!’’

As the opportunity to get back out on the road arises, Francis explains that there are differences in reporting in the studio and from a different location.

“Being out on the road and being in the studio are two very different vibes… they do require a different set of skills. But I think for both of them, you have to think very quickly on your feet.”

As Francis’ time as a foreign correspondent could soon remerge, she explains the most confronting story she’s faced was when reporting in Uganda on ‘Nodding Disease’.

“We get there and there’s this girl, who’s a bit mentally impaired unfortunately, I think she was 12; she was tied to a tree, and her hand was sort of seared. It was burnt because she wandered off and had fallen into a fire, and they didn’t have the money or resources to take her to hospital and get the hand treated,” she explains.

“So she was sort of just there with this seared, half-burn off hand, tied to a tree by a rope, and even thinking about it now, it’s just like, ‘Wow’.

“I think that was probably the least bit prepared I had been mentally, and seeing that, you can’t help getting affected, but you also don’t want to be the foreign TV producer crying in the middle of this hut in Northern Uganda. So I think you have to balance the two.

“You sort of have to question what you are doing at that point.”

Although the story has visibly stayed with Francis, she goes on to explain that reporting such graphic material makes you more resilient.

“It sort of hardens you up a little bit, it kind of knocks that naivety out of you,” she says.

“I think you’ve got to go through that, I don’t think you can really become a better kind of journalist or TV producer or whatever it is, unless you actually do the yards and go through this and have some fuck ups along the way, and they’re the ones that make you most resilient, to be honest.”

As Francis prepares for a new chapter of reporting, she reflects back on her time as a 19-year-old university student, and shares some of the wisdom she’s learnt from her years as an experienced journalist.

“Get out there and make shit; make a shitty short film, even if it is the most rubbish short film you will have made in your life and zero people watch it, you are going to be better off…you have absolutely nothing to lose by getting out there, getting in touch with every organisation you feel you might want to work for, and doing shit for free,” she says.

“Nobody’s going to hand anything to you on a silver platter – no one. Even if they do, you’re very lucky, take it with both arms, but definitely get out there would be my advice.”

Meg Kennedy is a first year journalism student at La Trobe University. You can follow her on Twitter here: @megkennedy15