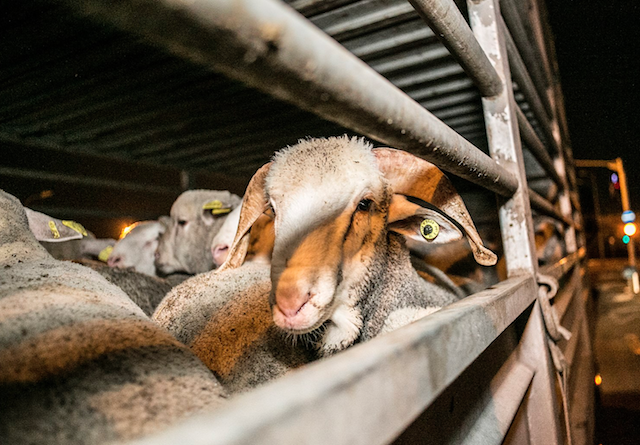 The Federal Government has announced a snap investigation into the shipment of over 65,000 sheep to the Middle East after footage was released over the weekend showing the mistreatment of livestock.

The vessel at the center of the investigation has been blocked from leaving Perth after it failed to satisfy an inspection from maritime officials when it docked on Sunday.

Footage released by 60 Minutes on Sunday evening showed crew members tossing carcasses from the boat into the sea, while others fight for food and collapse during a voyage in the Persian Gulf.

It is understood the concerns raised by officials relate to airflow in pens where sheep will travel.

“Australian Maritime Safety Authority (AMSA) has advised the master and ship operator that they will have to arrange a third party air flow verification report to prove compliance with air flow standards before an Australian Certificate for the Carriage of Livestock can be issued,” a statement released by AMSA reads.

The inspected ship, operated by Emanuel Exports, is the same vessel that was linked to the death of over 2,400 sheep during a voyage last August.

Federal Minister for Agriculture David Littleproud said he was “shocked and deeply disturbed” by the vision.

On Wednesday I saw vision Animals Australia says is of live shipments of sheep sent from Perth into the Middle East during 2016/17. I'm shocked and deeply disturbed by the vision. I thank Animals Australia for bringing this to my attention. https://t.co/uGgY2u1fYN

“This is the livelihood of Australian farmers on that ship – that’s their pride and joy,” he said in a video statement posted on twitter.

While it unclear what will happen to the livestock, Emanuel Exports intends to send them to the Middle East ahead of Ramadan where they will be slaughtered.