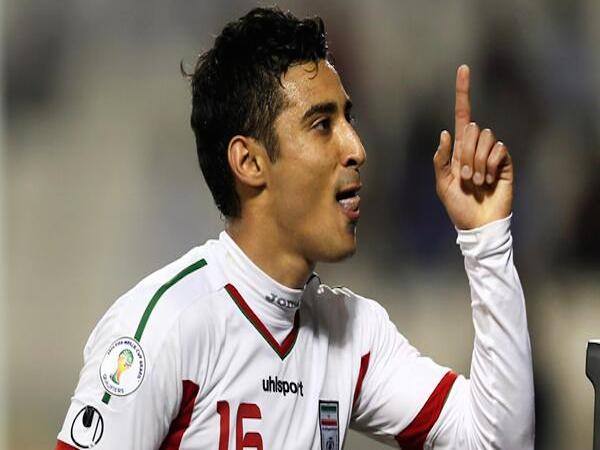 Iran couldn’t have hoped for a better group.

Although they have to play against Argentina, who boasts a legitimate chance of winning the entire tournament, they will also face tournament debutants Bosnia and Herzegovina, as well as a Nigeria side with the second youngest squad of anyone competing.

Therefore to rule Iran out before they even begin their campaign would be folly. Anything can happen at the World Cup and Iran’s squad is prepared for anything.

There are few recognisable names on their World Cup roster, but the keenest of observers may notice English Premier League side Fulham’s Ashkan Dejagah or Steven Beitashour from the MLS’s Vancouver Whitecaps.

However, if you want a player to watch, providing you’re catching all of Iran’s games, it’s going to be Reza Ghoochannejhad. Born in Iran, but schooled by the Dutch youth system, “Gucci” – as he’s commonly known – currently plays for Charlton Athletic.

The 26-year-old scored in all of Iran’s final three qualifying matches and is in fantastic form heading into the World Cup.

Ghoochannejhad jointly holds the record for the fastest goal ever scored in the Dutch league, taking him nine seconds to score for SC Cambuur in the Eredivisie, tying Dutch legend Johan Cruyff’s record.

He’s fast, tricky, can score with both feet and pops up where it seems he shouldn’t be able to. Particular evidence of this can be found against South Korea, thoroughly destroying left-back Park Joo-Ho and giving his team a 1-0 lead during World Cup qualifiers.

Since he moved to Charlton Athletic in January this year, he hasn’t stopped wreaking havoc. His goal against Leeds United sent commentators into a frenzy and for good reason.

What might hamstring Iran is their lack of preparation. Since qualifying for the World Cup, they have had a tough time finding friendly matches. That was a year ago. They’ve crammed matches against Belarus, Montenegro, Angola and Trinidad & Tobago into their schedule since May 18 and are just five days out from their first game against Nigeria.

It’s no secret that it will take a giant effort from the Iranians to progress from their group. They’re rated as “minnows” and their FIFA ranking (No.43) suggests as much. But football isn’t played based on ratings.

Iran plays with the exuberance and carefree nature of a team that nobody expects much from. They’re unpredictable and won’t leave anything to chance.

In a country where football is the most popular sport and clashes between top-ranked Iran Pro League teams exceed crowds of 100,000, Team Melli know that everyone will be watching and hoping for positive results.

Football is booming in Iran. The Iran Pro League, the country’s highest division and only professional league, comes in at ninth on the average attendance numbers for sport in the Asian region.

When you rank those numbers by total attendance, it jumps to sixth position, with a total of almost 3 million people attending games in the 2010/11 season.

In non-European domestic football, which includes South American leagues, two teams from the IPL (Tractor Sazi FC and Esteghlal FC) rank in the top 10 for average attendances, boasting 35,000 fans on a regular basis.

A 2011 study from the University of Tehran surveyed attendees at games played in the Iran Pro League, attempting to find out what brought them to games. The overwhelming majority of people surveyed (88 per cent) were under 35 and students.

It seems likely that deadlines will be missed and assignments forgotten for a blissful month, as those same students will likely be glued to their televisions for Iran’s matches at the World Cup.

They will see their heroes do battle with the genius of Lionel Messi, the strength of Edin Dzeko and the aggression of Emmanuel Emenike.

It could be Iran’s finest sporting hour.