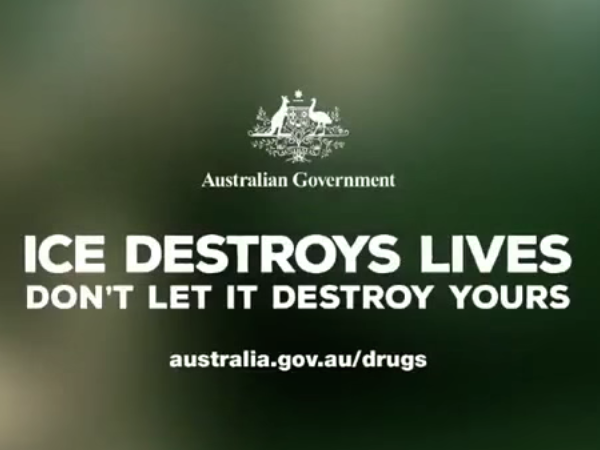 Crystal methamphetamine use is a hot topic in Australia.

Headlines with terms like epidemic, plague, pandemic and scourge have become commonplace in the discussion of the drug, commonly known as ice.

The narrative is clear: Australia is in the grip of ice, similar to how some major American cities sagged under the weight of crack in the 1980s.

However, the reality isn’t so black and white.

Econometrician at the Burnet Institute and adjunct research fellow at Monash University, Dr. Nick Scott, tells upstart that a lot of nuance has been lost in the discussion.

The crystal form appears to have taken off in Australia because a lot of existing methamphetamine users are moving from speed to ice.

Research shows that the prevalence of methamphetamine use in Australia is steady, at around 2 per cent of the population.

However, according to respondents to the Illicit Drug Reporting System (IDRS), since 2009 there has been a marked shift in the meth market, with ice use more than doubling, and speed use falling by more than half. 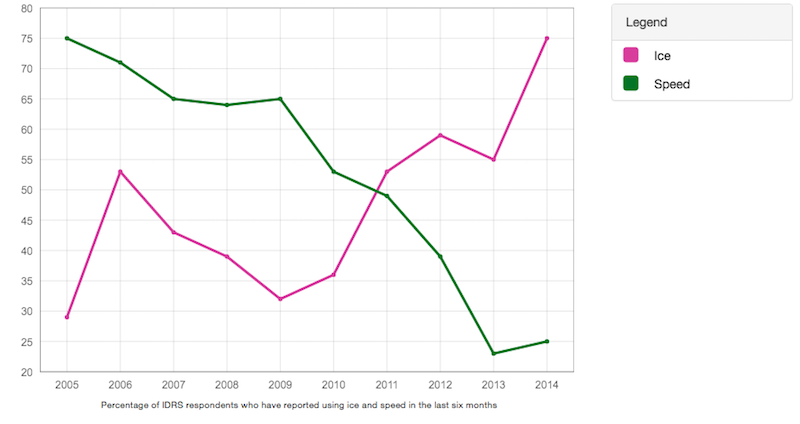 Exacerbating the issue is the fact that over the same period, the purity of ice has skyrocketed, while speed has remained relatively stable.

“Switching from powder to crystal amphetamine [was already] doubling the purity of what you’re using, and in that period, the purity of the crystal form has actually tripled on top of that,” Scott says.

As a result of the increase, more people than ever are presenting with issues related to over-consumption, with ambulance attendances increasing significantly.

Furthermore, the price of ice relative to its purity has dropped.

With cheaper and more pure product on the street, it’s no surprise that existing users are running into significant harm when using ice.

Scott says there needs to be a different approach to policing in order to address this reduction in price.

“There’s been a lot of increase in law enforcement around the ice issue, the ice task force that’s happened recently… the idea behind policing drugs is that you can restrict supply,” he says.

“Increasing your enforcement, your border detection, cracking down on dealers and things like that… when you restrict supply by doing this you drive up the price.

“The fact that throughout this period, the price has just been decreasing so dramatically is a real indication that law enforcement has been ineffective, and putting more effort into law enforcement is probably not the way to go.”

It’s also likely that advertising on the subject is failing to hit home.

The government’s aggressive and confronting ad campaign that aired midway through the year, attempted to warn the public about the dangers of ice.

While independent research commissioned by the government’s Department of Health found that the ads encouraged at risk kids to discuss ice with their families, Scott says the campaign is proving problematic.

“There are a lot of people who use methamphetamines who aren’t having problems with their drug use, and they see people in these ads and they just don’t relate to what they’re seeing,” he says.

“They see people who are extremely violent, and it just doesn’t seem to apply to them.”

Some ice users may feel that the shock campaign is contributing to the stigma of ice use.

“The methamphetamine users who are having trouble with their drug use and do need help, they see ads like this and these ads create a lot of stigma around their drug use,” Scott says.

“They only serve to marginalise this population even further, so they make it hard for them to get the help that they need.”

The advertising has also served to make the public believe that methamphetamine use is more widespread than it actually is.

A recent survey by the University of NSW showed that most Australians significantly overestimate the amount of people who have used ice.

Scott explains that the ads run the risk of making ice use appear ubiquitous to non-users.

“The most powerful message you can really give to young people especially is that using ice is quite rare,” he says.

“If you communicate to them that actually that’s not really occurring, then it sort of doesn’t normalise it as much.”

Despite advertising concerns, Scott understands why the reporting on the issues has gone that way it has.

“It’s understandable that the media have picked up on these indicators of harm and inferred that there is wider use occurring, but it really just has concentrated harm amongst this specific group that they’re not reporting on,” he says.