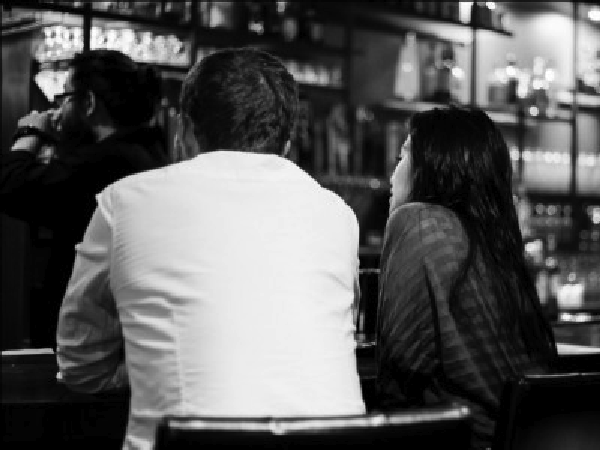 The days when a land-line telephone’s curly chord was stretched around hall doors to keep away from the prying ears of parents are over.

The proverbial ‘dating game’ has had a serious shake up.

As technology and social media increases in availability, the conventions and social norms of boy-meets-girl continue to blur.

Is it the butterflies in a girl’s stomach that tell her she’s found someone worth her time, or the speed at which a potential Prince Charming responds to a text?

For singletons in their 20s, an answer might leave them scratching their head.

‘Rules’ discussed between friends irrationally stipulate how one should act when trying to start a relationship so as not to come across too eager, for fear of scaring the other person away.

With Twitter, Facebook, and text messaging making instantaneous communication easier than ever before, one would hope this would have a positive impact on the way we talk to each other.

It seems though, the casual approach to conversation fostered by the ease of such communication is reflected in the way young people pursue romantic relationships.

What formally played out over dinner and a movie can now pass nonchalantly back and forth over instant message, allowing both parties to evade the kind of commitment created by actually meeting in person for a date.

“Dating culture has evolved to a cycle of text messages, each one requiring the code-breaking skills of a cold war spy to interpret,” Shani Silver, a social media and blog manager, told the New York Times’ Alex Williams last year.

In his article ‘The End of Courtship’, Williams argues generation Y’s “hook-up culture” is responsible for the abolition of the dates of old.

“Instead of dinner-and-a-movie, which seems as obsolete as a rotary phone, they rendezvous over phone texts, Facebook posts, instant messages and other ‘non-dates’ that are leaving a generation confused about how to land a boyfriend or girlfriend,” he writes.

Wrapped up in the confusion of today’s dating scene is one 21-year-old Deakin University student, whose contact with a class-mate she’s interested in has left her clueless about where she stands with him.

“We were doing an assignment together so that gave me an excuse to talk to him,” she tells upstart.

“I thought he may have liked me back as there was a bit of flirting but now nothing.”

Having known each other for about a year now, she says the pair talk in class and via Facebook message two or three times a week, leaving her wondering where the relationship is headed.

“He is so hard to read,” she says. “When we meet up, he seems interested in me.”

She says she thinks the biggest issue between girls and guys looking for love is poor communication.

“We are both very different in how our minds work and I don’t think we realise this enough.”

Harvard graduate Charlotte Liberman wrote about the lack of meaningful communication among gen Y-ers in a piece about college dating for Cosmopolitan magazine earlier this year.

She says university-aged ‘kids’ have developed “a resistance to communicating with fully developed thoughts and emotions” due to excessive social media use.

“We are all addicted to texting,” she writes.

“[It’s] a huge source of anxiety when it comes to dating.”

“The murky state of communication we’ve grown to accept — coupled with the who-ever-cares-less dynamic — is the downfall of college dating today.”

Liberman says “the world is changing” and that dating culture will improve “once we stop playing games, ditch the defence mechanism of apathy, and quit communicating with emoticons”.

This writer would like to think the ridiculous number of different emojis available today could be cause for more clarity in communication between potential daters.

Hopefully time will see the saturation of communication between young people become a conduit to successful communication in the dating world, and not a perplexing hindrance.

Rikki-Lee Burley is a single, second-year Bachelor of Journalism student at La Trobe University. You can read more of her work on her blog and follow her on Twitter: @RikkiLeeBurley.