Gender selection remains banned in Australia, despite some overseas countries allowing the selection. 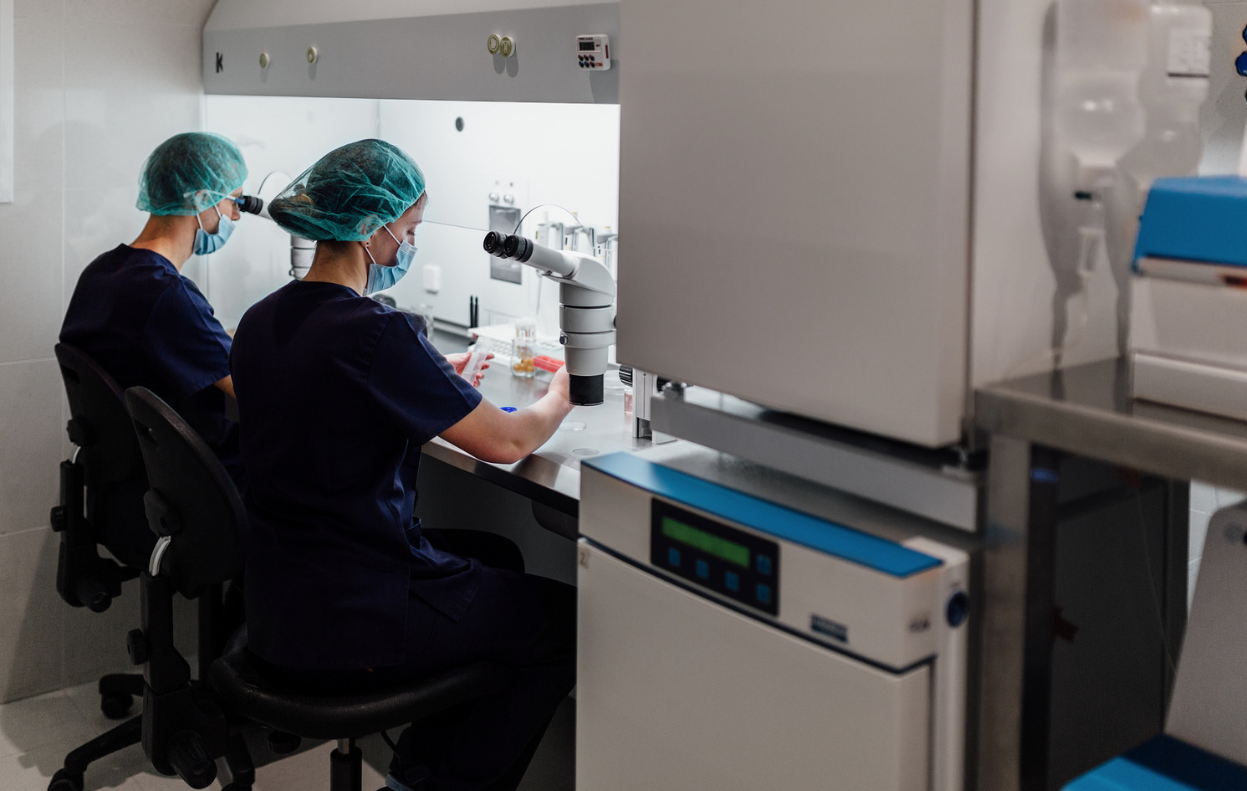 IVF is a common practice in Australia, with over 70,000 cycles being performed each year in Australia and New Zealand.

Courtney Clarke was 31 in when she and her husband first tried IVF in order to start their family in 2010.

“We tried for a few years to get pregnant, it was all we really wanted. It just wasn’t happening, and we weren’t sure why. We had some tests done, and it was recommended that we give IVF a try,” she told upstart.

“I was apprehensive I think. I mean, I didn’t know anyone who had done it, so I really didn’t have a point of reference to know what would happen. My doctors were great, I just wasn’t sure on the whole process of it.”

Gender selection is also an accepted form of fertility service in some parts of the world, but Australia isn’t one of them. Now, many are also campaigning for the ability to be able to choose the gender of the child during the IVF process.

Until 2005, Australian parents were able to select their baby’s gender via IVF, when the Australian Health Ethics Committee banned the practice, except under limited medical circumstances, guidelines stated to be based on the interests of the child.

Since then, all Australian fertility clinics were required to comply with the National Health and Medical Research Council guidelines as part of the Reproductive Technology Accreditation Committee Code of Practice, with those who do not comply at risk of losing their licence to practise.

These days gender selection is only used to try to prevent the transmission of a sex-linked disorder – for example, haemophilia, which is statistically more likely to occur in boys.

They are concerned that gender selection will “distort the natural sex ratio leading to a gender imbalance and reinforce discriminatory and sexist stereotypes towards women by devaluing females.”

In 2017, a review from the NHRMC upheld the ban on gender selection through IVF, despite an increase in families travelling overseas to countries where the practice is legal.

Professor Luk Rombauts is the group director of the Monash IVF group, Clinical Research Director of the Endometriosis Care Centre of Australia, and Vice-President of the Fertility Society of Australia. He believes that Australia’s decision on gender selection should reflect what our society needs.

“I think we have never really looked at America, we’ve always looked at our own society what norms we feel are appropriate for the Australian population,” he told upstart.

“We were nearly the first ones to have the first baby [via IVF]. We got beaten on the finish line by the English, but as soon as the first IVF babies started to appear in Australia, I think it became apparent that an ethical framework needed to be established.

“We have the NHRMC ethical guidelines and that has guided us as to what is acceptable and what is not. So we can do limited research, on embryos, so its not like it’s a draconian restrictive framework.”

One argument against allowing sex selection for non-medical reasons is that it may lead families towards being able to select other characteristics, such as height, hair colour, or other physical characteristics.

In Israel, couples can apply to the government to be considered for gender selection after having four children of the same sex.

Although Australians regularly travel to countries where gender selection is allowed, Australia is far from alone in their stance. Gender selection for non-medical purposes is illegal in England, New Zealand and in parts of Asia.

Clarke admits she was surprised when she was told that they would not be allowed to choose a gender, since she was aware that in other countries around the world, families were able to make that decision.

“It seemed like there were all these new treatments coming out, and they were all a bit confusing for someone who hadn’t ever looked into any of it before,” she said.

“We didn’t go into it [IVF] wanting either gender. We just wanted to have a baby but the gender was an afterthought. Honestly, we would have been happy with anything we got. But at the same time, we sort of assumed that since people could do it overseas, we could too.”

Although IVF providers cannot practise without national accreditation, which depends on their agreement to follow NHMRC guidelines, state and territory-based legislation also governs what they’re allowed to do.

Laws in Victoria, South Australia, New South Wales and Western Australia prohibit sex selection for non-medical reasons, such as gender balancing within families. It would still be forbidden if the guidelines were changed, unless local laws were also amended.

“If there is a preference for one over the other, you can clearly see you’d get an imbalance,” Professor Rombauts said.

“However, of course, there are families where there have been four or five children of the same gender born and one could see why they would probably want to balance their family.

“I guess as the groundswell of support grows stronger for family balancing under certain circumstances then I’m sure that that may change in the future, and I wouldn’t be entirely surprised when it does. I think at the moment, the guidelines are what they are.”

Katherine McLeod is a Master of Communication student at La Trobe University. You can follow her on twitter @kattt_mcleod.