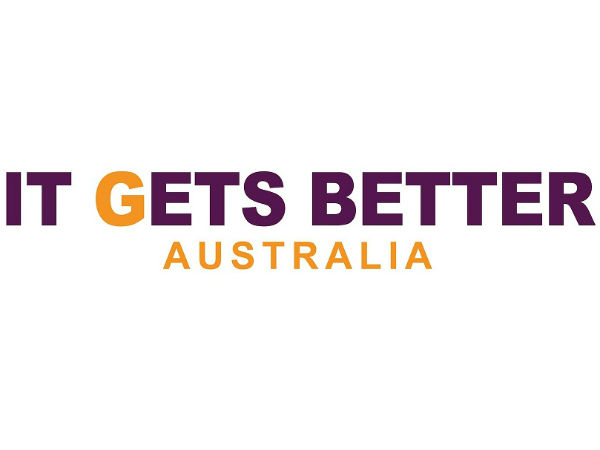 We’ve all experienced bullying in one way or another in our lifetimes. Whether we were the bully or the victim, it is obvious that those words of hate can really hurt, and sometimes all you need is somebody to understand what you’re going through and be there to support you.

Bullying towards the gay, lesbian and transgender community is especially damaging.

According to youroutsource.org, SSADSG (Same-Sex Attracted and Diverse Sex and/or Gender) youth are 2-3 times more likely to commit suicide in comparison to their heterosexual peers. Their rates of non-suicidal self-harm is also higher than their heterosexual counterparts.

The It Gets Better Project is an initiative that is trying to combat these unacceptable statistics.

In September 2010, American author, media commentator, journalist and newspaper editor Dan Savage created a YouTube video along with his partner, Terry Miller, to inspire young people who were facing harassment as a consequence of their sexual identity.

Since its inception, the movement has inspired over 50,000 video submissions from all walks of life.

Over recent years the project has received submissions from media personalities, celebrities, educational institutions, activists and politicians. US President Barack Obama recorded a video of support in 2010 and Kevin Rudd recorded his in 2012.

This is all in addition to the hoards of people submitting videos of love, support and advice every day.

There are many other outlets such as Lifeline and Beyond Blue that provide great avenues of assistance for people seeking advice and encouragement in the face of adversity. For those who may not have the confidence to contact a representative of these organisations for help, the It Gets Better Project is an extremely accessible and non-confronting avenue to get support.

The It Gets Better Project videos allow people to share their stories, their messages of support and also for people to seek words of love and support when going through a very difficult time.

The project has already touched many lives, with one example being Texan teen, Josh Wilton.

After seeing the project, Wilton felt inspired to make his own video, posting it on his Facebook account, telling his story to the world. It has currently received over 1,440 likes, 150 shares and 260 comments of support on Facebook.

Australian universities are among the latest organisations to climb onto the empowerment bandwagon, with Macquarie, Monash, La Trobe and Victoria University all producing their own videos. The project is currently in negotiations with Melbourne University and Swinburne University to not only make videos, but to also create a supportive community.

The videos usually begin with confronting stories from the experiences of students and academics of each respective university, and then go onto an inspirational message to SSADSG youth to assure them that they know how it feels to be ridiculed for being different, that they are not alone and that things will get better.

National Business Manager of the Australian chapter of the It Gets Better Project, Jacob Thomas, describes what people struggling with their sexual identity go through.

“SSADSG youth, given circumstances of bullying, rejection, neglect, harassment and violence, can be made to feel that they are worthless, that persevering through these experiences day in day out is better dealt with by leaving the living world, and that in their absence they will not be missed,” says Thomas.

He also explains how the messages from the project can really help people struggling with their sexuality.

“We know that we can’t understand everyone’s individual circumstances and situations, but we can encourage young people to not give up.

“In those moments where we are drowning in the dark abyss of hate and self-loathing, a message of hope from an empathetic being can be the start of our own saving,” he says, adding : “[The end goal is] to eradicate bullying, to promote a healthier and happier life for all young SSADSG people and to make it better.”

The project’s objectives outline more than just videos, as the initiative aims to run counselling, awareness events, educational events and partnerships with the media and GPs to improve the mental health of the gay, lesbian, bisexual and transgender community.

Hopefully, the It Gets Better Project will be able help gay, lesbian, bisexual and transgender youth find their place in the world and diminish the statistics of increased suicide and self-harm.

Unfortunately, it probably wont be until the views of the bullies are reversed until we see complete change.