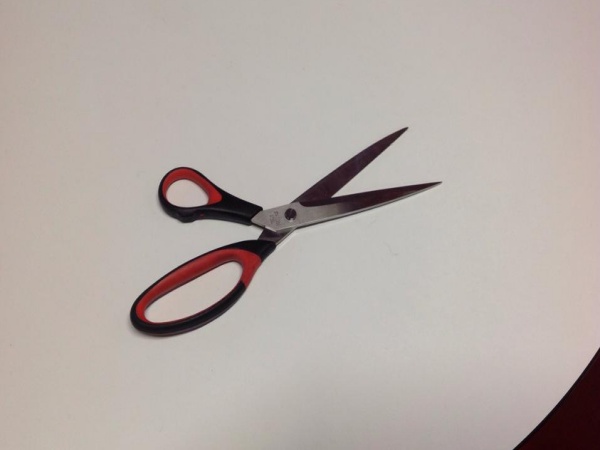 It is commonly estimated that ten per cent of the world’s population is left-handed. This means there are a lot of people awkwardly making their way through a right-handed world, and you may be surprised how many of them make appearances on your television.

Today is International Left-Hander’s Day so it seems like a good time to recognise the celebrities who understand the pain of attempting to write in a ring binder.

After all, as the glossy magazines keep telling us, these celebrities are just like us.

So perhaps it’s not ridiculous to i

magine a young Bruce Willis struggling to use regular scissors, or Bill Gates cursing every time someone switches the computer mouse to the right side. Maybe Jennifer Lawrence’s non sequiturs can be blamed on an over-active right brain hemisphere, the side traditionally associated with creativity and left-handedness.

Being left-handed is often considered advantageous in the sporting world, and there are many successful sports people who are known for being southpaws. Rod Laver, Rafael Nadal, Buddy Franklin, Travis Cloke and Michael Clarke are all left-handed.

Jessica Jonassen is a left-handed batter and spinner for the Southern Stars, the Australian women’s cricket team. She thinks playing left-handed has advantages:

@155erin I’m obviously going to be bias and say yes! Seriously though, I do think there is – it’s a point of difference to the RH ‘norm’.

Left-handers have different weaknesses and use different angles, but because they are so uncommon it often unnerves their opponents.

The left-hander advantage is not confined to sports.

It seems you have a better chance of becoming President of the United States if you are left-handed. Ronald Reagan, George H.W. Bush, Bill Clinton and Barack Obama are all southpaws, leaving George W. Bush the only right-handed president in the last 33 years. If you think it sounds like a sinister conspiracy then you are on to something. ‘Sinister’ may now be a synonym for menace and evil, but it started life as the Latin word for ‘left’.

Lewis Carroll and H.G. Wells may have had some successes, but it is unusual for the English language to be kind to those who prefer the left. You may be left behind, give a left-handed compliment or have two left feet, or you could have rights, go the right way or be righteous.

However, if you are righteous in a religious sense, step carefully around the handedness issue. On one hand, the left has traditionally been associated with the devil. On the other hand, ‘God’ is left-handed.

With all these celebrities on side, it would make sense for some of them to start advocating for left-handed awareness. After all, when Oprah is on your team it should be easy to speak out about those tiny right-handed desks or the tyranny of the can opener.

Left-handers no longer have to worry about being burned at the stake as witches and countries like Australia have moved beyond the need to force every student to write with their right hand, but there are still a couple of concerns.

Steve McGuirk is the owner of Australia’s largest left-handed website. He thinks the most serious issue for left-handers is the lack of support they receive when first learning to write.

“Ten to 12 per cent of the population is left-handed, yet the teachers are not equipped with the knowledge they need to look after left-handed kids,” he told upstart.

“It’s not just changing hands and doing it the same way. There’s actually a whole different brain function associated with it. Even just mechanically you’re pushing the pencil across the page as opposed to pulling, and your hand is covering up your work as you write.”

While it sounds like a job for our left-handed prime minister and his government’s education plan, there are other ways you can raise awareness for the southpaw plight and celebrate International Left-Hander’s Day.

McGuirk suggests you make it fun.

“Do little practical things, like left-handed handshakes. Place a pair of left-handed scissors down in the office and watch people try to use them. Convert the computer mouse to a left-handed setting. Make little left-handed zones and get right-handers to try to do some left-handed things- it’s fun to watch.”

Erin Leeder is a second-year Bachelor of Journalism student at La Trobe University. She is a proud left-hander and can be found on Twitter: @155erin.