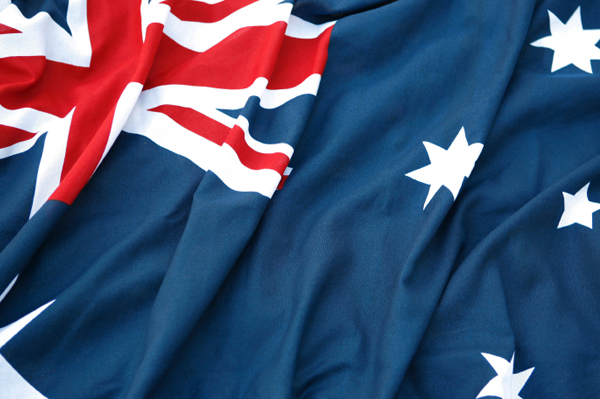 It was Australia’s National Flag Day on the 3rd of September. Did you remember? I admit I didn’t.

I shouldn’t have been allowed to forget considering how patriotic we all are, but the popular media outlets didn’t run the story.

The lack of coverage on the event draws attention to how little we regard the national flag. Flag Day, which is intended to honour the first time the Australian flag was raised in 1901, didn’t even merit a mention in the Herald Sun, a paper commonly associated with more conservative views that would be more inclined to sing the flag’s praises.

Ever since its creation in 1996, Flag Day has failed to inspire much excitement. Then again, neither does the flag itself.

Now, I am not going to say we should change the flag because it is boring (that’s another issue) but rather because it bares zero relevance to modern Australia as a multicultural settler state.

The flag debate crops up ritualistically each year sometime around Australia Day, usually in a bundle with the republic debate and questions about Australian identity. Any of the serious discussion or nuances of the flag debate get shrouded in nationalistic fluff and emotional hyperbole.

But even if we strip out the republic debate, the flag debate is a well-worn issue on its own. This topic has been caught out in the open by itself, with no republic issue, and no public holiday to complicate emotions or intentions. You could say nobody noticed because we didn’t get a day off, but surely if the flag means so much to us we wouldn’t need one? The flag has failed a test somewhere here this week.

It’s because we don’t consider ourselves British, the most British thing about this country these days is the flag itself, and anybody that does consider themselves British probably just stepped off a plane.

Even this identity debate gets tangled up in the republic issue, and these days watching the yearly republic debate is like watching an American Civil War re-enactment -everyone takes themselves way too seriously and we all know who is going to win anyway.

We ought to stop doing that, because we can change the flag without stuffing something up, which is what makes the republic such a hard sell.

Look at Canada. Canada is a constitutional monarchy like Australia, but it does not hoist the flag of colonial times. Being a settler state, and home to multiple cultures, Canadians recognised that paying homage to their colonial founders was best done in other forms, and certainly not by taking up 25% of their national flag.

The Australian flag today uses the same template the Canadian flag used to use. The British blue (government) or red (civilian) ensign was required for the flags of colonial possessions, and each colony was permitted to have a badge for individuality, but not allowed to have a markedly different flag; it needed to be recognised as British.

What this means is that the flag we use today was designed and adopted during a time when Australians still regarded themselves as British, and subjects of the crown. No wonder, at that time, Australia was not a multicultural state, and was home to an overwhelming white majority population which actively fought against the inclusion of other ethnicities.

Regardless of how Australia may have grown and matured as a nation since then, the poison associated with the flag in its beginnings should not be forgotten. After all, the Eureka flag has never escaped rebellion, and in modern times has become known for association with political extremes. How did the national flag escape this considering its past?

So the inclusion of the Union Flag makes it fairly obvious the flag is for the Anglo-Australian population. Why would we have a national flag that represents one group of Australians? That would put it on the same level as the Aboriginal flag, or Torres Strait Islander flag; specialised and representative but not inclusive like a national flag should be.

However as a modern, multicultural country, if we’re going to recognise our heritage by including another nation’s flag on our own flag, we’re going to need a much bigger one.

So how about we go one better and make like Canada and adopt a flag that represents all Australians, rather than the original settlers. Because for all the White Australia Policy worked for, this country is inhabited by more than just English speaking residents of British descent, and it has been like that for a long time. It’s certainly been markedly longer than the 111 years we’ve had the current flag, by the way.

Scott Tibballs is a Graduate Diploma of Journalism student at La Trobe University.