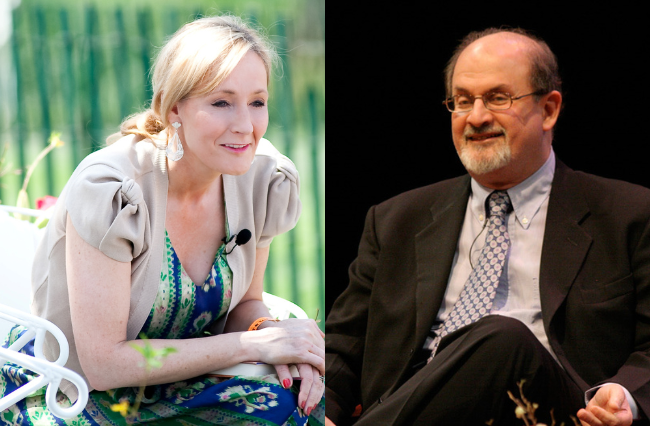 British writer J.K. Rowling has been sent a death threat just days after author Salman Rushdie was attacked on stage in New York.

The author of the Harry Potter series expressed her support for Rushdie after being violently attacked last Friday.

Rowling said on Twitter how she “felt sick” about the attack and hoped that Rushdie would “be ok”. One Twitter user then replied “don’t worry you are next”.

This threat is now being investigated by the Scottish police.

.@TwitterSupport any chance of some support? pic.twitter.com/AoeCzmTKaU

Rowling is one of several writers to show their support for Rushdie as he remains in hospital with damage to his liver, as well as severed nerves in his arm and eye.

Rushdie’s son Zafar Rushdie released a statement on Sunday (US time) saying that his father’s health was improving, despite still being in a critical condition.

“We are extremely relieved that yesterday he was taken off the ventilator and additional oxygen and he was able to say a few words,” he said.

“We are so grateful to all the audience members who bravely leapt to his defence and administered first aid along with the police and doctors who have cared for him.”

Rushdie’s 1988 novel The Satanic Verses spurred the attack, angering parts of the Muslim community due their belief that the book had blasphemous elements to it.

The novel characterised the Prophet Muhammad and was banned and burned in countries such as India and Pakistan.

Over the past three decades, Rushdie has faced many death threats, including a three million dollar bounty that was placed on his head in 1989 by former Iranian leader Ayatollah Ruhollah Khomeini.

The threats were deemed so serious that for nine years Rushdie was hidden by the British government under a protection program.

On Saturday his alleged attacker, Hadi Matar, pleaded not guilty to both attempted murder and assault charges, with the prosecution calling the incident “a targeted, unprovoked, pre-planned attack”.

PHOTO: Salman Rushdie at the Asia Society by Asia Society available HERE and used under a Creative Commons licence. This photo has not been modified.

PHOTO: J.K. Rowling reads from Harry Potter and the Sorcerer’s Stone at the Easter Egg Roll at the White House in 2010 by Daniel Ogren available HERE and used under a Creative Commons licence. This photo has not been modified.