Former guidebook writer, Joe Cummings talks to upstart about his changing career as a travel writer. 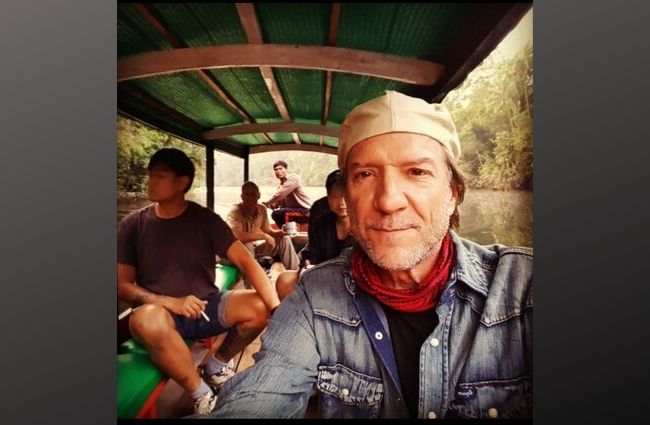 A successful travel writer needs three things: a love of traveling, great writing skills and the flexibility to adapt when their work becomes obsolete.

Joe Cummings had the love for traveling part down early, holidaying with family and never living anywhere for more than two years. The desire to write came early as well.

“When I was really young, I did love short story writing and fiction writing. None of it was published, just stuff I did for fun,” he told upstart.

His teachers saw his potential and encouraged him to do an English major, but with no career plan in mind, he studied political science and focused on academic writing instead.

It was the last years of the Vietnam War and it was curiosity that lead him to research the area that would become his home: South East Asia.

“I started to read a little bit about the actual people and geography, about the places themselves and I found myself very drawn to it,” he said.

It was in Thailand his career as a travel writer kicked off, writing some of the most drawn on and dog eared books ever published, Lonely Planet guidebooks.

For those unfamiliar with Lonely Planet, imagine trip advisor, google maps and a well written blog all printed out in tiny font and combined into a book. For pre-internet travellers it was heavy, but essential and is probably still in their bookcase despite being unusably out of date.

“I used them and I thought wow, this is great this is so much better than the Fielding’s and Fodor’s and Frommer’s that my mother and father used. That this is the new paradigm for travel writing, so I immediately wrote a letter to Lonely Planet.”

Cummings’s proposal for a Thailand guidebook was accepted and the first edition was published in 1982. His earlier attempts at becoming a freelance writer didn’t go as well.

“So many rejections back in those days, which was an easy time to get in because there weren’t that many travel writers,” he said.

Although Cummings “wasn’t that good” at writing, he was persistent and after 10 years his articles were selling.

He continued writing guidebooks, but as competition grew, publishers shifted to a more corporate style.

“They were becoming much more like the guidebooks they rebelled against sort of 30 years earlier,” he said.

The style was changing and so was the demand, but in 2006 it was the “dismal” pay that motivated him to give up writing guidebooks.

Originally, Cummings was earning royalties from his published books, but when Lonely Planet changed to a fee structure, his income was reduced significantly. He continued writing the guidebooks for two years, before ending that chapter of his career.

Now having to reinvent himself, Cummings started working as a freelance writer, editor and staff writer at the Bangkok Post.

“It was a little touch and go there for a couple of years, I wouldn’t say I was worried, but I was looking around like, ‘hey where am I going to get the work now?’” he said.

Thanks to the internet, the world of travel writing has changed. Cummings is glad he got out of the guidebook business when he did.

The type of content has changed. In the 80s and 90s general information was all people needed.

“Just throw in a few tips and some places you stayed, some of your personal experiences and that was enough,” he said.

Readers now want travel writing about their hobbies and personal interests. Some of them are unusual and a little bit odd, but one topic most people love is delicious and food.

“Food is so huge, I’m writing more and more about food now. Food writing is bigger than travel writing,” he said.

With his latest book , Cummings combined the two, by travelling to 15 countries and documenting their food culture. The book was released in June and although he is “resting up” after the two-year project, it doesn’t mean he isn’t working.

“I’m editing a book now of an English translation of a Thai book about ethnology, that’s really quite boring,” he said.

Happy to share his knowledge, Cummings teaches workshops. His main piece of advice to become a better writer is to enrol in creative writing courses. To get your writing noticed start a blog.

“When people started travel blogging a lot, I use to roll my eyes and say ‘Why would people write for free?’. I would never write for free, that’s ridiculous, post free content on the internet! And now I have completely changed,” he said.

Photo: Joe Cambodia boat. Supplied by talent. The image has not been modified.

Becky Steepe is a third year Bachelor of Media and Communications (Journalism) student at La Trobe University. You can follow her on Twitter @BeckySteepe