Veteran journalists shed light on life as a political reporter in a country of civil unrest. 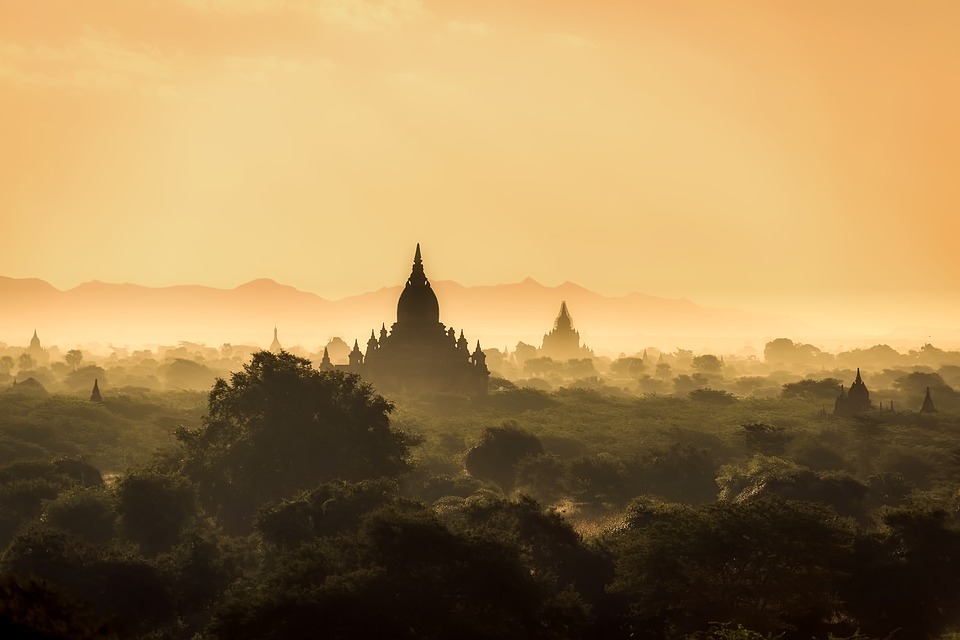 Myanmar – it’s a country where those who speak the truth are often jailed for their actions. Where the Burmese (Myanmar citizens) are presented facts as a strictly manipulated concept.

This June marks six months since two Reuters journalists were detained for reporting on a massacre carried out by a government continuing to deny it.

It’s this series of events which inspired The Australian Myanmar Institute and La Trobe Asia to join forces and host the ‘Australian journalists and Myanmar’ seminar. The event brought together some of the minds involved in the progression of journalism in Myanmar over the last 30 years.

Led by Ivo Burum, head of Media Industries at La Trobe University, the event shed light on the challenges of political reporting in a country ranked 137 out of 180 in the world, in terms of press freedom.

“With 160 civil rights groups urging for the release of the Reuters journalists at the moment, and Myanmar slipping six places in the press freedom ranking, it’s never more timely to be discussing journalism and press freedom in Myanmar, than right now,” Burum told upstart.

Myanmar first began to draw the attention of international media in the 1980s through the work of Aung San Suu Kyi (Daw Suu).

Daughter of prominent Burmese political figures, Daw Suu became an icon of peace for the Burmese, widely renowned for her efforts to bring democracy to a then military-ruled Myanmar.

At a time when the brutal military rule slaughtered those who protested their leadership, Daw Suu rose above as a voice of hope for the Burmese.

This saw her forced under house arrest for the better part of 1989 – 2010. However her project for peace persisted, and it was these actions that launched Myanmar into the global media spotlight. 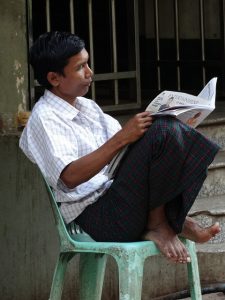 This is a time that Mark Baker, editor of Fairfax at the time, remembers fondly.

“I was privileged, in that period, to have interviewed Daw Suu on many occasions, right back to my first visit in ‘89 and that was of course an extraordinary time, with the flowering of the democracy movement,” he said.

The media began to draw a strong connection with the political leader who used their coverage as a channel for her political freedom campaign.

He recalled being surprised when she recognised and acknowledged him at a crowded event.

“When she got up the front she looked across the room and saw me and nodded her headed and said, ‘how nice to see you’,” he said.

This relationship, however, would not last.

However, when the civilian government took over from the strict military rule in 2011 and restrictions eased, a whole new range of possibilities emerged.

Michael Sainsbury, a journalist with over 20 years’ experience reporting on political and human rights across the Asia pacific, argued that the government transition didn’t single-handedly solve Myanmar’s free speech crisis.

“The freedom of the press really came about in 2011 when they moved to a civilian government, they really took the shackles off,” he said.

“But overall, they’re still throwing journalists in jail, just like the last lot did.”

The media freedom came about, in part, thanks to the Westerners, who could now bring their technology to Myanmar and run journalism work shop programs with locals, introducing them to the concept of mobile journalism.

In 2014 Burum was invited to Myanmar to educate locals on the use of mobile phones to document a story. At the time, the percentage of locals with mobile phones was three per cent.

In just four years, Myanmar’s mobile penetration has sky-rocketed to 94 per cent.

“What’s really important is to wrap a skillset around that possibility, and that’s what we were trying to do” Burum said.

With so many new doors opening for media coverage in Myanmar, it’s questionable why there has been a decline in coverage of Myanmar in the global news.

There was once a time when Myanmar was rife with global journalists, feeding back the political discrimination and unrest to media outlets around the world. However, there now seems to have been a retreat of the media.

According to Baker, Australia has been one of the guilty culprits.

“The time has changed absolutely from back in the late 80’s,” he said.

“In that period there were many journalists, not just Australians, working in and around South East Asian, many other journalists travelling in and out of Myanmar.

“I think today we’ve seen that situation very much evaporate.

“It’s certainly an Australian issue, with one or two exceptions, the Australian media has retreated from international coverage in many areas, but especially in South East Asian”.

This, coupled with Daw Suu’s recent withdrawal from her media relations, has taken a heavy toll on the progression of media liberties in Myanmar.

By the time Baker returned for his final visit to Myanmar in 2013, Daw Suu – the newly appointed Pyithu Hluttaw (Burmese House of Representatives) MP – had all but “slammed the door on most journalists”.

At a time when the Burmese need a voice more than ever, Daw Suu’s hesitation to acknowledge the political crimes occurring in her country places Myanmar in greater jeopardy of falling even further in press freedom rankings.

The responsibility now falls on the citizen journalists of Myanmar to fight the threat of persecution and ensure the injustices befalling their country are heard before they can be swept under the rug.

Media freedom in Myanmar is an ever-changing concept. For every two steps forward they are forced to take another one back.

Whilst the trial of the Reuters journalists holds promise, the fact that they were imprisoned at all exposes the bigger issue. The country claims to be creating a fairer landscape for reporters, but it is clear that the truth still comes with a cost.

Hannah Matchett is a second-year Media and Communications (Journalism) student at La Trobe University. You can follow her on Twitter @matchett_hannah

Photo: ‘Man reading’ By Adam Jones available at https://www.flickr.com/photos/adam_jones/11750610563 and used under a Creative Commons Attribution.