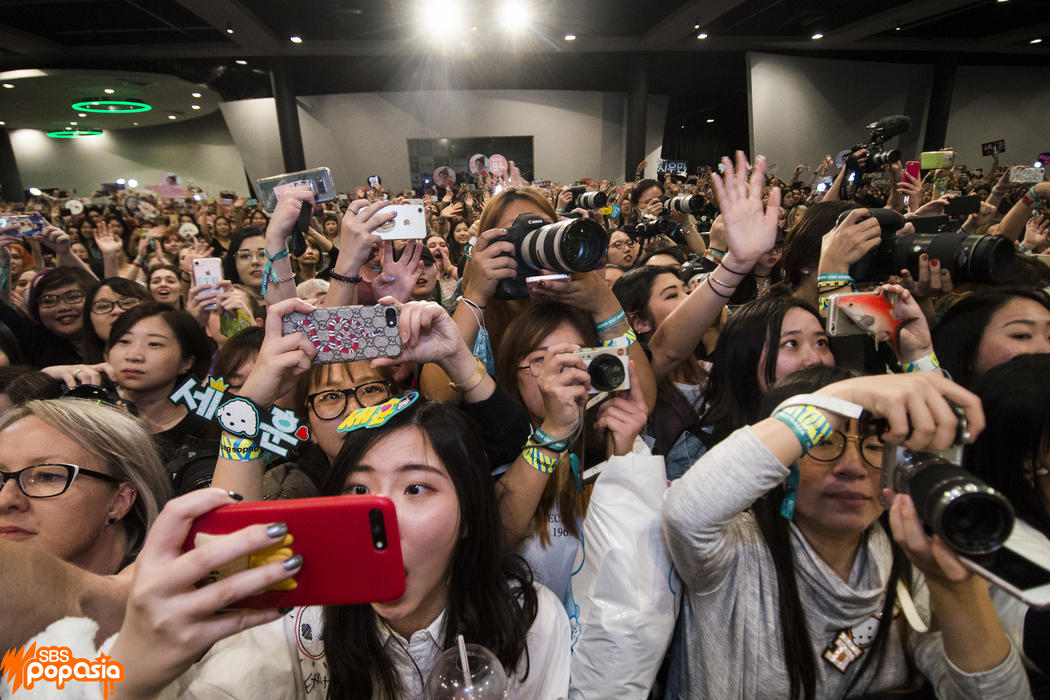 K-pop, that catchy brand of Korean pop music, has experienced an extraordinary rise in popularity in the past 10 years, eclipsing the likes of rock, country and pop music in worldwide popularity.

With its origin in South Korea, a country previously little known for its entertainment value in the West, K-pop has found its way to Australia. Last month, 21,000 fans flocked to Sydney’s Olympic Park to see a showcase of K-pop talent at Kcon.

Yasemin Ayten, a Melbourne girl with a Turkish background, is an avid fan of K-pop.

“My best friend actually wanted me to watch Korean dramas, which actually a lot of the K-pop stars act in. After that, my friend told me I should check this band out, EXO, in 2012 when they debuted.

“I did more research into bands, the music, and afterwards I was completely obsessed with K-pop,” she tells upstart.

“It doesn’t sound like normal pop music. In K-pop, they sing [a mixture of] Korean and English. There’s rap in every single song.

“I really like the music because it’s really catchy and upbeat. It makes me happy for some reason,” she says.

There is no shortage of bands in the K-pop genre, with estimates of as many as 119 active groups.

David Park, Event Manager at the Korean Cultural Centre Australia (KCC), has helped bring Korean events such as Kcon to Australia. He believes these events encourage cultural exchange between Australia and Korea.

“[K-pop] has grown tremendously over the past decade. I can observe K-pop’s continual growth throughout my time at the KCC which was aided heavily with the blow-up of PSY’s Gangnam style,” Park tells upstart.

“I remember sitting at KCON this year thinking that I could never have imagined such a scene all those years ago.”

Whether it be a group of young heartthrobs, caked in makeup and colourful costumes, or a team of upbeat girls with innocent smiles, K-Pop has a flavour to suit all tastes. Ayten explains that these flavours don’t last very long.

“There’s always new bands coming out, so a band that was popular one year, may not be the next. Even though it’s all fun and exciting for us fans, the K-pop stars can easily be chewed up and spit out,” she says.

The training program for future K-pop stars is gruelling, with children as young as nine or 10 years of age participating in strict regimes of 10 to 12 hour days, learning all the skills of performance, dance and vocals.

In Australia, the popularity of K-pop has sparked the formation of dance groups that specifically cover the choreography and music videos of popular K-pop groups.

Shu Wan is a dance enthusiast with the BYS Dance Crew and a K-pop fan.

“We copy the costumes and the setting as best we can, and then put them on YouTube, which a lot of fans of K-pop love,” Wan says.

Wan confesses to being a K-pop obsessive who has gone to extreme lengths to buy tickets and meet her idols. She says that K-pop fans are some of the most obsessed in the world.

“One time, when I was 16, a friend of mine took me to the city to line up for VIP tickets to a concert at four in the morning, but the tickets were not available until 11 am. This was in the middle of winter in Melbourne. I was literally in tears,” Wan says.

“Another time, this Korean variety show came to Australia to film and one of my favourite singers was going to be there. So my friend and I drove to Sovereign Hill [near Ballarat] just to see them.”

Ayten shared a similar story of her attempt at meeting a K-pop star.

“Because I’m from Turkey, K-pop doesn’t usually come to my country, but once this band called CN Blue, which I don’t really listen to, came for a concert.

“I still went to the airport at six-thirty in the morning so I could get a good spot to see them when they arrived at five in the afternoon,” says Ayten.

The rise of K-pop in Australia has allowed people to embrace a culture beyond our shores, and further diversify our society. 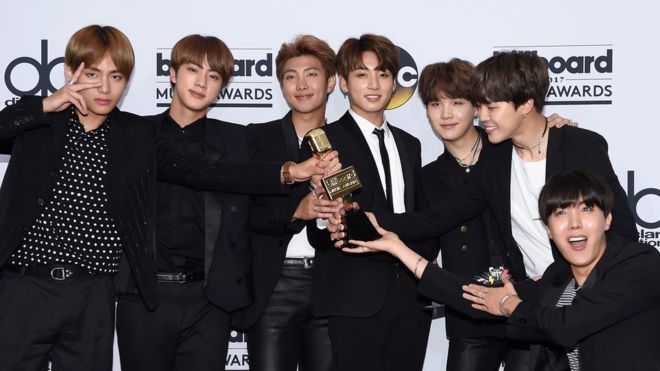 K-pop band, BTS won the ‘Best Social Artist’ award at the Billboard music awards this year, taking over from Justin Bieber who is the only other artist to win the award since it’s inauguration in 2011.

Park agrees that the future of K-pop in Australia is bright, and its growing popularity will offer opportunities for Australians to break into the industry.

“I think a lot of Australians are ready to embrace the more niche culture forms as our society is a collective of diverse cultures, to begin with,” he says.

He claims that with the right timing and placing of K-pop events in Australia, Korea will be able to recognise Australia as a suitable touring avenue for their artists, which should lead to even more concerts.

“There are many talented Australians who are aiming for the K-pop scene. Although there are a few who have made a name in Korea, I hope more Australians fulfil their dream in joining that list,” Park says.

“I think these avenues may help more Australians get acquainted with K-pop. It’s not for everyone, but for those that like it, it becomes a real passion.”