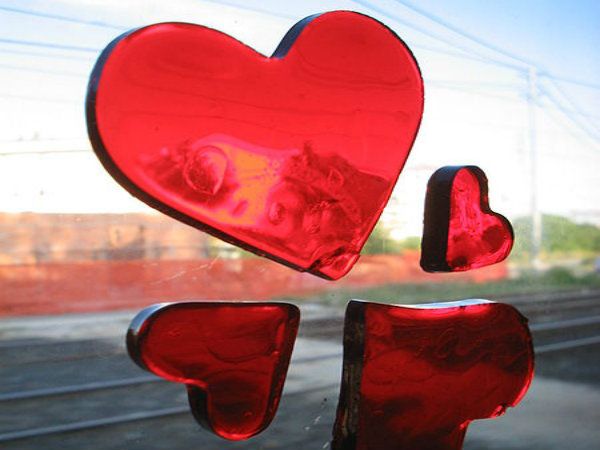 Whether you like it or not, you are constantly being romantically pursued – or at the very least, observed – while travelling on public transport.

And is this really such a bad thing?

Prague’s railway company, Ropid doesn’t think so. They have taken The O’Jays’ lyrics “start a love train” a little too literally and are now providing love aboard their network, at no extra cost.

The Czech city has recently revealed plans to set up a ‘love train’. That is, certain carriages aboard it’s public transport system that will be reserved for the sole purpose of finding love.

These new ‘singles only’ carriages will transform transport into a hub of romance.

Ropid spokesman, Filip Drápal says they hope that by setting up these carriages more people will be encouraged to use the public transport network.

“We want to emphasise that public transport is not only a means of travel but that you can do things there that you cannot do in your car,” he says.

Many single people blame a busy lifestyle and a lack of time to indulge in romance as their source of single-dom. But Drápal says with these new carriages there will be no excuse for avoiding love.

“People today have no place to meet. Maybe somewhere at parties, at work. Here they have the opportunity. In the Metro, you can read, learn, so why not find a partner?”

It’s all about finding love in an unconventional way, where you least expect it.

But some locals are uneasy about these plans.

Prague resident, Petr Voracek told local paper, MF DNES, “When I’m in a rush, I enter the first open door I see. I should watch out now and make sure no one starts seducing me.”

Another local, Karolina Vranova told the paper,”What if someone sees me in the carriage and tells my boyfriend?”

Polls conducted by MF DNES have shown that the city is divided, with 52 per cent of people in favour of the idea, while the other 42 per cent find it absurd. The remaining respondents were unfazed either way.

Plans for these carriages come as Prague experiences a serious lull in births and marriages.

And while the final details of the plans are still being drawn up, it appears the ‘love train’ will be up and running by the end of the year.

But this brings us to the other end of the spectrum. While some may enjoy being pursued on public transport, what about the others who find it somewhat unnerving?

There’s no doubt, strangers approaching you on public transport, particularly at night time, can be frightening.

This new ‘love train’ has caused a stir for both the good and the bad, with some saying it may promote sexual harassment.

Other nations around the world have already set up carriages on their public transport networks that are the complete opposite to Prague’s proposed plans – ‘un-love trains’ in a sense.

These are ‘women only’ carriages, where women are free from the sexual advances that have been proven on transport networks across the globe.

There is nothing romantic about being actively pursued by a drunk on a train.

Indeed The Sydney Morning Herald has reported an average of more than 200 cases of sexual assault per year occur on the Sydney rail network. This is amidst figures that one in three women will be sexually assaulted in their lifetime.

Brazil, Japan, Egypt, India, Indonesia, Israel and Taiwan already have ‘women only’ carriages operating in their major cities, and there have been calls for Australia to follow suit.

But the government is yet to implement any plans for gender specific carriages in the near future. Surprisingly they also haven’t revealed any plans for ‘love trains’ either.

With this in mind, it begs the question is true love really possible on public transport, or are these ‘love trains’ just asking for unwanted sexual advances?