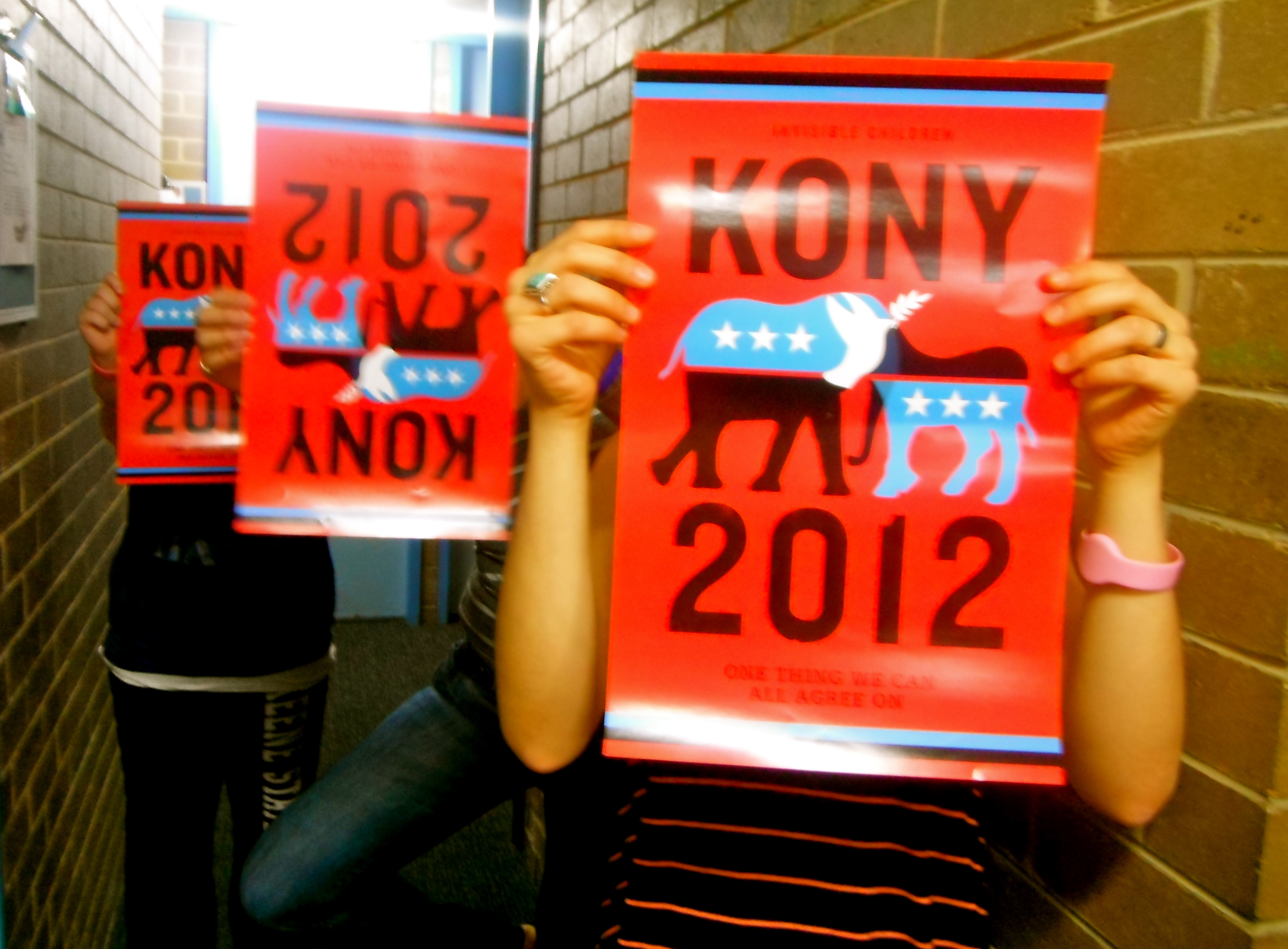 The social media sensation, created by non-profit organisation Invisible Children, was launched 5 March 2012. The initiative was promoted to raise awareness of the African criminal Joseph Kony, known for using child soldiers, abduction, sex slavery, and other violent crimes. By making Kony a household name, Invisible Children hoped to encourage the population to write to government officials supporting his arrest and trial in the International Criminal Courts. The video received a lot of support initially, but like all things Internet-related, was ripe with conflict overnight. The finances of the organisation, a compromising photo of the creators with armed African forces, as well as a scandal involving Jason Russell, the maker of the video, upset the cause in the weeks that followed. Now, over a month later, KONY 2012 has fallen by the wayside.

Perhaps this is why the movement created the event ‘Cover the Night’ several weeks after the video aired. The original video encourages viewers to purchase posters, t-shirts and other paraphernalia online to spread awareness for the cause. The evening of 20 April, today, calls supporters to literally paint the town red to raise awareness for Kony once more. While the movement does advise that no one damage property or put propaganda up in illegal places, there is an air of rebelliousness to the event. Under the cover of darkness, put up posters for your cause- should we all be dressing in black?

Truth be told, I forgot this event was occurring until it appeared on my Facebook events section this week. While the fire for the cause appears to have dwindled in the mainstream media, Invisible Children has been actively putting up videos on YouTube the past few days about the campaign and how to get involved. As the organisation, according to the video, has been operating for over eight years, it’s not surprising that they have pressed on with KONY, but what about the millions of viewers that watched KONY 2012 go viral?

Has Jason Russell running around in his underwear discouraged supporters? What about the backlash that is widespread through social media by those who are opposed to the cause? It has been accused of over simplifying a complex issue, funding an army who has also committed atrocities towards the African people, and illegitimate finances as a company. Invisible Children released a statement here to refute all of their criticisms in an eloquent manner, but is it too late?

There are many questions surrounding the campaign, and only time will tell how the support has grown or decreased for the cause on the morning of Saturday, 21 April when we will see if the night has in fact been covered. Check back with upstart Magazine on Monday, 23 April for a follow up report.