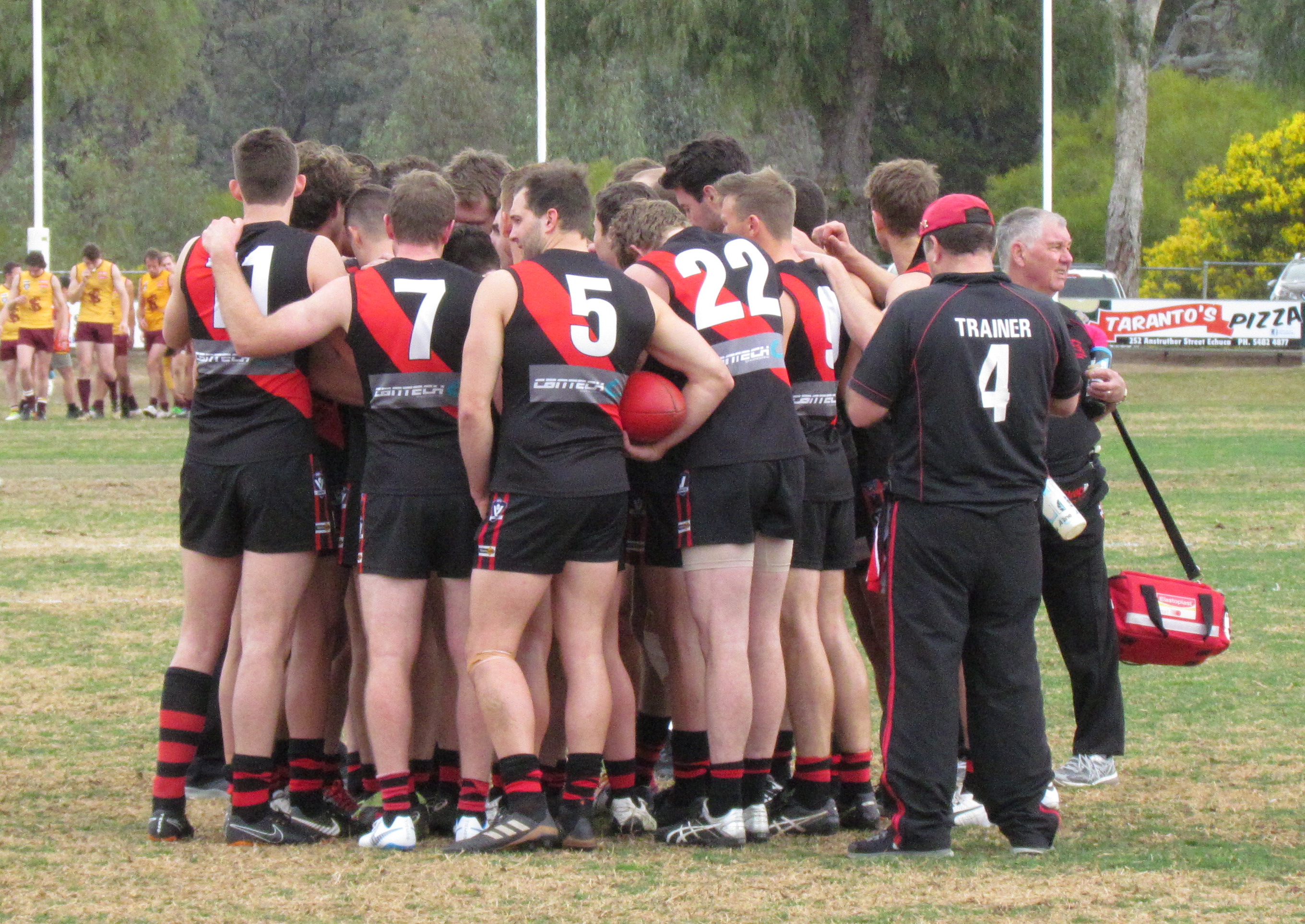 The Bombers’ defeat of Shepparton in the qualifying final saw them equal the Victorian record for most consecutive wins. Vermont currently holds the record with 61 wins on the trot from 1988 to 1992.

“Vermont is in the top three every year. Kyabram is not,” Daffey told upstart.

“Nobody is surprised if Vermont has a season or two where they win every game.

“According to Kyabram’s history, this is completely out of character. It’s an out-of-the-box situation.”

Although Kyabram is the second most successful team in GVFL history – trailing only Shepparton in the premiership count – the majority of their premierships came before 1950. In the period between 1951 and 2012, the Bombers only won three flags.

Kyabram’s struggles were particularly accentuated throughout the first decade of this century. In fact, from 2000 to 2007, Kyabram didn’t compete in a finals series.

The 2007 season signalled the turn of the tide for the Bombers’ fortunes. After finishing second-last with two wins for the year – only above Tatura’s miserly one win – Kyabram saw an opportunity to acquire one of the GVFL’s premier coaches, David Williams.

Departing Rochester after 16 seasons at the helm, which yielded seven grand final appearances and 13 finals series, Williams’ task was to change a cellar-dweller into a juggernaut – and he did just that.

Though he has clearly made his own positive impact on the club, current Kyabram coach Paul Newman recognises the effect Williams had on the Bombers a decade ago.

“He turned the club around,” Newman said.

“We were a bit of a rabble. We just weren’t successful at the time. When he came in 2008, everything changed.

“All of a sudden, we were able to attract a couple of recruits and we built momentum from there.”

Build momentum they did. Following Williams’ appointment for the 2008 season, the Bombers improved drastically to a fifth-place finish.

Then, in 2009, with Williams in just his second season in charge, Kyabram reached the grand final. Although they lost to Mansfield by 19 points, the foundations had well and truly been set for the club’s future achievements.

After six seasons in command at the Bombers, Williams and his team tasted premiership success in 2013, breaking a 17-year drought.

However, the team taking the field in 2018 are another beast. A core group of about 10 players from 2013’s flag-winning team remains, propped up by talented recruits and local guns.

Among the locals are former AFL-listed players in Kayne Pettifer, Patrick Wearden and Brad Mangan. Daffey says Kyabram’s team is “an extraordinary group of players”.

“The Kyabram players are at least five kilograms heavier than their opponents. They’re all big, solid blokes. There’s no slight teenager among them.

“But most of them aren’t flashy. They’re just able to consistently get the job done.”

While Daffey admits the Bombers have the players to be successful, nothing should be taken away from coach Newman.

“They’ve got to have the players to do it, but a lot of the players are there because Newman’s coach,” he said.

“He’s the unifying factor. You need a coach that commands respect from everyone to keep those players together.”

In classic Newman style, he’s quick to downplay his own contribution to the team as coach, and instead heaps all the praise on the playing group.

“The selflessness of the group is a big factor to our success,” he says.

“There’s a lot of money in country footy these days and we’ve got a fantastic group of guys that are willing to make the sacrifice so that they’re able to fit within the salary cap.

“They’re just a really humble group and I think that’s the secret. They just go about their business, week in and week out.”

After completing their third straight home-and-away campaign without defeat with the win over Rochester, one would imagine the dominant Kyabram team would become complacent.

Insisting it’s nothing of his doing, Newman says his troops remain level-headed as a result of their team-oriented attitude.

“It’s just the type of guys they are. A lot them are introverts who don’t say too much,” he said.

“They’re not fussed, they just play their role. They’re not after individual accolades or being the best player each week.

“They’re happy for their teammates to succeed and to overall play good team footy.”

But is the Victorian record for most consecutive wins in the back of Newman’s mind?

“(The record) isn’t spoken about.”

Tennyson Tinning is a third year Bachelor of Media and Communications (Sport Journalism) student at La Trobe University. You can follow him on Twitter @tinningtennyson