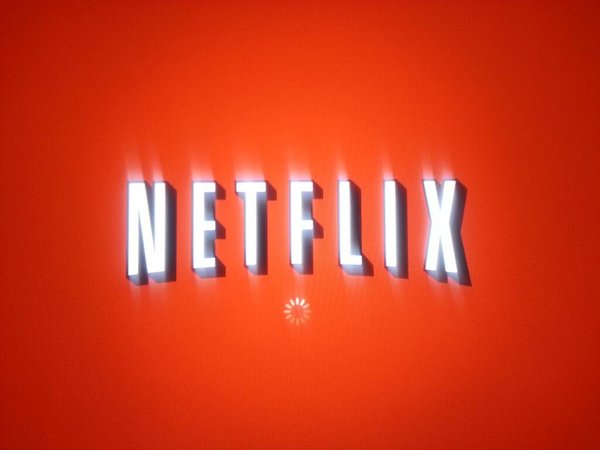 how to be an antisocial teenager featuring Netflix pic.twitter.com/IurxWEXp83

Not bad for a company that began in 1997 as a DVD postal service.

Obviously, over the course of the past decade, their initial business plan has morphed and regenerated considerably, moving into the relatively untapped potential of online streaming movies and TV shows.

While it has taken some time to get the wheels of social change turning after beginning online in 2007, the juggernaut is gaining momentum at a rate that not only has old school TV executives quaking in their boots, but the entire TV industry readying itself for an entertainment revolution.

Unfortunately, Australia isn’t part of it.

Netflix is currently available in 41 other countries, with the majority being in the Americas and Europe.

There are online streaming companies available that offer a similar product in Australia – Quickflix being the standout – but so far none have been able to have the same impact.

This is largely due to a perceived lack of interest and, more accurately, a lack of quality products being offered.

Netflix has enjoyed its success because it has been able to satisfy viewer demands with a massive range of films and TV shows that are able to be bulk viewed and instantly available at the click of a button.

They have taken their role one step further and started to produce their own TV series – only available to Netflix subscribers. This includes a new season of cult comedy Arrested Development and other original series House of Cards and Orange is the New Black.

By comparison, Quickflix’s available content is dwarfed by their American counterpart and has no projects being commissioned by the company to offer original content.

There’s little wonder Australians are less willing to turn over their hard earned cash for a product that is nowhere near as complete or exclusive as it could be.

But there are other factors that suggest it isn’t just a problem with what’s being offered, rather a deeper, more ingrained issue within the Australian psyche.

TV has always been free for the masses to enjoy and while Foxtel and Austar have come into the market in a big way in the recent decades, it still hasn’t exactly won Australians over.

Compared to the US where pay TV is installed in 90 per cent of households, Australia’s figures are closer to the 30 per cent mark.

With new channels accessible on Free-To-Air-TV – with a range of shows and sporting events available for nothing – as well as free online catch up platforms such as ABC iView, it make little sense to change subscriptions.

There’s also the ‘binge’ viewing‘ culture that has made Netflix such a success but this is not quite as rampant in Australia.

This is largely due to TV shows not being available by the season for instant viewing unless you pay for the DVD/Blu Ray box set.

Other external factors such as Australia’s smaller population, climate and fondness of the outdoors may drag many away from the dark cesspits of an eight hour TV-watching session.

But that’s not to say that online streaming wouldn’t be viable in Australia.

For those raised in the digital age, TV and the internet are viewed as going hand in hand rather than being completely different mediums.

With the demand for quality content arguably at it’s highest point ever, Australians are still finding a way to access it, albeit illegally.

Australia is currently a world ‘leader’ for video piracy, reportedly costing the economy a whopping $1.3 billion annually in 2011.

For the final episode of the critically acclaimed Breaking Bad series, nearly one in five viewed copies came from Australia.

While there is no denying law-breaking has occurred, there is a silver lining.

Australians want to watch the latest content and have a thirst for quality programming.

If there was a way for that thirst to be quenched and satisfied, say via on-demand legal streaming websites, then it’s very likely the numbers of piracy downloads would drop as they have done in the US and Canada with Netflix.

Logistically, it could be a while before this happens in Australia.

Netflix are currently in a position where they don’t need to expand immediately – the positive press they are getting from lamenting Australian bloggers is single-handedly holding off the competition.

There’s no doubt that there is a huge a market for online streaming but it’s one that no-one else can seem to completely figure out yet.

That means TV fanatics in Australia can only sit and wait for Netflix, or until someone else decides to bite the bullet and offer an equal or better product.

Until then, Australia will continue to lag behind.