The personal trainer from Selby is using the event to raise money for muscular dystrophy to support her two brothers. 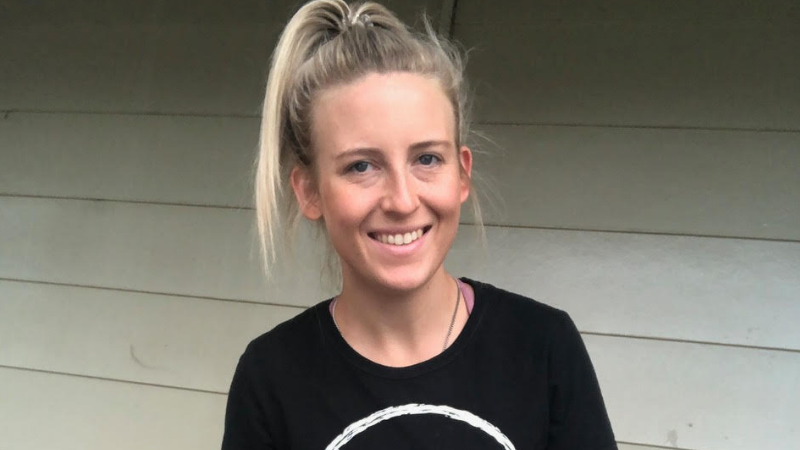 Laura Healy is preparing for the ride of her life.

But directly before that, she’ll be doing the swim of her life, followed by the run of her life.

On Sunday 9 June, Healy will take part in the Cairns Ironman, a qualifying event for the annual Ironman World Championship in Kailua-Kona, Hawaii. The event is traditionally held on the second Saturday of October.

If the name doesn’t give it away, Ironman races are one of the most gruelling sports an athlete can enter. Effectively, it is the same race structure as a triathlon, except the distances of each section are far longer.

The standard distance triathlon format used in the Olympics and other major events requires competitors to complete a 1.5km swim, a 40km bike ride and a 10km run.

In comparison, the Ironman format significantly multiplies the distance of each leg. Ironman events call upon entrants to complete a 3.8km swim, a 180km bike ride and a 42km run.

Over the next few months, the 30-year-old personal trainer will be adequately training for what she is about to go through, and while she’s doing it to test the limits of her body, it’s not just for personal gain. She’ll also be using the event as an opportunity to raise money for Muscular Dystrophy Australia, with her brothers Matt, 34, and Rob, 32, who have both been stricken with the disease.

“I decided I needed to make this ironman achievement more than just a goal for me to achieve,” Healy told upstart.

Healy wants to use her entry into the Cairns Ironman as a platform to promote awareness for muscular dystrophy and raise funds for charity, with her brothers serving as a huge source of inspiration.

“When I entered the event, it was purely a goal for me to achieve,” she said. “But as the weeks went on, I started thinking about my reason as to why I am so passionate about health, fitness and setting such big goals for myself. My reason is because of my brothers and my family situation.”

Healy has always had a positive outlook on fitness and is highly motivated, but realised that the opportunity to use the gruelling race as a platform for something bigger, to help out her older brothers, was there for her.

“I have the ability to move my body and the choice to set and achieve huge fitness goals,” she said.

“It was a couple of weeks before I decided I wanted to make this journey bigger than just me achieving it, but rather using it as a way to raise money for the exact reason why I take on such big goals.”

Healy decided to compete in the Cairns Ironman event after watching a friend compete at last year’s event. She said that seeing him compete was rewarding enough to be convinced to give it a try.

Last year, she entered a half Ironman (which is still more than double the length of the Olympic format) in Shepparton, but decided that she was ready to challenge herself to meet the requirements of an event that will push her to the limit.

“I had watched him train for 10 weeks prior to it and saw how intense the training and the actual event was,” she said. “Even at this event, I remember thinking I wouldn’t be able to do it. But after seeing him complete it, I signed up and completed a half Ironman in November last year to get a feel for it.”

“It was the hardest thing I had done, but as soon as I finished, I knew I wanted to be able to achieve the goal of a full one.”

After completing the half Ironman, she hired Sean Foster, the head performance coach of Australian triathlon club Fluid Movements, to prepare her for the full distance race. Healy has undergone several weeks of intense training to get her to a level where she can participate at the higher intensity.

Ironman events last almost eight hours, so Healy is working hard to prepare her body for such a high level of endurance.

“We started my training in mid-January,” she said. “I have eight or nine training sessions over six days, with one rest day per week. On the weekends, I have longer sessions which now are four-plus hours. Each week, the intensity or duration of the sessions increase.”

Along with changing her fitness plan, Healy has had to adjust her diet as well, to account for how much energy she needs to expend while training for Ironman races.

“My nutrition has had to change a bit over the last couple of months,” she said. “I have to make sure I am eating enough to maintain intensity in my training session and help my recovery throughout the week, so I have had to increase my intake and focus on eating to fuel my body. I eat every couple of hours and make sure to eat lots of healthy, fresh foods.”

Once Healy races in the Cairns Ironman, she says she is “probably going to get hooked”, on completing more events. She admits she has loved training and watching her progression with each week that goes by.

Healy will likely enter this year’s Shepparton half Ironman again. The personal trainer calls herself “extremely competitive”, and already has her sights on completing a second full-length Ironman so she can beat her own time.

Having the opportunity to raise awareness for muscular dystrophy is the most important thing for Healy, knowing that her brothers will be right behind her during the race.

“Making this Ironman about raising money to support my brothers has made it even more special for me,” she said.

“Knowing that while I am dedicating so much time and energy into this goal and I am still able to make a difference and support them makes me even more motivated and dedicated to it. They have always been supportive of me in anything I decide to do.”

“They are my biggest fans, they know how much this goal was important to me. But when they knew I had made it about raising money for Muscular Dystrophy Australia, I think they knew it was even more special to me.”

Kristian Bouboukis is a third-year Bachelor of Media and Communication (Journalism) student at La Trobe University.