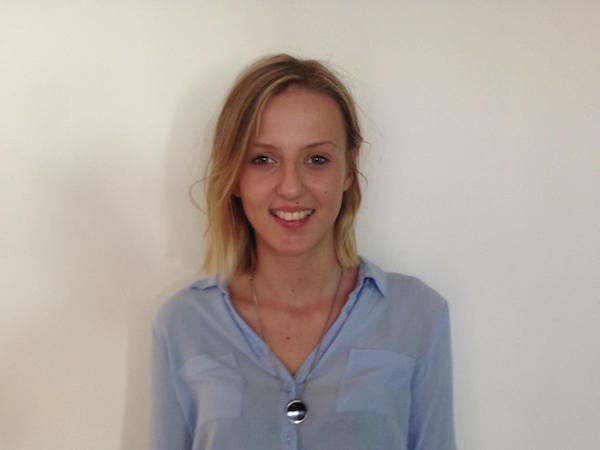 It’s not uncommon for people to set their heart on a dream career from a young age.

For upstart’s former politics and society editor, Ewa Staszewska, her initial dream to be a lawyer just wasn’t meant to be.

After completing work experience in high school, Staszewska realised a career in law wasn’t right for her.

When deciding which path to take with her tertiary studies, Staszewska combined her passion for creative writing and politics, and chose to study journalism at La Trobe University.

As she prepares to graduate from her course, Staszewska speaks to Monique Quercio about her university journey, and what she might’ve done differently if she could do it all again.

Learning from experience: from law to journalism by Upstart_Magazine on Mixcloud

M: Has journalism always been something you’ve wanted to pursue as a career?

E: No. For 10 years I wanted to be a lawyer. Then I did work experience and I decided it wasn’t a career I wanted to pursue. Initially because I didn’t want to do 50 hour weeks, which is kinda ironic because the times and weeks for journalism aren’t very stable. Then I came to uni and started an arts degree hoping to do international relations and maybe working for the UN. I had a passion for writing…creative writing, and then I decided that maybe I could combine the two and do writing and politics and educate people about politics. So that’s what I want to do, political journalism and current affairs.

M: What made you choose La Trobe as your university?

E: I actually chose La Trobe for the language program. As well as a Bachelor of Journalism, I’m doing, I’m finishing a Diploma in Languages, in Spanish. I already speak Polish and for me, there’s something really important about talking to someone in their native tongue. I really want to be a foreign correspondent, so I just thought Spanish was a widely spoken language and whether it was working for the UN or as a journalist, it was a language I wanted to know, and it’d be useful. So I actually came to La Trobe for the language program, yeah.

M: What has been your favourite or most memorable part of studying journalism?

M: If you had a chance to do your course all over again, what would you do differently?

E: I would probably try and do more work experience and internships earlier on. When I first went into my journalism degree, I wasn’t sure whether I made the right choice. I used the first year as a trial, and I wish I had had more hands-on experience. Now I’m doing things like SYN, just getting involved with Syn FM radio, and things like that I could’ve been doing my whole degree for three years, and that’s the most important thing. I’m doing a lot of interviews at the moment for internships or cadetships, graduating, and I’ve done a lot of things in the last year, but I wish I had work from the last three years to show because I think that really shows dedication and commitment and passion.

M: So you started working for the upstart team this year, and got recently appointed Politics and Society Editor. How’s that been for you?

E: I think it’s been really good. I would recommend it to anyone, because, the thing is, it’s independent, you have to push yourself to do different things. But what I enjoy about doing upstart is I’ve seen my personal growth. My first story that I wrote took me, I don’t know, five hours to write, and I was sitting there like, ‘oh my God, how do I do this?’ Everyone says you’re going find your style, and I was like, ‘oh my God, I’m in my third year and I don’t have a style of writing.’ Then you start writing more often, and for upstart you need to be writing weekly, and that pushes you to interview people, and that pushes you to actually learn different things. As a result, now I feel confident in my writing style and I feel confident that when I get a story idea, that I’m able to pursue it, that I’m able to interview the people that I need to, and when I’m writing, it now takes me like half an hour to 40 minutes to write a whole, you know, 800 word story. So I guess the main thing I’ve gained from upstart is confidence and then this semester being an editor, has consolidated that because editing other people’s work, you realise how you like things, what’s wrong, what’s right. You learn new things as well.

M: What are you hoping to do once you graduate at the end of this semester?

M: What contribution would you like to make to the journalism industry?

E: That’s a good question. I think, the future of journalism, because of the immediacy of how we get our information now, and we receive things at such a rapid pace, I don’t think the future of journalism isn’t necessarily two minute story updates on events because we can get that on our phone, with the touch of a button. I think the future of journalism is explaining to the people what’s happening. So I hope my contribution as a foreign correspondent is to help people understand difficult conflicts, like for example, I feel like with global warming we’re going to have a lot of challenges, I mean we’ve just seen the refugee crisis in Europe and I think that would be heightened. I think in the future, unfortunately we’re going to be fighting over resources and there’ll be a lot more people who’ll be displaced and that’ll leave those countries under immense pressure. So I hope that my job will be a trusted news source, a trusted face for the Australian public, to explain to them what’s happening abroad and why it’s affecting us and how it’s affecting us. So I just want to put things into layman’s terms.

M: And finally, what key pieces of advice would you give to students who are currently studying or wanting to study journalism?

E: Key advice. You’re only going get out what you put in. And I know that sounds really cliché, but if you get an assignment back and you’ve receive a B, and you’re annoyed that you received a B, the only way you’re going improve is if you go speak to a teacher. Write stories that you care about because that shows in your writing. I mean, if you’re really passionate about, for example, Steph Atkins at the moment, I’ve been editing her pieces for upstart. She’s so passionate about sharks, and that shows in her writing. Yeah, she’s writing about sharks, but I wanna read it because she’s passionate about it. Do hands-on stuff, community stuff. Even if it’s one day a week, go do some radio, go do SYN, it looks good later on. Join the upstart team, work on your folio because you’re going get to third year and you’re gonna be like me and you’ll be like, ‘woah, what, I’ve got nothing to show for all this stuff’, and ‘hey, I’m good, please take me’. And listen to your teachers. They do advertise a lot of opportunities, so grab them. And yeah, good luck, because journalism is exciting, and I think it’s gonna be a crazy industry to enter. I don’t think journalism is dying. I think journalism’s more exciting than ever before. We’ve got so much happening in the world, so get in and amongst it.

Monique Quercio is a first-year Bachelor of Journalism (Sport) student at La Trobe University. You can follow her on Twitter: @monlouise96