Left and right-wing politics do not see eye to eye on education and refugees but perhaps there is some common ground somewhere, Matt Marasco reports. 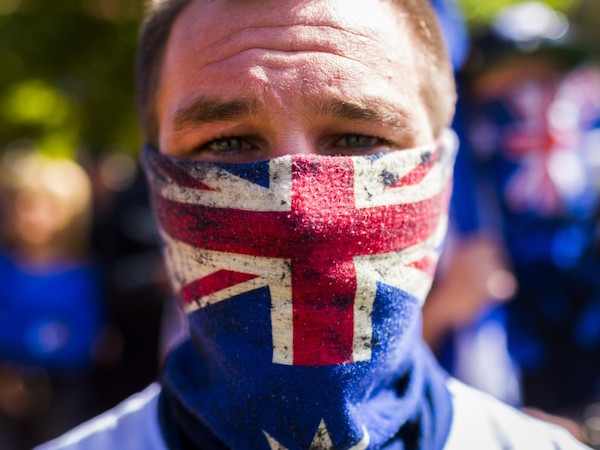 Anti-Semitism was pervasive in 1930s Europe, and nearly 100 years later, the same sentiment has shifted to anti-Islam.

The problem is no longer confined to one continent but rather the western world, and this is fashioning a global phenomenon of resentment.

Right-wing populists are trending and it goes beyond the antics of Donald Trump, Nigel Farage and Pauline Hanson.

The rise of far-right politics is evolving in our own backyard through grassroots campaigns from the likes of Reclaim Australia, The True Blue Crew, Love Australia or Leave and United Patriots Front.

These separate groups do not always get along but they do share the same position on immigration.

The ringleader of the right with four senate seats, One Nation are calling for an inquiry into Islam, a ban on Muslim immigration and the installation of surveillance cameras in all mosques amongst a series of other measures.

The United Patriots Front (UPF) share the same views and have established themselves as the “resistance against the spread of Islam”, as declared on their Facebook page.

A spokesperson from the UPF says that state education is deliberately denationalising Australia and allowing its citizens to fight against each other.

“We are just people who did not listen to the shit being disseminated throughout the schools.”

UPF insist that they are not fighting the left-wing but rather a system of internal subversion.

“Left-wingers and Islamic immigration are just products of that subversion,” the UPF spokesperson says.

While they may not have been attentive in school, they are not happy with our education system as it attempts to undermine nationalism.

The literal production of an unpatriotic education is just one interpretation of our schooling system.

City of Yarra councillor and socialist, Stephen Jolly, says that school students should be open to different perspectives of history.

“UPF want their version of history, and that is just ridiculous,” Cr Jolly tells upstart.

“Their version of white Australian history means white people discovered Australia and there was nothing here before that.”

Cr Jolly says that these patriots do not consider the settlement of Australia as an invasion and that they refuse to acknowledge that the indigenous population were wiped out.

“They [UPF] just want their old school, 1950s perspective but they are living in the past … and Australians won’t cop that,” he says. 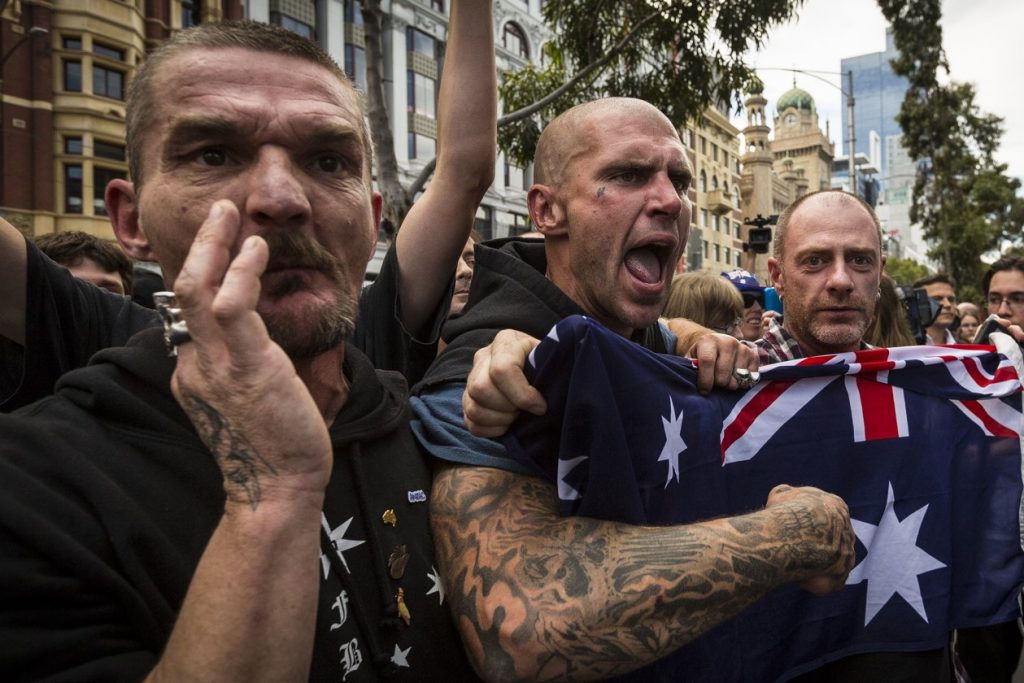 Founder of the Love Australia or Leave Party, Kim Vuga, started her political party with an ambitious long-term goal of leaving the United Nations (U.N.).

“I believe that Australia needs to stand on its own two feet and decide who comes in and out of our country,” Vuga tells upstart.

Vuga’s Party present their views of the U.N. in their January 2016 policy document that calls to walk away from the 1951 Refugees Convention.

The 1951 multilateral treaty sets out the rights of refugees and defines the humanitarian standards and responsibilities of the states that grant asylum.

“I have been speaking with U.N. officials and … a country can leave the U.N.,” she says.

“We have already bought the domains and the hashtags ‘exitUN’ and things like that so we will be moving forward on the long-term campaign for leaving the U.N.”

Vuga credits her opportunity as a participant on the SBS program, Go Back to Where You Came From, for providing the platform to get into politics.

Vuga says that her party is growing across Australia with party members of Syrian, Egyptian, Indian and indigenous backgrounds.

“These people have moved from their country because they thought Australia would be a good place to bring up their kids and then all of a sudden, they are saying ‘You guys are going to make the same mistake that we have seen in our country by letting these people come over here’,” she says.

Though, if mistakes cause people to flee their homelands, is it really appropriate for Australia to close borders and walk away from the refugee convention?

Prominent human rights lawyer, Julian Burnside, QC, says that Australians regard themselves as decent, generous people and the ideal of a fair go for everyone is fundamental to their character.

“Australia is part of the world and there are people in the world who are suffering in ways we can hardly imagine,” Burnside tells upstart.

“If we turn our backs on the suffering of others, we betray our own character as a country,” he says.

“If we back out of the U.N., we will lose our capacity to influence the course of events.”

The intolerance of washing our hands of the flight and terror of refugees is frightening, yet Vuga and her multicultural party members maintain a hard-line on immigration.

“We need to put an indefinite moratorium on Islamic immigration … and while some might see that as being extreme I believe we are actually middle-ground,” she says.

Reconciling the right’s patriotism and the left’s egalitarianism may be one of the greatest challenges of the twenty-first century.

The widespread political division does not look like it will collaborate towards some centrist solution any time soon as the two-party preferred system appears to be failing and contributing to the rise of minor parties.

Aish Ramji from No Room for Racism says that the major parties have played a role in this.

“If you look at the last federal election, 25 per cent of voters voted against the two major parties,” she says.

There is a growing sense of insecurity and people are looking for a way out.

“The far-right is saying ‘The reason that you do not have enough jobs and services is because the migrants and refugees are coming and taking them’ … but what they are doing is pointing at something that is not a real solution,” she says.

The bipartisan support from the Coalition and the opposition for offshore processing and regional resettlement plays into the hands of right-wing groups.

Ramji says that all Australians have every right to be concerned with living standards and the future of their children but it is not the fault of refugees because they are victims of the same system that right-wing followers are angry with.

“I absolutely hate Trump but he has done something that has helped rip apart the major parties in the USA because there is so much hatred towards the establishment and the one per cent.”

Pauline Hanson’s popularity sky rocketed at the federal election in July when her One Nation party received more than 500,000 votes.

“She is stronger than she has ever been before … because her supporters see her as the martyr that the establishment tried to bring down but she came back up and she is now seen as someone fighting for them,” Ramji says.

Left and right-wing politics are at boiling point and a collective frustration must find common ground.

Housing affordability, homelessness, corporate tax avoidance and investing in jobs of the future are central to both political spectrums but bigotry is not solving any problems.