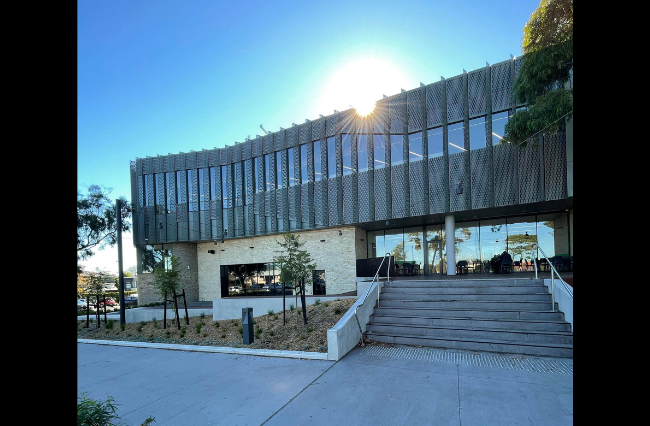 The dim lighting illuminates the dust being collected at the top of each book that lines the regimented shelves. A crisp silence fills the air, broken only by a librarian whispering shhhh.

Contrary to this popular depiction, libraries are not stuck in the 1800s, but rather thriving community spaces in the twenty-first century. Think an art gallery, IT lounge, theatrette, café, study rooms. Oh, and books.

An example of these new, multi-faceted spaces is the brand-new Ivanhoe Library and Cultural Hub.  The state-of-the-art library provides access to 200,000 items including books, DVDs and CDs, specialised software, updated technology, café, and creative spaces across multiple floors.

Ian Wedlock, Branch Manager of the Library and Cultural Hub, is very proud of the wide enjoyment of the space.

“By being both a library and cultural hub, Wedlock says that you can access all services under one roof providing strong partnerships for programming and events.”

The most recent Australian Public Libraries Statistical Report found that Australian libraries had over 110 million visits in 2018-19. Library website visits also spiked in 2019-20, growing from 51 million in 2018-19 to 63 million.

“I love that the library has a café, so I can have a quick coffee break in between studying,” she tells upstart.

“I don’t really like studying at home, when I’m at the library I feel way more productive, and I love the new upgrades, like all the new study spaces are really comfortable and spacious.”

Libraries across the state are seeing similar upgrades to Ivanhoe, changing places traditionally used for silent reading to places that foster bustling communities.

The Libraries Change Lives organisation supports the movement of libraries becoming places of innovation and collaboration. They champion the essential services that libraries provide every day.

CEO Angela Savage says that prior to COVID-19, there were over 30 million visits to public libraries in Victoria each year, and a third of Victorians held a library membership, including herself.

“As a lover of books and reading, libraries are a kind of paradise for me,” she tells upstart.

“I love that wherever there’s a library, there’s a place where you’ll be welcome.”

Savage paints a picture of the rhythms of a day at the library. In the morning, toddlers sit wide-eyed listening to story-time. Then the community groups shuffle in to use computers and meeting rooms. When 3:30 hits the high schoolers take over, armed with books and laptops, ready to tackle homework.

“Libraries in parts of Melbourne and regional Victoria with a high concentration of poker machines stay open late one evening each week to offer a free alternative venue for social gathering and entertainment,” she says.

While the new Library and Cultural Hub in Ivanhoe caters to the specific needs of the upper middle class Ivanhoe community. Savage says that the benefit of free public libraries extends beyond just the leafy, inner-Melbourne suburb of Ivanhoe. There are 276 public libraries in Victoria alone. There are also 29 mobile library vehicles across the state that make 310 stops on their schedule. However, this wasn’t always the case.

In 1853, the State Library of Victoria became Australia’s first free public library, but this was an anomaly.  Even by 1934, most libraries in Australia were subscription-based, which meant users had to pay membership fees. You couldn’t even borrow from most libraries.

At the time this horrified Ralph Munn, President of the American Library Association, and Ernest Pitt, Principal Librarian at the Public Library of Victoria. They noticed that Australia’s libraries were outdated in comparison to their American counterparts, writing a scathing report about Australian libraries at the time.

“It is pathetic to observe the pride and complacency with which local committees exhibit wretched little institutes which have long since become cemeteries of old and forgotten books,” it read.

Despite the abundance of free public libraries today, many people still brush them off as mere books on a bookshelf in a boring old building. However, libraries offer much more than that. Academics with expertise in technology and libraries, from the State University of New York, wrote about the ability of the public library to embrace the digital era. They went on to note that public libraries can “go beyond the provision of access to computers and to the internet”.

“They can further serve the community by becoming techno-centric hubs that may help the jobless find employment, create and support maker labs for entrepreneurs to experiment in innovation, support digital literacy, and other training programs,” they wrote.

Such is the exciting future of the old building filled with books. Savage recalls the comment of an inner-Melbourne library patron from a recent survey.

“Libraries are our anchors to the community – more permanent than our own homes.”