The NBL is hoping to cut into the monopoly of college basketball, but will NBA prospects embrace the Australian pipeline? 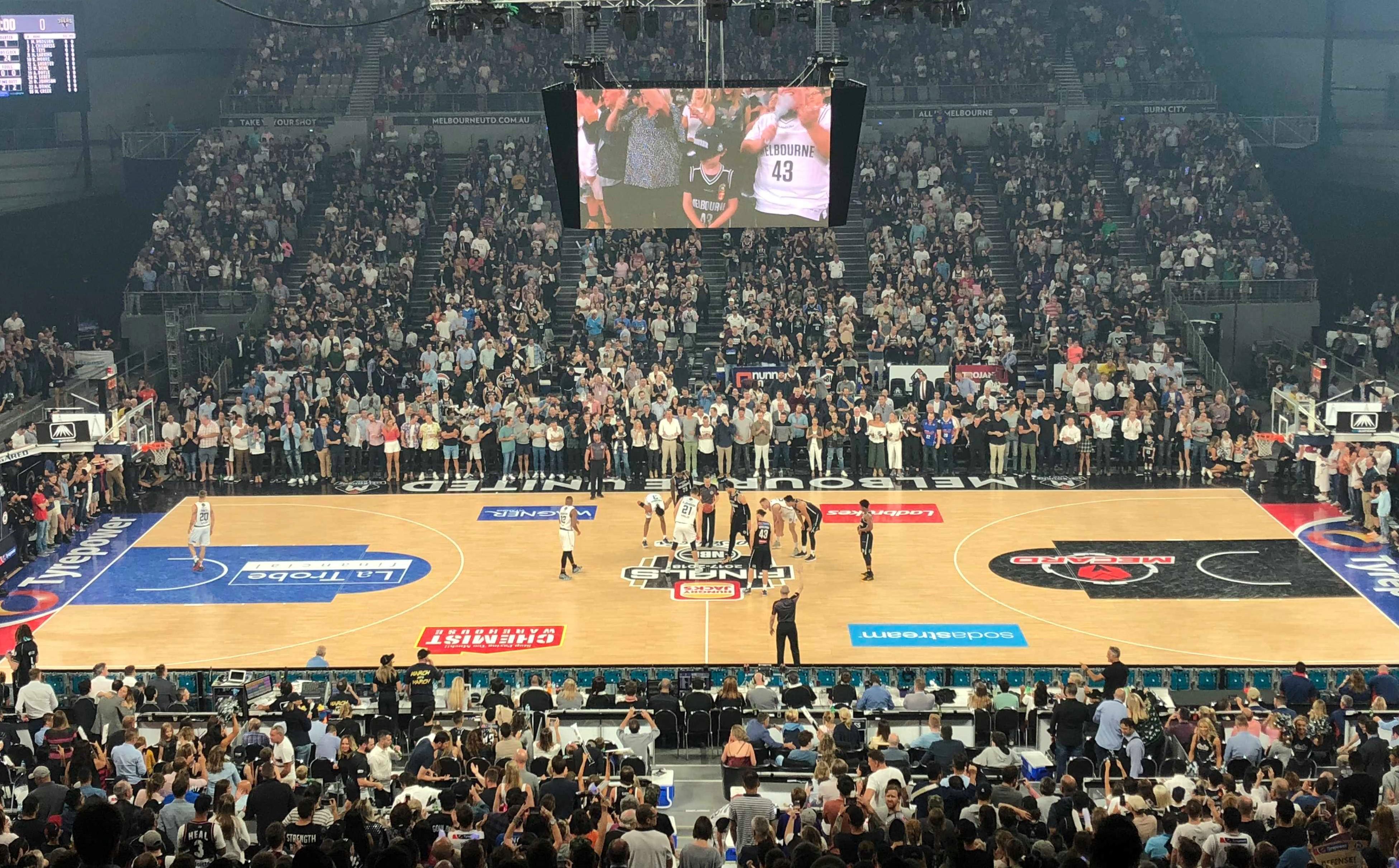 Throughout his early basketball life, Terrance Ferguson was a man among boys.

It’s a cliché used far too often, but it was true nonetheless. He was a high school superstar in Dallas, a top-20 recruit in the Class of 2016 and a Team USA representative in underage competition, all of which had colleges clamouring to recruit him.

But after initially committing to the University of Arizona, he turned them all down and chose to play for the Adelaide 36ers in Australia’s National Basketball League (NBL). And for the first time, he was a boy among men.

He was baited by his teammates with “tough love” at training, was forced to admit that his wiry frame wouldn’t cut it against fully-grown athletes, and for the first time in his life played limited minutes for minimal production—just 4.6 points per game in 15.2 minutes.

And yet, despite all of that apparent hardship in Adelaide, Ferguson is now in the NBA after being drafted 21st overall in the 2017 draft.

With the first NBL-to-NBA success story in the books, the NBL is looking to cash in on fellow Americans who want to… well, cash in themselves.

Earlier this month, they announced the “Next Stars” program, which will aim to attract more NBA draft-eligible prospects like Ferguson to the league.

The program, starting next season, will see players who are eligible for the following NBA draft nominate and go into a selection pool, from which a maximum of eight players will be chosen by the NBL.

These players, contracted and paid by the league, will be assigned to teams for the NBL season before hopefully being drafted into the NBA.

“Our interest was piqued in this regard when we had Terrance Ferguson come and play at the Adelaide 36ers last season… we learned a lot from that exercise,” Loeliger told Upstart.

“We’ve established that it is a legitimate alternative to the traditional path of going from high school to NCAA to the NBA.”

The Next Stars program is a boon for the NBL if successful. However, is it a legitimate option for NBA prospects, and how enticing can it be compared to college basketball?

There is one advantage the NBL has over the NCAA, and it’s an issue that is threatening to destroy the long-standing ways of the college basketball system.

The ongoing FBI investigation into corruption in the NCAA and the payment of college players has been a huge story this season and came to a head with allegations made against the University of Arizona this month.

The details of that story are less relevant to the NBL. What could affect the league is the possibility that more players will want to get paid in their pre-NBA careers, and that some may start looking for alternatives to the college system.

Players taking part in the Next Stars program would have fully-guaranteed contracts, with a maximum value in year one of $50,000 USD net of tax—a sizable pay cheque for players who would make nothing playing in the United States.

“Once you allow for tax and foreign exchange rates you’re talking about $100,000 Australian for a six-month season for a rookie, which is pretty good money,” Loeliger said.

While the timing of the Next Stars announcement wasn’t planned to capitalise on the NCAA scandal, Loeliger says it could certainly be beneficial for the program.

“[The announcement] just so happens to coincide with a period of difficulty for the NCAA, and therefore perhaps this may be more attractive to more people than we presumed,” Loeliger said.

Bryan Curtis, editor-at-large for The Ringer, spent time in Australia earlier this year and wrote about the NBL and Australian basketball.

He agrees that money is one of the biggest factors for young players.

“Any basketball player who’s making money for his college ought to get paid, so that’s in the NBL’s favour,” Curtis told Upstart.

And when asked if the NCAA scandal might make the NBL more attractive to prospects, he has a simple answer— “Definitely.”

It’s safe to say that the players would benefit financially in the short term from the program, but what about their long-term development?

As obvious as it may sound, a professional basketballer’s success and failure comes down to their basketball ability, which is why skill development could be a major factor in a prospect’s decision.

Loeliger is adamant that the number one priority will be the wellbeing of each player and their growth as an individual, both on and off the court.

“Whoever the player is that is signed, we want to make sure they get the best experience that they can possibly get over here in the NBL,” Loeliger said.

Hearing talk like that from the league CEO could be enticing for players, especially as the league will decide which team each prospect is allocated to.

When asked whether the NBL could be better than the college game for developing prospects, Curtis says that team fit would be the key.

“I think so, provided the player is right for his team’s system, has a coach who’s willing to develop him along with trying to actually win games, and is good enough to log serious minutes,” Curtis said.

It’s that last point, being able to play major minutes, that could be a deterrent to players.

Players good enough to play in the NBL could usually be superstars in college basketball, and most would be acutely aware of that opportunity.

“Remember, guys of Terrance Ferguson’s talent level would not only start in the NCAA but play huge, huge minutes,” Curtis said.

“I’m not sure sitting on the bench in the NBL is equally worthwhile.”

As someone who has grown up around college hoops and also seen the NBL close-up, Curtis is uniquely positioned to compare the two products.

While those less familiar with the Australian league may disagree, he is bullish about the quality of play as compared to college basketball.

“To me, the standard of play looked like very, very high-level college basketball and often better than that, with an important caveat—the players are much older, and more physically developed” Curtis said.

That gulf in physicality may be a barrier for some recruits, and Curtis believes it could prevent players from earning a defined role on their teams.

“Terrance Ferguson wasn’t completely outclassed talent-wise in the NBL, but from what I heard, he was a lot smaller than many of the 30-year-olds he was playing against,” Curtis said.

But he maintains that the sudden transition to a more physical style of basketball could save prospects from a rude shock when they arrive in the NBA.

“I think it’d make a good ‘welcome to the big leagues’ year for a lot of high-school players,” he said.

With so many players already committed to NCAA programs for next season, and with the Next Stars model yet to be tested, it’s hard to know how many players will show interest in joining the NBL.

Although Ferguson’s success provides something of a case study, Curtis is still unsure of how many prospects will commit to the program.

“I think you could see one or two… it takes a particular kind of 18-year-old to give up college basketball and move across the world,” Curtis said.

While the league is aiming high, even Loeliger is realistic about the program’s reach in its first year.

“The reality is in year one we don’t know who we’re going to be able to attract—this is all happening quite late in the piece, and there’s a lot of footwork to be done to get around to a lot of kids,” Loeliger said.

“It could accommodate eight players… but that doesn’t mean we have to have eight kids to proceed in the first year.”

Despite this, he’s confident any doubts from the players will be assuaged by the Aussie way of life.

“It’s Australia. What high school kid doesn’t want to come and spend six months in Australia while they’ve got the opportunity?” Loeliger said.

“Why not come and spend a summer where it’s English-speaking, you have this fantastic lifestyle [and it’s] a really good quality basketball league?”

Whether that really is a drawcard or Loeliger is just full of the trademark Australian bravado remains to be seen.

But the NBL is wading into uncharted territory, and that kind of initiative alone is a big step for Australian basketball.