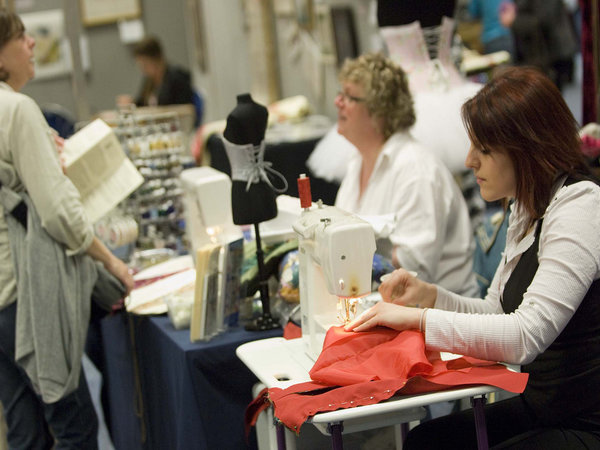 Spending money on clothing is an unavoidable cost of life.

Unfortunately, no matter how much you spend on an item of clothing, there’s a good chance the person who made it wasn’t paid an ethical amount.

If you’re wearing shoes made by Nike, adidas, Puma or Fila, or clothes from Bonds or Just Jeans, you are supporting the unethical creation of clothing.

And these aren’t the only brands on the chopping block.

A recent episode of Four Corners revealed that the majority of 7-Eleven workers are earning an estimated $10 an hour.

Following the revelations, consumers were urged to think more consciously about where they make their purchases.

Reports released earlier this year also found that there are underpaid workers in Australia who earn as little as $3 an hour making clothing.

Over 50 per cent of garments made in Australia are suspected to be made unethically by mistreated workers.

These workers, who are referred to as outworkers, are generally paid per item produced, work long hours, and work at homes and garages set up by the subcontractor.

Outworkers are becoming an increasingly popular option for fashion companies.

By having no permanent employees and no responsibility for machinery or electricity use, these brands are dramatically reducing their operating costs. By paying workers at such low rates reduces their costs even further.

To reverse this trend, some Australian brands, such as The Social Studio and Ginger and Smart, ensure their clothing and footwear is made ethically.

Ethical Clothing Australia (ECA) has worked with local industry for many years to ensure all workers in Australian textile, clothing and footwear supply chains are working in safe conditions and receiving legal entitlements.

This has helped spark a restructure of the industry.

ASOS has integrated a fair trade filter on its website called The Green Room. Shoppers are able to browse vegan, eco-friendly and ethically resourced clothing.

Large women’s clothing store, Cue, who works closely with ECA, ensures all of their garments are produced ethically.

“Cue has been a strong supporter of ECA and making clothes the right way in Australia. Cue works closely with its manufacturers and works closely with ECA to maintain an ethical workplace,” Chief Operating Officer, Damien Peirce-Grant said.

A variety of non-fashion related products are also opting to use sustainable products.

Peppermint Magazine is economically made and environmentally friendly, printed on an FSC-certified printing press and is 100 per cent carbon neutral.

ECA believes that outwork is a hidden aspect of the industry, which makes it hard to keep track of the workers who aren’t receiving legal entitlements and safe work conditions.

A representative from ECA, Sigrid McCarthy, tells upstart that consumers should look out for the ECA trademark when shopping or search through their list of accredited brands.

“ECA works with Australian textile, clothing and footwear companies that are committed to ensuring their local supply chains are fully transparent and legally compliant,” she says.

If more companies get involved, there’s potential for the ethical clothing movement to be integrated into fashion culture. This would allow the industry to remain a strong point of global expression.

As pretty as Nike shoes are, it’s important to be aware of how they’re created.

Boycotting brands that don’t support the ethical treatment of their employees is a starting point to ensure the fashion industry can flourish in a healthy way.

If you are unsure about your rights as an employee, read here.