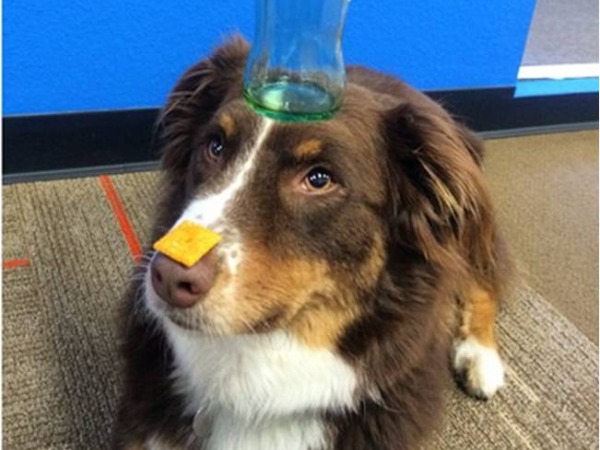 Humanity’s almost creepy obsession with all things cute and furry has now become the catalyst for the latest internet craze crowding up our news feeds: dogspotting.

It is not as if canine obsession is a new thing. People painted pictures of dogs on cave walls thousands of years ago. It is just that social media has allowed canine lovers to get their dog fix without logging off their preferred platform.

According to Cool Dog Group administrator, Sam Shepland, social media users’ desire to see humorous dog content is partly due to the history of mutual affection between our two species.

“Dogs are one of the easiest animals to get along with and one of the two main household pets, so it’s natural that there’s a huge audience for canine content,” he tells upstart.

It goes some way to explaining why so many people follow cute critters on Instagram or join dog appreciation groups on Facebook. It may even explain the drive behind the latest canine addiction, which goes one step further and makes a sport out of dog pictures.

The game is called dogspotting. It’s simple to play: you see a dog, post a picture or a description in the official Facebook group and collect points from other group members based on how interesting the ‘spot’ is.

Photos of your own dog are strictly forbidden in the group, as are selfies and other animals. All dogs posted on the page are the result of group members wandering around their local area and playing paparazzi with usually unsuspecting pooches. 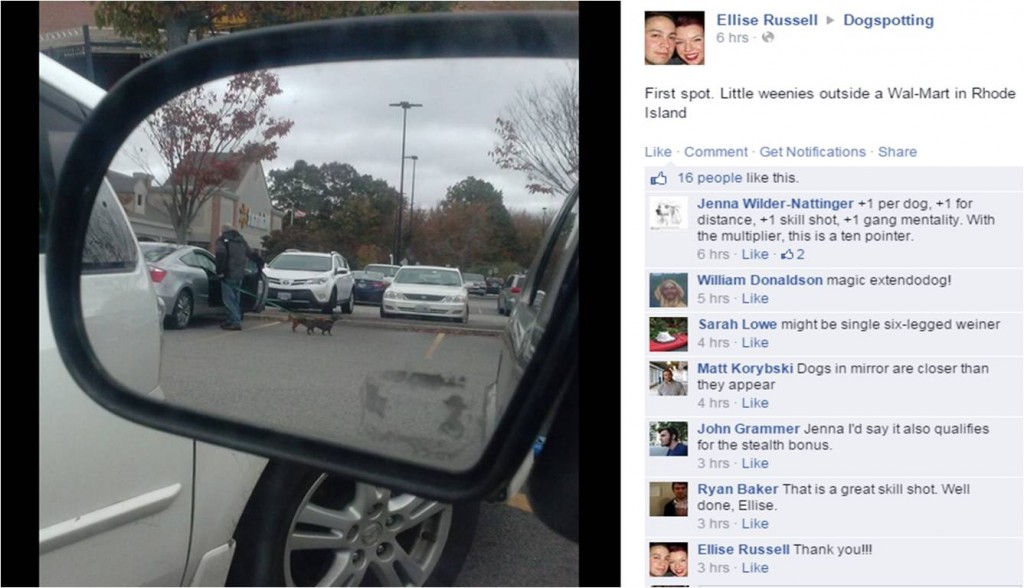 According to group creator, John Savoia, dogspotting’s charm comes from the “gameification” of seeing dogs.

“I think the cute factor drew many people to dogspotting, but people like games, and people like getting points for things, and being judgmental online,” he tells upstart.

“Dogspotting combines all of these things. It’s not hard to see why it’s become so popular.”

The game predates the internet, though its precise origins are unknown. Savoia brought dogspotting to the web in 2006 and created the Facebook group in 2008.

“[The game’s] popularity was nonexistent until late July/early August of this year when membership began to sky rocket for no appreciable reason,” he says.

There is nearly 30,000 people in the group, though not all of them actively play the game. Like members of Cool Dog Group and followers of Tuna the Chiweenie, many dogspotters are content to sit back and watch the dog photos stream down their Facebook news feed.

dogspotting is literally the greatest FB group i have ever belonged to pic.twitter.com/FmGgjF1f39 — horrorpuss (@hagalope) September 4, 2014

Group administrator and Director of Member Services, Jeff Wallen, can understand the attraction.

“I think humans have a built in love for dogs. We engineered dogs from wolves, and I think over thousands of years that love has been incorporated into our psyche,” he tells upstart.

“[People] see pictures of dogs and they want to join [the group]. Some stick around for the pictures in their feed, but most fall in love with the sport and stay for that. We welcome anyone, we just ask that if you want to participate you need to follow the rules.”

But rules can be divisive.

There are two main point-scoring ideologies in dogspotting. The group originally followed Savoia’s ‘Free Point System’, which has loose guidelines and allows for creative points. However, some people, including Wallen, disliked the system’s lack of order.

“It was chaos. Some of us old school spotters likened it to blasphemy,” he says.

“So we kind of orchestrated a coup. Orthodox took over, and I brought in a hard liner, Josh Boruff. He wrote the Orthodox rules and they were kind of fascist some might say. It didn’t go over well.”

The coup caused a schism that threatened to tear the group apart.

Re: #dogspotting I do think the discrimination of small dogs needs to stop. I mean, how can you not love dis face> pic.twitter.com/ws0i2vPd3m

“Emotions are running high on both sides; splinter groups are forming, and the media breathlessly covers our every move,” wrote dogspotting historian David Thorpe in a pinned post.

“With great difficulty, I have persuaded all parties to sit down and negotiate a new set of rules. I will be presiding over the 2014 Dogspotting Reformation Summit.”

Fortunately, negotiations were eventually successful, the group now follows Reformed Boruff-Savoian guidelines, and everyone can go back to the dog pictures.

Who knew something as heart-warming as dog photos could become so serious. 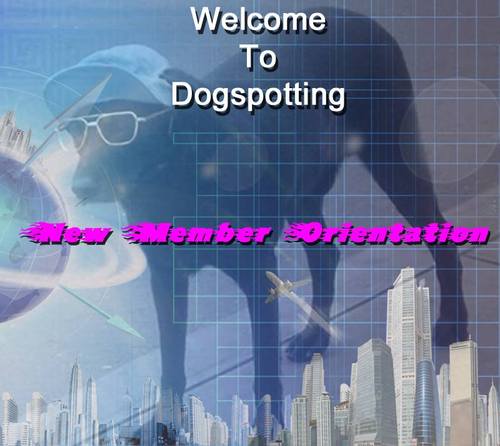 Erin Leeder is a staff writer and a second-year Bachelor of Journalism student. You can follow her at @155erin. Her dogs are not on Twitter.