Award-winning journalist and Arkansas native, Mara Leveritt has spent her career writing extensively about the legal system in her home state and made some shocking discoveries in the process.

A contributing editor for The Arkansas Times and the author of two non-fiction books, Leveritt’s lengthy career has been particularly focused on two cases. 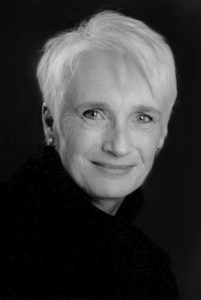 The suspicious murder of two teenage boys led to the publication of her first book, The Boys on the Tracks, which proved to be a powerful examination into prosecutorial corruption. Her second book, Devil’s Knot, focused on the 1994 murder of three eight-year-old boys and the three teenagers (collectively known as the West Memphis Three) who were subsequently found guilty of the crime.

‘I realised that there was a huge beat—let’s call it the legal system—that was under-reported to the point of invisibility,’ says Leveritt.

‘Police. Jails. Courts. Prisons. Drugs. I began focusing on these topics and I think that simply because so few others were even looking seriously at this arena, anything I did became viewed as investigative.’

Alongside the documentary trilogy Paradise Lost, Devil’s Knot became one of the first champions of the cause to free the West Memphis Three. Yet before she finished writing the book, Leveritt admits that her stance on the case was fairly neutral.

‘I approached the writing of Devil’s Knot with the belief that the three teenagers did not get fair trials. I was ready to change that perception at any time if my research showed me to be wrong,’ Leveritt says.

But the little evidence against the convicted teenagers, Damien Echols, Jason Baldwin and Jessie Misskelley, simply did not add up and Leveritt found herself, ‘personally convinced that the three accused could not have been the killers.’

She decided to speak out in favour of re-trials for the convicted men and along with a host of other champions of the cause, which incidentally included celebrities such as Johnny Depp and Pearl Jam frontman Eddie Vedder, the West Memphis Three were released from prison in August last year.

But the story doesn’t end there. Although Echols, Baldwin and Misskelley are now free men, the three were forced to plead guilty under a legal manoeuvre known as the Alford plea. This means they have not been fully exonerated for the crime, a fact that supporters such as Leveritt are all too aware of.

She is currently writing Justice Knot, a follow-up that will examine the ‘public action, legal expertise, and political negotiation that led to the men’s unsatisfactory release from prison.’

‘I am writing Justice Knot with Jason Baldwin, who shares my interest in law and its consequences,’ Leveritt says.

‘He and I see this book as being about much more than this one case. We know that some of its most dire aspects appear time and again in cases throughout America and probably the world.’

Baldwin was just 16-years-old when he was sentenced to life without parole and has since gone on to fight against the harsh sentencing of juveniles. Justice Knot will delve into his personal experiences living among juveniles in the Arkansas prison system.

‘Our hope is that readers will see more clearly how Arkansas officials handled this historic case,’ says Leveritt.

‘That they’ll learn something about law and the power of activism and that they’ll come away with a realistic view of prisons and the people who inhabit them.’

Although she may be moving on from Devil’s Knot, the award-winning book will soon be coming to life on the big screen in a Hollywood production starring Colin Firth and Reese Witherspoon.

Leveritt hopes the film will shed light on the three big changes that she believes need to be made in the American legal system.

‘The first is technological. We must require that police video record all questioning of citizens from beginning to end and that courts do the same with all trials. The second is ethical. Our attorney general must end the practice of fighting to maintain convictions, even when there is clear evidence of a botched trial. The third is political. America must end its suicidal war on drugs,’ Leveritt says.

Those who believe that journalists must maintain strict adherence to the principle of objectivity might frown at Leveritt’s outspoken commitment to her stories, but she likens her journalistic approach to Heisenberg’s Uncertainty Principle.

‘The harder we try to measure or report one thing, the more we are missing something else,’ Leveritt says.

‘We fool ourselves with notions of objectivity, so I try for accuracy and fairness. Part of that commitment involves me being honest with my readers about where I stand as a writer.’

Apart from having to delve through tedious case documents, Leveritt has also had to master the art of the interview, having spoken to a wide variety of people while writing her books. A firm believer in honouring confidences absolutely, Leveritt believes in approaching an interview with curiosity and respect – and not pushing for interviews when someone refuses to do one.

‘As much as possible, I want an interview to be a genuine human encounter,’ she says.

‘I also bring my heart to interviews, not just my head, because the people I’m questioning are whole beings too, with thoughts and emotions.’

She may not have ever expected to be labelled an investigative journalist, or even a journalist of any kind, but Leveritt’s masterful interrogation of the American legal system makes her one of the best people to ask for advice for young journalists who want to undertake any kind of investigative work.

‘Be diligent. Be fearless. Be faithful to your readers, your subjects and yourself,’ she says.

Throughout the course of her almost three decade career, Leveritt has been honoured with numerous awards and accolades for her intuitive journalistic work, including two prestigious Booker Worthen Prizes.

But when asked what the most rewarding moment of her career has been, Leveritt modestly says, ‘Seeing my first story in print. Holding my first book in my hands. Seeing Jason Baldwin, Jessie Misskelley and Damien Echols walk free.’

Isabelle Laskari is a second-year journalism student at La Trobe University. You can follow her on Twitter: @msisabellel