The mysterious red planet will make its closest approach to Earth on 6 October. 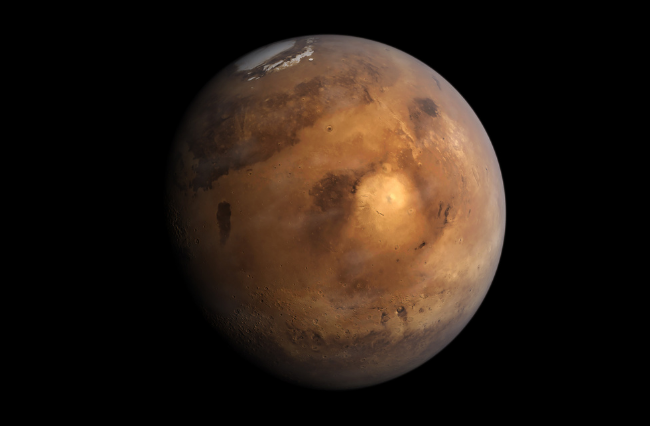 If you took a moment to peek out the window and gaze upon the stars over the weekend, you may have caught a glimpse of a fiery red star just near the moon. That star was in fact Mars, the red planet shining in all its glory.

As the fourth planet to orbit the Sun in our Solar System, our second closest cosmic cousin will soon be the nearest it’ll be to our planet for another 15 years.

Mars will be a short 62.1 million kilometres from our home, meaning that stargazing is very highly recommended as Mars will be bright and easy to spot without a telescope.

The closest possible encounter is said to be when the Earth is furthest from the Sun, and Mars is closest to the Sun. This results in a minimum distance between the two planets of around 54.6 million kilometres.

This order is called an opposition, which happens approximately every two years. This particular event will occur on 13 October, when Mars will be on the direct opposing side of Earth to the Sun, according to NASA.

Mars and Earth don’t orbit the Sun in perfect circles or on the same plane; instead, their elliptical orbits are shaped like ovals. Unlike Earth, it takes Mars 687 days to complete an orbit around the Sun.

Unfortunately, our orbit is becoming further out of alignment with our closest neighbour, and won’t appear this close again until 2029, peaking at its’ closest approach in 2035 at around 56.9 million kilometres.

So, space exploration entities such as NASA are taking the opportunity while they can, with the Perseverance rover travelling through space for its’ landing on Mars in February 2021. This is one of many missions en route to Mars, such as China’s Tianwen-1 and the United Arab Emirates’ Hope probe.

If seeing Mars is on your bucket list, Science alert has recommended checking a sky chart to research where the planet will be in the night sky based on your location; so you can “plan for the best viewing”.

Photo: Mars by Kevin Gill available HERE and used under a Creative Commons Attribution. The image has been modified.