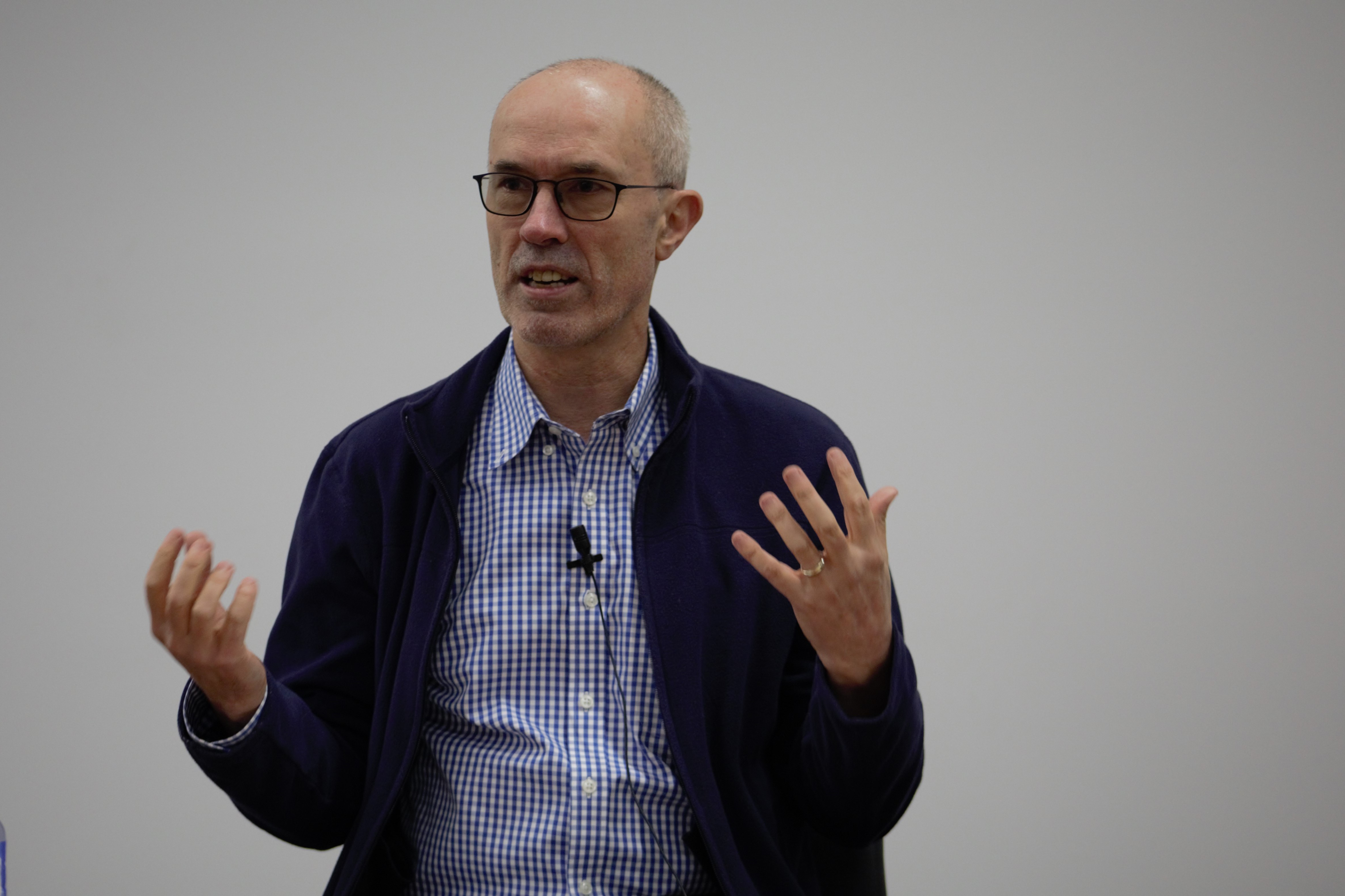 Richard McGregor quips that his new novel, Asia’s Reckoning: China, Japan, and the Fate of U.S. Power in the Pacific Century, “isn’t a beach read.”

The book primarily examines the relationship between Japan and China since the USA’s involvement in WWII.

At a seminar hosted by La Trobe Asia, McGregor explained he was driven by a desire to tell a good story.

“I really just set out to tell a story, which is a narrative since the ’50s,” he said. “Apart from it being an interesting story, it’s a highly consequential story.”

Working for The Australian in Tokyo and Hong Kong, as well as establishing The Australian’s first China bureau in Beijing in 1997, Richard McGregor’s writing is fuelled by a broad experience of the two cultures.

McGregor described the complex relationship between the two countries, the second and third largest economies in the world.

“It’s really striking how Japan and China, over many years, have demanded that the West treat them as equals, but [they] have never really treated each other as equals,” he said.

“I haven’t written a book called The Coming War With China and Japan, but there’s no doubt the possibility of military conflict is closer than it has been for a long time,” he said.

“If there were to be any military conflict between [them], the entire global economy, one way or another, [would go] through these two countries.”

He went on to explain the importance of the USA’s relationship with the two countries.

“It’s not just about China and Japan, because if you involve China and Japan you inevitably involve the USA, because the USA has set the architecture in East Asia since the end of the war,” he said.

Although the United States’ military presence in Japan and South Korea for the last 70 years has increased tensions between China and Japan, it has successfully kept the peace.

McGregor believes that now US President Donald Trump is in power, his brashness and unpredictability threatens to upend the region.

He quoted President Trump from a 2015 pre-election interview with The Economist.

Richard McGregor is well-placed to explore the interesting and complex relationship between China, Japan and the United States.

Asia’s Reckoning will be released on 5 September.

Andrew has recently moved from Adelaide to Melbourne to study a Master of Communication (Public Relations) at La Trobe University. Follow him on twitter at andy_handley.