Australian band MOBS were forced to cancel their upcoming American tour with only a contradicting explanation given to them by the US government. 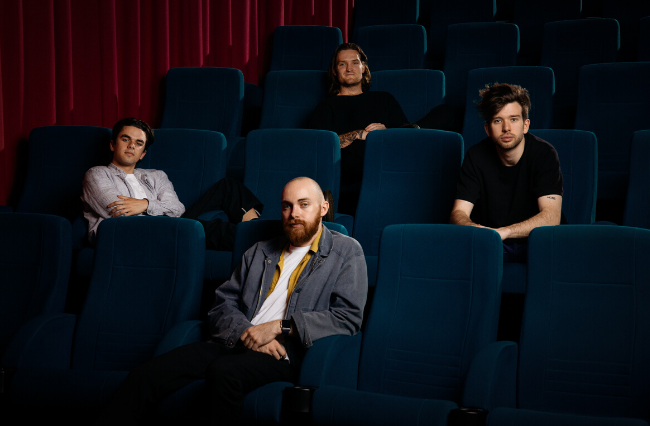 It is the night of 31 January 2020. Michael Ashfield, Jordan Clarey, Scott MacDougall, and Matt Purcell, the four members of Melbourne-based band MOBS are finishing up their soundcheck at The Leader Hotel.

The band put on the free show to hype up their upcoming debut tour in America, scheduled only for a couple of weeks later. They were all very excited to say the least.

As they head back-stage and check their phones, one notification grabs their attention. And the message that was read out amongst the four is a collection of words that immediately changed the mood between the band mates, and something lead guitarist Ashfield will never forget.

“Boys, our visas just got denied.”

Ashfield remembers a sudden rush of distraught after he realised that, for once, his bandmate was not joking around.

“There was this huge [message] from the embassy from America that had been forwarded onto us by our management… we were devastated,” Ashfield told upstart.

But while this was “the worst thing that could have happened” to MOBS at the time, people were still counting on them to play that night.

“There was a bit of willpower, like, ‘okay guys, this sucks but we need to just get through it, play the show’ and I think once we actually got on stage and we started playing, it kind of eased the pain a little bit,” he said.

But MOBS is far from being the first emerging band to get denied access into the US. While worldwide superstars like ACDC or Tame Impala are able to tour there without too much trouble and make a profit, for some bands who play in small venues and pubs, the reality is otherwise.

The country has various types of visas available for travelling musicians, each with individual conditions. According to the assessment of MOBS application, the US embassy believed that there was sizeable reasoning to deny the visas based on their international recognition.

MOBS have only previously travelled to China and other than that, have scheduled tours in the United Kingdom for 2020, but were relying on the American dates to reach out and extend their audience.

Ashfield thinks it is a shame to ban emerging bands, who already struggle to tour, from travelling based on how internationally recognised they are. As they had recently toured in China, MOBS were surprised that they were not considered an international touring band.

“They probably had more grounds to accept us than to deny us, but it probably just comes down to the guy on the day doing the application,” Ashfield said.

Unlike those bands who gain a quick following after one single, MOBS have had to work harder to create a name for themselves. The four Australian musicians came together six years ago and created the band Move On, Be Strong. Back then, they only released EPs, and toured nationally, playing as an opening act for bigger bands, and headlining their own small shows.

In 2017, the band rebranded as MOBS and took a two years hiatus to evaluate the direction they wanted to take when returning to the music industry, and eventually tour internationally. Their debut album, Cinema Paradiso, was released on 28 February 2020. And while fans were made to wait for the release, Ashfield says the process was worth it to ensure a record that MOBS could look back and be proud of.

The album is regarded as having an 80s vibe, paying tribute to the decade’s music and movie culture through the song titles, lyrics and sound mix.

The 1980s is a period of time that each of the band members has been influenced by and have enjoyed. MOBS believe this style fits perfectly with what the world is listening to at the moment.

“Even before it had become more of a mainstream thing, we’ve always been into the 80s music ourselves, even before we started doing it as MOBS,” he said.

“The movie [theme] was something different that I thought we’d done that no one else has really done where we tried to intertwine them [music and movies] … we grew up on these movies and it’s like a nostalgia thing.”

For these four young men who decided to take time to create the perfect album the denial of their visas was a hard blow. However, this will not stop MOBS from pursuing their dreams and one day make it to the US to tour.

Article: Tricia Mifsud is a third year Bachelor of Media and Communications (Sports Journalism) student at La Trobe University. You can follow her on Twitter @triciamifsud