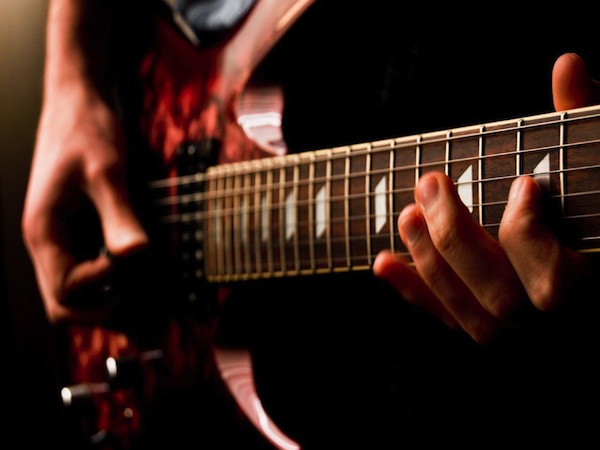 Victoria represents 29.8 per cent of this figure.

The report, conducted by the University of Queensland, indicated that musicians earned an average of $776 per week.

Twenty-year-old singer and songwriter, Tiana Stamenkovic, tells upstart that music will always be a big part of her life, regardless of income.

“There is nothing I would rather do than play music. It always has, and always will, come before everything,” she says.

However, the report claimed that a staggering 91 per cent of musicians are in a risky occupation, with most obtaining a second job to support themselves.

“On the surface, it’s a glamorous industry, but for every 30 minute set, there is about a month, [if not more], of planning and rehearsing,” Stamenkovic says.

An average weekly workload for Stamenkovic consists of 55 hours a week.

“In order to be a full-time musician, you need to have stable funds to pay for sound engineers, recording, driving to and from shows, as well as feeding yourself and paying bills,” she says.

She joins 58 per cent of musicians who exceed the recommended maximum of 48 work hours a week.

“Working multiple jobs is a necessity, and a lot of people have to do it, musicians or not,” she says.

“Music is a real job that people have to work hard at, and I feel like it’s commonly overlooked, which is a disappointing misconception, but it’s understandable.”

29-year-old father and musician, Brad Hunter, tells upstart that financing a musical career is the toughest part of the industry.

To balance this, he works part-time as a landscaper and dance school owner.

“If I had more finances, I could definitely do more things,” he tells upstart.

“If you can’t afford to do it, it slows the whole momentum. It’s a worry and very frustrating.”

Recently turning to music after working full-time as a social worker, Hunter says that support from friends has helped him develop his networking skills and further himself in the industry.

The report also found that 55 per cent of musicians were experiencing job insecurity at the time of the survey.

Musician, music student and instrumental teacher, Trent Jansz, tells upstart that he often feels uncertain about the future of his job.

“In my line of work, gigs come and go. If you’re fortunate enough to have a residency, chances are it won’t last forever, and that’s the way it is,” Jansz says.

“It can be very tough for musicians to gain gigs and keep them coming. We’re running a business ourselves and like any business, you need to have a solid network of contacts to ensure your product is in demand and your clients are getting the best of what they’re paying for.”

But Jansz says he’s confident about his future as a musician.

“I would say I’m always thinking of the future and long-term, but in the immediate future, I’m quite comfortable. You never know what opportunities may arise around the corner,” he says.

A recent report released by Entertainment Assist in conjunction with World Suicide Prevention Day, revealed that nearly half the people in the entertainment industry work irregular hours.

It also revealed that 63 per cent of musicians have trouble maintaining a social life.

Stamenkovic admits she struggles to find time for her friends and family.

“The compromise and sacrifice is hard, but it’s something I’ve always been aware of, and I wouldn’t change it for anything,” she says.

Jansz advises musicians to be proactive and to take every possible opportunity.

“Even though it may all seem overwhelming to the young musician, if your aim is true and you’re genuine, things will fall into place,” he says.

“Besides performing and teaching, that is the only way I support myself. It has been very kind to me thus far, I am very blessed.”

Jena Marino is a third year Bachelor of Journalism student at La Trobe University. She is also the creator of Melbourne music blog, The Real Songwriters of Melbourne, which you can check out here.