The Melbourne CBD and surrounding suburbs will have an increased police presence this weekend ahead of an exciting few days of sport and entertainment. 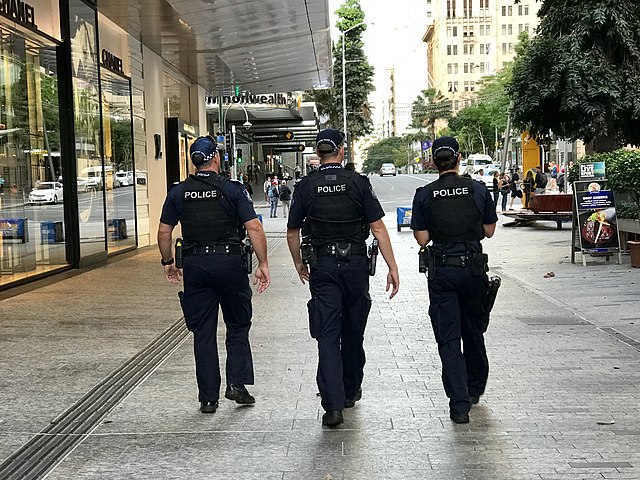 Melbourne citizens have been advised to be on their best behaviour this weekend, as the police are increasing their presence in the city ahead of a big weekend of entertainment.

Victoria Police Commander Tim Hansen is confident the increased security measures will be enough to keep the city safe.

“Our message to anyone thinking of coming into the city to cause trouble is simply don’t bother – you will be arrested and held to account if you break the law,” he told the AAP.

“We have never been better prepared or equipped to crackdown swiftly on troublemakers in the city.”

The White Night Reimagined festival will take over Melbourne theatres, gardens and public areas (including Birrarung Marr) from Thursday to Saturday with art, food stalls and music performances.

This weekend also holds the final round of the home and away AFL season.

The MCG will host Collingwood and Essendon on Friday night followed by Richmond and top of the table Brisbane on Sunday afternoon.

Marvel Stadium won’t be holding any football this weekend, as it will be transforming into a basketball court. That’s ahead of Thursday and Saturday’s exhibition games between the Australian Boomers and the USA Basketball team.

On multiple occasions this year police have had to deal with brawls between football fans at the MCG.

The increased police presence this weekend will look to prevent similar events from occurring.

Photo: Police officers of Queensland Police Service, on the beat, in Brisbane Australia by Kgbo available HERE and used under a Creative Commons Attribution. The image has not been modified.