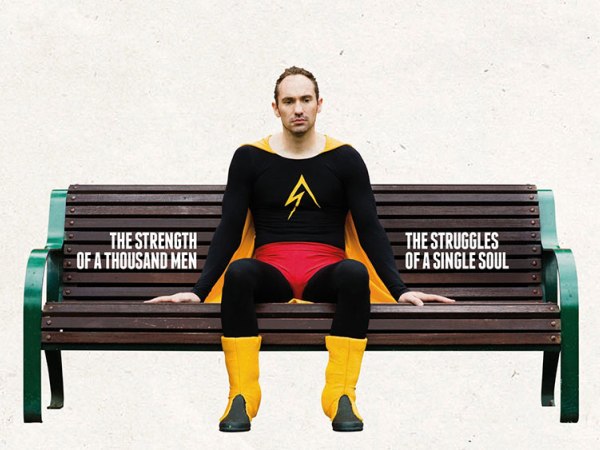 This six-part web series follows the other side of Altruman’s life; a side that doesn’t involve crime-fighting, but still presents him with his greatest challenge yet – being human.

Altruman is not your typical superhero. Where did the idea come from?
We were actually given the task of making a superhero film for the 48 Hour Film Project back in 2009. We came up with the idea of a superhero with cancer – probably inspired by my Mum’s own battle with the disease – and even though we didn’t get the film in on time, we liked it so much that a few years later we decided to start developing it into a web series.

What was the biggest challenge you had to overcome making this series?
Making anything on a small budget it always a challenge and this was no different.

How do you reach your audience?
We were lucky enough to be picked up by ABC iview , which put us in front of a huge audience we wouldn’t have found otherwise. It’s lucky because I think we subconsciously made it with an ABC audience in mind – there are even references to past ABC shows peppered through the script.

How did you finance your series?
We put a lot of our own money in, called in a lot of favours from talented crew and cast, and also had a grant through Screen Australia’s Multiplatform stream, which was obviously very helpful.

Is your series an ongoing project? If so can you give us some clues about what comes next?
We feel like we’ve told enough of Altruman’s story for the time being. We do have some other stories in the pipeline though…

Please tell us a quirky and/or interesting fact about yourself or team that’s unrelated to your web series?
Boomgate Films’ name came from our wanting a caravan park-themed name, since our feature film, Starfish, centres around a caravan park.

How long have you been making web series for?
This was our first, although, since it was a part-time project, it took us the best part of two years to complete. So quite a long time, though we don’t have much to show for it.

When are you completely satisfied with your work?
I’ll let you know.

What’s the magic formula for a successful web series?
Explosions.